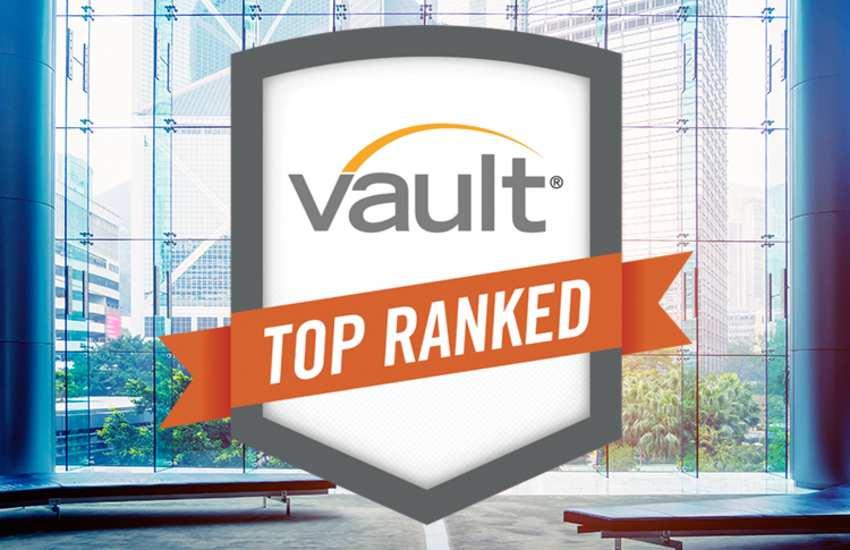 The results are in, and for the sixth straight year, Cravath, Swaine & Moore LLP has clinched the No. 1 spot in the Vault Law 100, making it the most prestigious law firm yet again. At its heels is a familiar face—Wachtell, Lipton, Rosen & Katz, which has reclaimed its No. 2 spot this year after falling to No. 3 in the 2021 rankings.

The top 10 most prestigious firms based on Vault’s Law Firm Associate Survey for 2022 are:

This is the fourth straight year that these 10 firms have been at the top of the Vault Law 100.

Cravath sits comfortably on its Top 100 throne with a prestige score 8.976, 0.365 points higher than Wachtell’s (still impressive) score of 8.611. Survey respondents describe Cravath as “extremely prestigious,” “top notch,” and “elite” and also note that the firm is an “industry trend-setter” and “compensation leader.”

“Cravath and prestige go hand in hand, with the firm securely atop the Vault Law 100 year after year and also within the top 10 of multiple practice area rankings—including the top position in General Corporate Practice,” said Mary Kate Sheridan, Senior Law Editor at Vault. “When Cravath speaks, other firms follow. The firm has established industry standards on hiring and compensation for years, and even when it isn’t the first to move, Cravath’s decision to join influences the market—as with this year’s compensation and special bonus announcements.”

Perkins Coie had the biggest leap of the group—one that has been building since it broke into the top half of the Vault Law 100 in the 2019 rankings. Long the No. 1 firm in the Pacific Northwest, Perkins Coie also propelled seven spots up in this year’s Northern California ranking and moved up eight spots in the ranking for Washington, DC.

“Perkins Coie is definitely a firm to watch,” said Sheridan. “It has been steadily rising in prestige, and with the 2022 results, it looks like it could be a contender for the top 25 in years to come.”

While New York is home to some of the most elite law firms, recent years have seen the spotlight shift to other markets. But it’s shining on the Big Apple once again—this year’s Top 100 rankings marked a rise in firms with New York roots. In fact, around a quarter of firms that rose two or more spots in the Vault Law 100 are based in New York City, including Milbank LLP (No. 23), Willkie Farr & Gallagher LLP (No. 36), Fried, Frank, Harris, Shriver & Jacobson LLP (No. 46), Schulte Roth & Zabel LLP (No. 79), and Kramer Levin Naftalis & Frankel LLP (No. 92). Not to mention, the majority of the top 10 in the Vault Law 100 hail from New York.

“Corporate practice has been particularly busy this past year—especially with the rise of SPACs—so it isn’t surprising to see the New York market getting noticed,” said Sheridan. “We’ve also seen some New York firms—like Milbank and Willkie—becoming market leaders in compensation and expanding their reach outside of New York, which is likely drawing attention.”

Vault has long ranked the top law firms in Chicago but this year is introducing a new ranking featuring the most prestigious midsize law firms in the Windy City. The ranking is based on votes from associates who work in the Chicago region. Claiming the No. 1 spot in the Midsize Chicago ranking is Barack Ferrazzano Kirschbaum & Nagelberg LLP, followed by Bartlit Beck LLP (No. 2), Neal, Gerber & Eisenberg LLP (No. 3), Goldberg Kohn (No. 4), and Eimer Stahl LLP (No. 5).

“While many elite BigLaw firms have active practices in Chicago, the city is also home to numerous midsize powerhouses,” said Sheridan. “For law students and lawyers who are hoping to practice in the Midwest, these midsize firms offer complex legal work in a more intimate setting—plus many pack in that enviable Midwestern charm.”

Shakeups in Northern California and the South Atlantic

The new midsize ranking isn’t the only change in Vault’s regional rankings this year. The Northern California ranking saw a new No. 1, with Cooley LLP taking the top spot for the first time ever. The firm has been a regular in the Northern California top 10 for more than a decade and has slowly been making its way toward the top over the years. Notably, the firm also broke into the top 25 in the New York ranking, after a steady climb from No. 40 in 2020 and No. 33 in 2021.

In the South Atlantic ranking, Alston & Bird LLP reclaimed its No. 1 spot, after falling to No. 3 in last year’s ranking.

Vault’s No. 1 firms in each region are:

The full rankings for each of these regions can be found here.

Along with its rise to the top in Northern California, Cooley made its mark in this year’s practice area rankings. For the first time ever, the firm moved to the top of Vault Law’s Privacy & Data Security ranking, jumping one spot from its No. 2 rank in 2021. The firm also maintained its No. 1 spot in Emerging Companies & Venture Capital and moved up in the rankings for Intellectual Property (No. 5), Mergers & Acquisitions (No. 12), and Private Equity (No. 15).

There were no changes at the top in Vault’s remaining 25 practice area rankings. View all of Vault’s 2022 Practice Area rankings here.

Behind the Vault Law Rankings

The Vault Law 100 ranking is based on scores from more than 20,000 law firm associates surveyed earlier this year, who were asked to rate law firms on a scale of 1 to 10 based on prestige. Survey respondents were not allowed to rate their own firms and were asked only to rate firms with which they were familiar. In addition to the industry-wide ranking of overall prestige, Vault Law also asked associates to rate the local prestige of law firms in their region and to select the strongest firms in their specific areas of practice. From this data, Vault Law produced 17 regional prestige rankings, including rankings for Boston; Chicago (for both large and midsize firms); New York (both for large firms and midsize firms); Northern and Southern California; Texas (both for large and midsize firms); Washington, DC; and more. Vault also produced 27 practice area prestige rankings, including rankings for Bankruptcy/Restructuring, Commercial Litigation, General Corporate, Intellectual Property, Labor & Employment, M&A, and Privacy & Data Security, among others.

Vault Law, an Infobase company, is the most comprehensive and trusted resource for law students and laterals to research law firms. Vault Law’s law firm rankings and profiles deliver the insider perspective and essential information candidates need to make successful career decisions. Each year, Vault Law surveys thousands of associates to understand what life is like for attorneys at the nation’s top law firms. Vault Law ranks law firms by prestige, region, and practice area as well as top firms for quality of life using its annual survey results. Additionally, Vault Law publishes other valued resources including the Vault Guide to Summer Associate Programs and Interviewing, Practice Perspectives: Vault’s Guide to Legal Practice Areas, and Law Firm Diversity Profiles. Through Vault’s law school platform, thousands of students from nearly 100 partnering law schools across the country have unlimited access to this critical information.

A Day in the Life: Law Firm Summer Associate 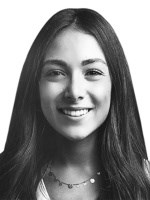 Efat Elsherif is a 2L summer associate in White & Case’s New York office. Efat graduated from McGill University in 2016 with a B.A.

There is no doubt that OCI can feel like an intimidating process. But, it is also a very exciting and important process for many looking to transition from law school into practice at a firm.

You may have heard the term “secondment” and wondered, “exactly what is a secondment and why should I consider doing one? ” Good questions!

Pride Month is a time to celebrate and elevate LGBTQ+ voices—to quote a recent White House proclamation, “Pride is both a jubilant communal celebration of visibility and a personal celebration of self-worth and dignity. ” But this month is more than just a celebration: It is also a time to reflect more seriously on challenges the LGBTQ+ community continues to face and to reaffirm solidarity in the fight for equality.