Norton Rose Fulbright seeks top law students and puts stock in prior work experience and a friendly personality. The level of socializing varies between offices, but the common thread is true congeniality. Partners and associates have strong, respectful working relationships. Firm leadership has taken steps to be more transparent, such as by hosting monthly calls, and associates agree they’ve felt more looped in recently. Overall, associates feel the billable-hours requirement is reasonable, and though it can get busy at times, the firm attempts to distribute work evenly and provides flexibility in when and where it gets done. Compensation is market; in addition to annual bonuses based on billable-hours, the firm has implemented a monthly bonus system for those who don’t meet the ...

With more than 800 lawyers based in the U.S. and another 3,000 around the globe, Norton Rose Fulbright is a legal force. The firm has dozens of offices across six continents, and is particularly well known for its Energy practice.

Teaming Up to Go Global

Norton Rose Fulbright is the product of some of the last decade’s largest law firm combinations, but the legacy firms each had a long history before the recent mergers. U.K.-based Norton Rose traces its history to the late 1700s, when attorney Robert Charsley hung out his shingle in London. Over the years, the firm expanded through organic growth and combinations to become one of the 10 largest firms in the world by 2012.

Meanwhile in the United States, R.C. Fulbright founded a firm in Houston... 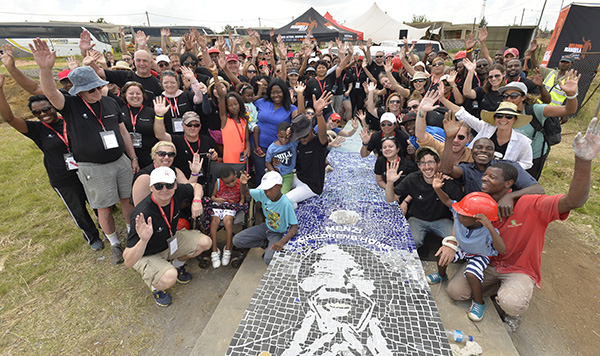 "Diversity Program Highlights Norton Rose Fulbright believes that actions speak louder than words. We continuously strive to make a difference to help shape the future in a way that provides economic and social benefits to all. Across our 50 plus offices around the world, our differences are what make us stronger in creating an inclusive environment where everyone can bring their whole self to work and realize their career potential. Working together with over 50 partnerships, we are committed to advancing diversity at the Firm..."
Read the Diversity Report