Why Sleeping is Good for Your Career 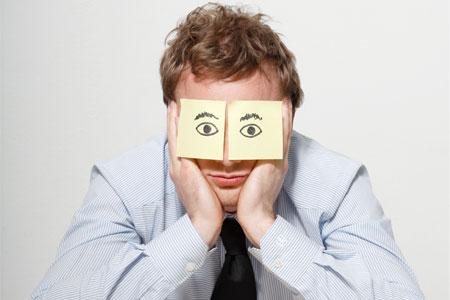 With the launch of the consulting rankings I oversee being less than a month away, the concept of sleep deprivation—and particularly the correlation between sleep and productivity—is something that's always close to my heart at this time of year. Not only do I lose sleep worrying about all the moving pieces involved in putting together the rankings and associated company profiles, I also get to tease apart the survey data to look at questions like whether there's any correlation between hours spent working and overall job satisfaction. (Spoiler: there is.)

So I was somewhat torn to discover a recent Freakonomics podcast episode on the economics of sleep sitting on my phone during my commute this morning—a journey that I'd planned to use to grab an extra spot of shuteye on my way to Vault HQ.

I'm glad that I chose to hit play—and to stay awake during the episode—as there were some genuinely interesting takeaways and data points about how sleep can affect everything from your ability to perform simple tasks to your lifetime earnings potential. While I'd recommend listening to the full episode, here are a few of the points I noted:

This was the biggest takeaway for me: a study by two economists cited on the show found that "permanently increasing sleep by an hour per week for everybody in a city, increases the wages in that location by about 4.5%."

The amount of sleep you get dictates your job performance

Another study cited in the program examined the effect of sleep deficits on the ability of subjects to complete tasks. Here's what one of the researchers had to say about the results:

"The less sleep we gave people at night, so if went from seven or eight hours a night down to six or five, the more we got this cumulative rate of build-up of these deficits. They got worse every day. When the sleep got very short, down to four hours or three hours, they got worse every day very rapidly and very dramatically. So there was a dose-response function. The less sleep you got chronically, the more rapidly you deteriorated […] You simply cannot think as fast and solve a problem as quickly when you’re sleep-deprived as when you’re not sleep-deprived."

With that in mind, it's not hard to figure out why the sleep-deprived among us wind up earning less: they simply can't do their jobs as well.

Late risers are at a disadvantage, but there's hope

As someone who hates the sight of the morning, this final takeaway was extremely interesting for me: the show cited a Danish study that found that there are two broad categories of people—"early birds" and "late risers."

I know—not exactly earth-shattering news. But here's the interesting part: according to the program, the world is set up to the advantage of early risers. Work and school start early, so the ability to function at your peak early is a significant advantage. And, as we've seen, that advantage can easily translate into lots of money over a lifetime.

Here's the good news for us slugabeds: the concepts that underpinned traditional working hours are fading. Most of us no longer work in occupations where daylight is necessary to be able to do the job. Those of us who are more productive when the screen in front of us is brighter than the world outside the door are finally coming into our own. Don't believe me? Then consider this: the Danish study mentioned above found that the earnings gap between the so-called early birds and late risers has fallen over the past decade, from 10-12 percent to just 4-5 percent. The reason: relaxation of shopping laws and increasing flex time among Danish employees.

So there you have it: the secret to a prosperous career is to get enough sleep. Turns out your mom was right all along.

What’s your take on all this? Let us know in the comments. I'd love to read your thoughts--assuming I can stay awake.

Should We be Working Less and Sleeping More?

Productivity: Why Your Mind is More Important Than Your Time

Challenge Yourself to Mindfulness at Work

How to Reboot When the Job Feels Stale

We’ve all experienced the Monday blues at one time or another. You know the feeling: You’ve returned to the office after a great weekend, and before you even sit down in your chair, you’re already wishing it was Tuesday.

From Classroom to Cubicle

After graduation, most students assume their lives will drastically change as they transition from a college classroom into their careers of choice. After starting work, however, they may be surprised to find the number of ways life does not change.

What Are the Differences Between a Career Coach and a Mentor?

When we hear the term "mentoring," the first word that may come to mind is "coaching. " The fact is that both of these words mean completely different things, especially when it comes to hiring a career coach or a mentor.

Today, nearly one in five jobs is performed by a part-time independent contractor or freelancer. That’s a 60 percent rise versus the number of jobs that part-timers held 15 years ago.