How to Be a Professional and Not Just an Employee 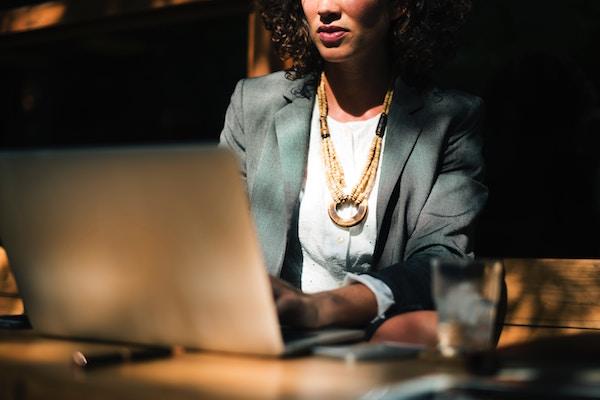 Do you keep managers and clients up to date with where you are with projects, often letting them know when they can expect to see something from you? And do you let clients or managers know ahead of time, and not at the last minute, if you think you're going to need some extra time completing something? If so, this is a sign that you work like a professional.

On the other hand, if clients and managers are often unsure where you are on their projects, and often surprised when you don't deliver on time, then you're not working so professionally.

Contrary to what your friends and family might tell you, most people don't like to be surprised (not unless you're gifting them something like tulips, tickets, or cashmere). Telling your boss one hour before the deadline that you won't be able to deliver is infuriating. And it won't do anything for your professionalism.

Do you over-promise and under-deliver? Or do you under-promise and over-deliver? If you're the former (an over-promiser and under-deliverer), you're going to drive your managers crazy. There's little worse than trusting that someone will finish x, y, and z, only to be told, much too late, that x, y, and z aren't going to happen. Often, all sorts of plans have been put in place for you to complete your part of the job, and if you don't come through, the integrity of an entire project could be compromised. So don't do it. That is, don't say you're going to do something and then not follow through.

On the other hand, if you under-promise and over-deliver (only promising to do things that you're able to and, from time to time, going above and beyond that), then your managers will respect you, want to work with you, want to promote you, and want to treat you like a professional. You'll be known as someone trustworthy, always able to do what you say you will. Which is pretty much Professionalism 101. If you do what you say you're going to do, you'll be on your way to being a true professional, and well ahead of most other employees, even very good ones.

Just as infuriating as someone who over-promises and under-delivers is someone who claims to know things they don't, and claims to know how to do things they don't. Don't be that type of worker. Instead, admit that you don't know how to do something. And admit and own up to your mistakes. Professionals don't know everything, and they know it. Which is to say, professionals know the things they don't and never would admit to knowing them. Also, they have the confidence to own up to their not knowing, and to their mistakes. Professionals are unafraid to say, "I don't know" and "That was my mistake." They're also unafraid to ask, "How can we make this better?" and "How can we rectify this mistake?" (For a great example of a professional who has no fear of saying, "I don't know," check out this new, inspring and enlightening podcast featuring author, essayist, and journalist Ta-Nehisi Coates).

Have you ever been in a meeting where one person presents an idea, then another person presents another idea that's sort of the opposite, and then the first person becomes argumentative and shoots down the opposing idea with a lot of negativity? Well, that first person is most definitely not exhibiting professionalism. A professional would, instead, if he or she didn't agree, maybe state that the opposing idea is interesting, but it might not work because of a, b, and c, explaining these points calmly, not argumentatively. Taking an argumentative stance, especially immediately, is never a good idea.

It is, though, a good idea to take some time to digest criticism or an opposing view before replying. What I've found is that, often when I'm given criticism, the first thing that goes through my mind is, "You're wrong, I'm right, you don't know what you're talking about." However, upon further reflection, and the more time that passes between the criticism and me thinking about it, often what then goes through my mind is, "You're right, I was wrong, and your criticism was not only spot on but also now I see it was merely meant to help."

In other words, don't react to criticism so quickly. Allow some time to pass before you respond. It's the professional thing to do.

Why Do Corporate Psychopaths Get Promoted More Often Than Their Colleagues?

8 Tips Regarding Cursing at Work

Whether it’s your first day on the job or you’re celebrating five years with a company, it’s important to know the culture of the organization you work for and how your language is perceived by colleagues and clients. To that end, you’ll want to consider these eight tips before deciding if you can loosen your profanity filter at work.