Should Employees Be Allowed to Take Mental-Health Days? 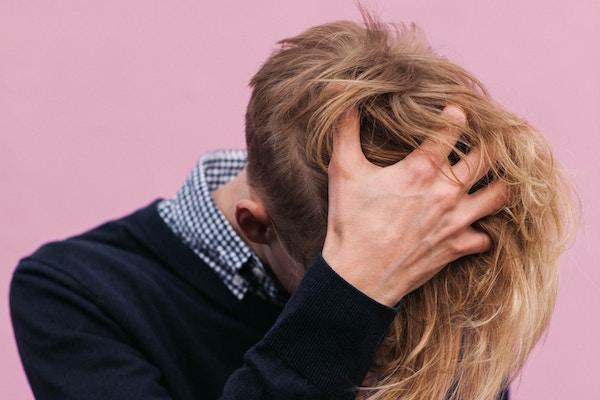 Just about every U.S. company I know of allows its employees to take a certain number of sick days each year. These days might be included in an employee's overall Paid Time Off package or might be treated separately from vacation days. In both cases, it's accepted that employees might get sick and thus might need a day off, from time to time, to heal. Which is to say it's widely accepted that employees' bodies might get sick and so employees might need to take sick days every once in a while to get better. What's not widely accepted, though, is that, from time to time, some employees' brains might get sick, and so some employees might need to take a day off, here and there, to rest those brains and heal them.

That said, some companies, both big and small, are using their collective brains and coming to realize that brains are indeed part of our bodies, that mental health is health, and so people that suffer from mental-health conditions also need a day off to heal themselves every once in a while.

More companies are trying to destigmatize mental illness and encourage workers to use mental-health days for their original intent. EY, or Ernst & Young, has an initiative called “r u ok?” that encourages workers to check in with each other and offer support to those who might be struggling. American Express Co.’s employee-assistance program offers on-site access to mental-health professionals and free counseling. Prudential Financial Inc. gives employees flexible work arrangements and access to mental-health professionals.

Taking time off for mental illness can qualify as a sick day or personal time off, depending on the company’s policies.

The policies don’t just reflect employer benevolence. Major depressive disorder alone cost companies $78 billion in lost productivity in 2010 because of employees showing up to work while struggling with the illness, according to a 2015 study published in the Journal of Clinical Psychiatry.

In other words, allowing employees who need mental-health days to take them is not only the humane thing to do, it's also the financially sound thing to do.

And along with offering mental-health days (or in lieu of them), some companies are offering unlimited time off to help employees who suffer from mental illness.

Boston software company HubSpot ... offers its roughly 1,800 employees flexible hours and unlimited vacation so they can take time off without feeling forced to explain why, says Katie Burke, the company’s chief people officer. The aim is to make employees feel comfortable “taking off the armor” and sharing who they are without forcing them to divulge their private struggles, she says.

Indeed, since there's still such a stigma around mental illness, many employees hide their mental-health issues. According to a 2015 study, nearly three out of four workers with mental-health conditions keep their conditions a secret because they fear their jobs would be adversely affected if they were to be open about their health issues. Which, considering that one in five Americans suffer from some sort of mental illness, means that there are several million people working in the U.S. today who have a mental-health condition and are hiding that condition from their employer.

The effects of this can be devastating both to these employees, who could grow more anxious and ill as they have to keep their conditions a secret, and to employers, who unknowingly are hurting their own bottom lines as many of their employees become unproductive due to an inability to recharge, not to mention an inability to be themselves in the workplace ("bringing your whole self" to work has long been known to increase productivity).

Which is why it's so important that big employers like EY and Amex continue to offer policies to help employees with mental-health issues in any way they can. By doing so, these companies and others not only improve the lives of their employees and improve their own bottom lines but also continue to destigmatize mental illness, potentially improving the lives of millions of more people working today.

Finally, anyone unfamiliar with mental-health conditions, such as depression, PTSD, and ADHD, might want to consider checking out the following video, which includes interviews with a web developer from Michigan who suffers from mental illness and the CEO of the company she works for. The web developer, thanks to her company's policies, is able to be open about her illness at her workplace. In her interview, she talks about how much this ability to be open at work has helped her remain healthy (she also talks about an email she sent to her coworkers about her mental illness that became national news this past summer). Meanwhile, her CEO talks about why his tech company goes to such great lengths to support employees with mental-health conditions. One reason, which he notes in the interview, is that dealing with mental ilness in the workplace isn't just an HR issue but also a company performance issue.

6 Ideas for a Healthier Workday

Having a wellness-focused workplace can help improve your productivity and overall happiness at work, a benefit to both you and your employer. Healthier workplace initiatives may sometimes take a back-burner to seemingly more important work-related tasks, but there are things you can do to make your workplace recognize these priorities.

How to Change Your Work Routine to Walk 10,000 Steps a Day

Since sitting is the new smoking and walking is the new running, scores of people are trying to figure out how to sit less and walk more. In fact, many are aiming for 10,000 steps (about five miles) a day.