How to Run an Effective Meeting 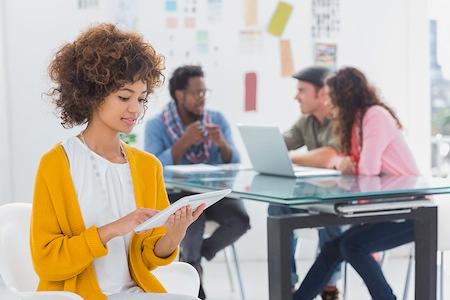 Have you ever sat through a meeting that has no set purpose, goes nowhere, and wastes the time of pretty much everyone involved?

Of course you have: that's pretty much the definition of "meeting" in many companies.

But what if there were another way?

Imagine a promised land where meetings didn't devolve into the loudest person grandstanding regardless of their actual knowledge or ability, or your colleagues taking jabs at one another without naming names in order to explain why thie thing they're responsible for isn't as good as it could be.

In that place, the person running the meeting would probably be able to say, with a straight face, that "I like to have a clear agenda, know what we're trying to get done, get it done as quickly as possible, and move on." (And, yes: someone would actually be running the meeting.)

Apparently, such places do exist—at least according to the following video from the Wall Street Journal, in which a selection of leaders from companies such as YouTube, Microsoft and Ford share their tips for running meetings that actually accomplish something.

Of course, it's important to note that none of the other attendees at these mythical meetings (i.e. the employees) are featured in the video, so we can't tell how the advice we're being given actually plays out in the real world. But if you're interested in the theory of what makes for a good meeting, you could do worse than spend the 55 seconds it will take to watch the clip.

Are Standing Desks Hurting Your Health?

Remember all that talk about how great standing desks were for you? How they helped you live longer, prevented lower back pain, made you more alert and thus more productive?

What Does 'Bring Your Whole Self to Work' Mean and Why Is It Important?

How to Deal with Passive-Aggressive Colleagues

We're all guilty of occasionally acting in passive-aggressive ways at work. We may use humor to deflect criticism, half-heartedly say yes when we mean no or signal disinterest by waiting days before replying to an email.