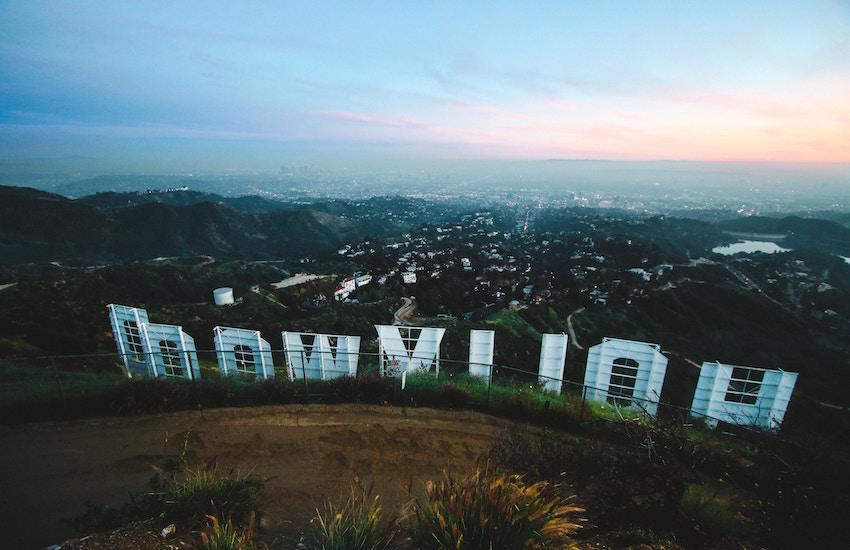 Underscoring Driver's stardom, the ex-marine-turned-actor recently received The New Yorker treatment—a 7,400-word profile in the magazine. And from that profile, there's much to learn about how to succeed and excel, no matter which career path you might take.

1. If at first you feel like a "loser," and then you fail and fail again, keep trying and trying—eventually, if you keep at it, you'll reach your destination.

Driver's success didn't happen overnight. It took Driver quite a while and several missteps to get his big break as Sackler, "a mysterious weirdo whom Lena Dunham’s character, Hannah Horvath, visits for booty calls." In fact, Driver's first attempt at a career in acting literally fell flat. When Driver was 18, he drove across the country from the tiny Indiana town he grew up in to Hollywood in search of silver screen success. What he found instead was a dead end.

On the drive out, his car broke down and, as a result, he almost went broke. When Driver finally made it to Los Angeles, he was scammed by a real estate agent who was supposed to help him find a place to live; Driver was left with almost no money. As The New Yorker explains, "He walked around the beach in Santa Monica, calculated that the two hundred dollars he had left was enough for gas money, and drove back to Mishawaka, where he got his job with the 4-H back. He’d been gone a week. 'It was all just embarrassing,' he said. 'I felt like a f&^%ing loser.'"

Even before that, Driver wasn't exactly an acting prodigy. After not landing parts in various school productions, he only got his first leading part as a high school sophomore. After that, due to encouragement from a drama teacher, he auditioned for Juilliard, the prestigious acting school in New York. Driver was denied; he wasn't admitted. But years later, after a stint in the marines, Driver applied again—and was accepted. He received his first big part soon after he graduated, and a series of subsequent stage and screen roles ultimately led to his role as Sackler.

The morale of Driver's success story is try not to let your failures stall you. Instead, let them motivate you to do better, work harder, go further, try again. There's no straight path to success. If you want something badly enough, and you keep at it, it'll eventually happen. Be patient and persistent. Success usually takes time.

In addition to being patient and persistent, don't be afraid to be weird. Or, at least, different. On your quest to climb whatever career path you're climbing, if you only try to conform and do what others have done, you'll 1) never stand out, and 2) never find what makes you unique.

In the case of Driver, it's been exactly his unique qualities and traits that have catapulted him to success.

Steven Soderbergh, who cast Driver in "Logan Lucky" after he saw Driver's performance in "Girls," said of Driver's turn as Sackler: "He seemed to be operating with some different kind of compass. His physicality, his speech rhythms were all unexpected and yet totally organic. You didn’t feel like he was putting on a show or that it was mannered. He just seemed to be from another universe.”

Jim Jarmusch, who directed Driver in "Paterson" and "The Dead Don't Die," said it's Driver's "unusual usualness" that makes him such a unique actor.

And when asked what makes Driver such a director's favorite, Spike Lee, who directed Driver in "BlacKkKlansman," said: "Game respects game." If Spike Lee says you got game, then you're no fake, no imitation, no poseur.

And so, remember, no matter what others might do or say, no matter how many doors might close on you, stick to what makes you you. And, by all means, emulate others; there's nothing wrong with that. But don't imitate others. It won't get you far. And, on the off chance it does get you somewhere and brings you some success, you won't feel good about it.

3. You need the discipline of a soldier if you want to excel in your field.

Like Robert De Niro in his “Raging Bull” days, Driver is known for embracing physical feats. For “Silence,” in which Garupe is captured by the Japanese, he lost fifty-one pounds, on a diet of chocolate-flavored energy goo, sparkling water, and chewing gum. For “Paterson,” he learned how to drive a bus. For “Logan Lucky,” in which he plays an amputee, he learned how to make a Martini with one hand. “He wanted to be able to do it in a single take,” Soderbergh said.

Driver's drive was also on display at Juilliard, where "his classmates were mystified by the hulking ex-marine."

Gabriel Ebert, who later won a Tony Award for his role in “Matilda the Musical,” recalled their 9 a.m. movement classes: “I probably got there at eight-forty-five to stretch, and Adam was already in a full sweat, like he’d been there for at least an hour working out. He brought a discipline to his physical prowess that most of us didn’t learn until well into our second year.”

So, like Driver, make sure to put as much effort as you can in whatever it is you find yourself doing, in whatever role or position you're in. Get up before everyone else. Metaphorically and/or literally work yourself until you sweat. Since only you will know if you're working your hardest, be honest with yourself. Do as much as you can. Work as hard and as smartly as you can.

And never forget: a good agent (or publicist or recruiter) certainly helps.

Jake Tapper isn't afraid of conflict. The CNN anchor and debate moderator is well known for asking his subjects and guests tough questions.