These 5 Types of Employees Are Toxic for Teams 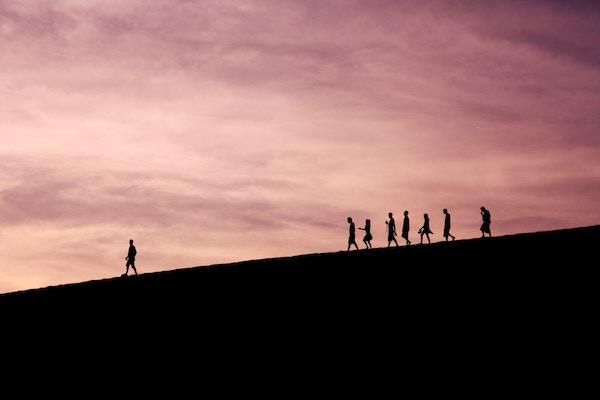 Collaborating with colleagues can be challenging, especially when working with someone who doesn’t quite grasp the concept of teamwork. Here are the five most difficult types of employees to work with on teams.

This doesn't mean the person who’s great at turning an old pillow case into a prom dress but the one in the office who insists on doing everything him or herself. Whether in general office matters or on a project, this person will hijack anything they can get their hands on and run with it. They have no trust or faith in the competency of their peers or direct-reports, so they do everything on their own. Because of this, the DIYer can never effectually lead or work collaboratively with others. This type of behavior is toxic for teams because it never allows anyone else’s thoughts or contributions to shine.

Have you ever seen this person? No one has—at least, not when you need them. The Ghost will float in and out of meetings and conversations without you even knowing they were there. When you need them to take the lead on a task, they’re nowhere to be found. They have an e-mail account and a phone number, so you’re pretty sure they exist, but it’s impossible to be certain. Ghosts are bad for the team because their lack of effort means everyone else must work twice as hard.

You may recognize this person from the way they preface every sentence with the word “actually.” This person knows everything and believes their way of doing things is always best. The Expert may sound a bit like the DIYer, but actually, they’re different because they have little interest in monopolizing the workload—they just want you to know the “right” way things should be done. Who gets the job done is of no concern to them. This person holds their team back because they never cede to another’s point of view, and they rarely have anything collaborative to contribute.

Did your team just knock a project out of the park three weeks early? That’s incredible—unless you’re Debbie Downer. She (or he) can’t get excited about anything. When things go well, she'll find something to complain about. And when things go wrong? Well, Debbie Downer’s not surprised. She knew all along that this bad thing would happen. Debbie Downers are bad for teams because they bring the whole mood of the group down. They’re self-limiting, and when they work with others, they limit everyone.

I’m sorry, was this a group effort? You wouldn’t know it from talking to the Kudos Thief. If the Kudos Thief were a supervillain, they’d get their powers from stealing the credit due to others. The Kudos Thief is toxic to the rest of the team because they refuse to acknowledge anyone else’s efforts. Worse, they usually know when someone else has done a great job, yet they still refuse to give credit where it's due.

If you’re on a team, don’t be a DIYer, Ghost, Expert, Debbie Downer, or Kudos Thief. Share, collaborate, and support your fellow professionals.

7 Tips for Staying Positive in a Toxic Workplace

At one point or another, most people have found themselves working in a less than ideal environment. Maybe it’s a manager, a peer, or the team’s values or vision that's bothersome.

6 Key Traits You Need to Be a Great Team Player

As the saying goes, “Teamwork makes the dream work. ” It’s a bit of a cheesy phrase, but there’s no denying that there’s plenty of truth to it.