4 Apps to Improve Your Productivity 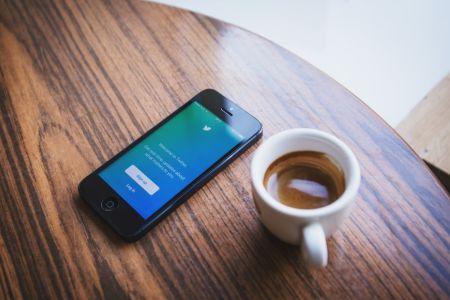 I wrote recently about spending time with productivity expert Graham Allcott, founder of Think Productive, and author of the book How to Be a Productivity Ninja. As I noted in that piece, much of the information that Allcott gave out during our interview and the presentation I had the opportunity to attend was about general strategies and mindset shifts to encourage an ongoing, incremental focus on your productivity and time management.

However, in a Q&A session at the end of his presentation, one consultant asked Allcott if there were productivity tools or apps that he would recommend. As it turned out, there were—although he also took pains to point out that "the tool itself doesn't matter; how you use it does." Something as simple as a list, for example, can be equally effective whether you create it on paper, in an app, or on an Excel sheet—provided that you actually commit to completing the tasks on it.

With that in mind, then, here are four apps that earned a word approval from Allcott:

An app that specializes in task management, Nozbe can be used both for individual projects, and for team management. Specific features include the ability to collaborate, assign projects and tasks to team members, and even to work with people who don’t have the app. Best of all: it's cross-platform, with apps available for Mac, Windows, Linux, Android and iOS. Check it out at www.nozbe.com.

Moving away from apps that directly boost your productivity, Headspace's key selling point is that it can help you manage your stress and anxiety through regular meditation and mindfulness training. Breaking the process down into a series of exercises that can be finished in as little as 2 minutes or as long as an hour, the intent of the app is to allow you to fit meditation around your own schedule—with the eventual goal of making you a less-stressed, more mindful (and presumably more productive) person. Check it out at www.headspace.com.

One of the Granddaddies in the productivity app sphere (if it's possible to say that about something that didn't really exist as a concept 10 years ago), Evernote is a way to capture fleeting thoughts, pieces of inspiration, to-do lists and much more. Better yet: unlike that phone number you scrawled on the back of a receipt, anything captured in Evernote stays there and is indexed to ensure that you can find it again. It can even read handwriting, which comes in handy when you've taken a photo of that receipt to save the number: all you need to do is remember the name you scrawled alongside it, and it'll pop right up. Learn more at: www.evernote.com

While it doesn't offer much in terms of practical application, Forest is designed to do one thing, which is to ensure that you aren't wasting time on your phone when you need to be working. It does that through a gentle nudge: when you're ready to concentrate, you simply fire up the app, set a time limit by "planting" a tree, and watch as it starts growing. If you leave the app before your time is up, the tree will die and you, presumably, will be racked with the kind of feelings of shame that you haven't experienced since Tamagotchis were a thing. If phone-based procrastination is your issue, and the death of virtual trees is the trigger that might solve it, head to www.forestapp.cc.

Get More Done: Simple Tips From a Productivity Expert

In a world where so many employees are always-on, unable to truly switch off from work thanks to our ever-tighter connections to our phones, and overloaded with conflicting messages about whether we should be working on that thing we were supposed to have finished yesterday or the one that's due tomorrow, it's no surprise that managing our time is emerging as a key factor in employee success.

So often, though, the advice around those concepts seems so overwhelming: sure, you too can gain complete control over your working life.

Could Snapchat Hurt Your Career?

Here at Vault, we've spent a lot of time talking about Snapchat recently, as we planned the launch of our own account. And, because we're always thinking about careers, one of the issues that came up was whether employers can, or should, be checking out a candidate's account as part of the hiring process.

If your childhood was anything like mine, you spent most of it enduring a variety of methods aimed at coaxing out the kinds of behaviors that are commonly held to make one a responsible adult: abiding by the law, being polite, and paying attention when others are speaking.

But maybe I should have worked a little harder on getting into trouble: as reported by the Wall Street Journal, a recent study found that "rule-breaking, defiant kids often end up richer than their more responsible peers.