4 Workplace Trends to Get Excited About This Summer 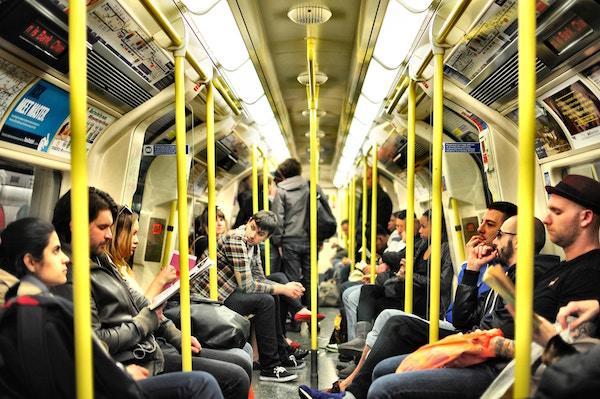 Although New York Governor Andrew Cuomo declared this to be the "summer of hell" for daily commuters, there's a lot to be thankful for if you work in the New York area, or in any area across the country. Here are four developments that should have even those employees with the most hellish commutes shouting, "Hell, yeah!"

Since everyone knows that almost no one really works on Friday during the summer even when they're at their desks on Friday and staring at their computer screens, more and more companies are saying, 'The hell with work on Friday. Get out there and enjoy yourselves!'

That is, companies are increasingly offering Fridays off to employees during the summer months. Which is seen by many to be a win-win for managers (who can appear to be doing something nice for employees) and a win-win for employees (if you're not working, you might as well not be working at the beach).

Here's Bloomberg on this welcome development:

The summer Friday is on an upswing. In a survey of more than 200 employers, the CEB (formerly the Corporate Executive Board) found that the share of companies offering this perk has jumped from 21 percent in 2015 to 42 percent in 2017.

“It’s not like people are really killing it at 4 p.m. on Friday afternoon in the middle of the summer,” said Brian Kropp, an HR practice leader at CEB. And a lot of employees tend to leave early on Fridays during the summer anyway. (Electricity consumption in New York City dips around that time by as much by 4 percent in the summer.) Companies that allow summer Fridays are simply taking advantage of a simple reality. “By formalizing it, it sends a clear message that we care about you,” said Kropp.

2. Working Long Hours Is Found to Be Unproductive

This week, Casper, a mattress company masquerading as a tech company (or is it a tech company masquerading as a mattress company?), announced a new round of financing, while indicating it will likely be filing an IPO prospectus very soon. I mention Casper (and its inevitable public offering) because it's become the darling of the new and improved sleep industry, which has gone through quite a revolution in recent years due to all the studies and big names like Arianna Huffington that have been telling us how great sleep is for our health and how great sleep is for our work productivity.

According to CNN Money:

Companies that demand a more intense workweek might actually be shooting themselves in the foot. That's because a Stanford University study has found that employee productivity significantly declines once the 50-hour mark has been reached in a given work week.

Furthermore, employee output falls off a cliff after the 55-hour mark -- in other words, an employee who puts in 65 hours on the job in a given week won't be any more productive than someone who puts in 55.

Not only that, but longer hours have also been linked to frequent absences and an increase in employee turnover. And it makes sense: When we push ourselves too hard, whether by choice or to due pressure from management, we're more likely to get sick or feel the need to run away.

Yes, we have now reached, after the advent of the phone interview and then the video interview, the age of the text interview. And before you start fuming that this is a terrible idea and it's all those millennials' fault, think about it for a minute. What's the most stressful part of the job search process? The interview. What's the most stressful part of the interview? Answering questions on the spot. And so, what if you were able to get time to think about each question and, meanwhile, your interviewer can't see your face when you're thinking/sweating/furrowing your brow?

Here's the Wall Street Journal to answer that one:

Etiquette for job-interview texting is a work in progress. When Erin Scott, a recent Butler University graduate, received a message from Canvas Chief Executive Aman Brar about a potential job with the company, she was unsure if she should reply right away. She was cheerleading on the sidelines of a Saturday basketball game, and decided to wait to respond until Monday.

“I just remember thinking okay this is nice to get the questions and be able to sit on them for as long as I want and answer with exactly what I want to say,” Ms. Scott said via text.

Okay, sure, you're not going to be able to sit on each question for hours, but you will get much more time to think about each interview question before answering than you do now in in-person interviews or in phone interviews. And you won't have to try not to look like a robot like you have to do now in those video interviews.

Plus, if you're a manager who hires, think about all the additional people you'll be able to screen via text vs. the old ways (phone or in-person). And think about the time you'll save by not having to watch all those repetitive videos. The text interview, it could be said, is the online dating of recruiting. Why waste time with a phone call or an in-person chat over coffee when you can just text someone and, in a few minutes, find out if you're compatible enough to then make plans to make human contact?

Final note to managers: there are already apps for this type of interviewing that'll make things even easier for you.

You had to have seen it coming. After the "B'uber" episode, the "Delete Uber" campaign, the sexual harassment allegations, the discrimination and harassment firings, that other weird firing, the yelling at the Uber driver (after the weird shimmying to the EDM in the backseat), the leaked email about whom and whom not to sleep with at the company off-site, Uber CEO Travis Kalanick was finally forced to resign yesterday.

With billions of dollars at stake, a handful of major Uber shareholders pressed Kalanick to step aside. And step aside he did (as the majority shareholder, he could've said no). Kalanick will, though, remain on the Uber board, and will remain the man with the most Uber shares.

While pretty bad news for Kalanick, this was all pretty good news for anyone coveting one of the most exciting positions in technology on the planet. Via Bloomberg, here's what this exciting opportunity presents:

Take over from a visionary founder whose play for world domination is only half finished (and who is still a majority owner by votes), fix a broken workplace culture, win an existential race (and legal battle) to develop autonomous vehicles, and find a way to turn a profit in a business that has lost billions of dollars a year.

All kidding aside, my two cents are if the Uber board really wants to send a strong message, it should hire this person to fill the CEO role this summer: a woman.

Although many people, including certain twitterers that indecipherably tweet late at night, like to lie about numbers, numbers themselves don't lie. And when it comes to creating returns for shareholders, numbers say that female CEOs significantly outperform their male counterparts.

Are Uber and Airbnb Hurting Rather Than Helping Us?

If you live in New York, Los Angeles, San Francisco, Oakland, Chicago, Boston, Portland, Seattle, or a handful of other major cities across the country, you probably know someone making a handsome living by collecting passive income thanks to sharing economy superstar Airbnb. You probably also know someone who works for one of the major companies involved in the so-called gig economy: Uber, Lyft, Task Rabbit, Handy, Hello Alfred, etc.

Should We Fear or Cheer the Video Interview?

Earlier this summer, Wall Street giant Goldman Sachs announced it was scrapping in-person on-campus recruiting for a software-based video interview recruiting program. The fact that Goldman, the most prestigious investment banking firm on the planet, would be using video interview software in place of human beings to conduct first-round interviews came as a huge surprise to many professionals and jobseekers alike.