4 Ways The Great Resignation Can Be an Advantage for Employees 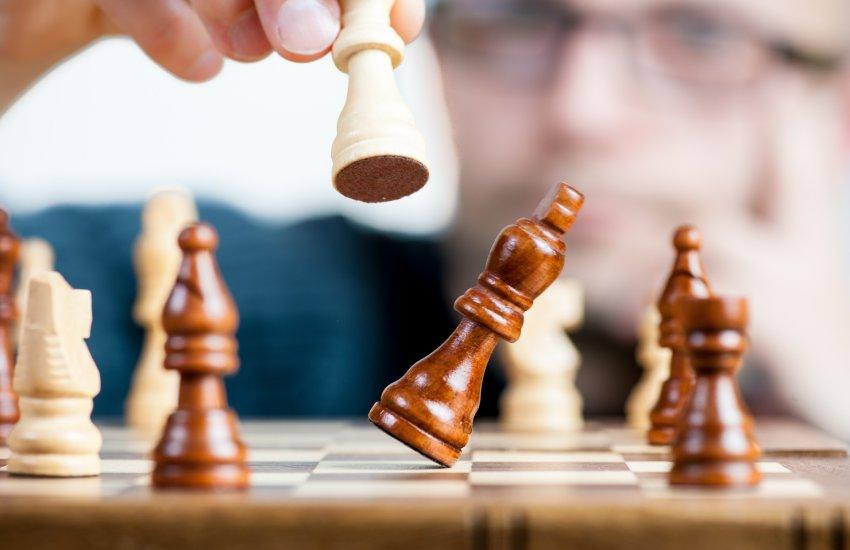 If you haven’t heard of The Great Resignation by now, it’s quite possible that you might be living underneath some sort of large, naturally occurring substance comprised of crystals and other minerals that have been fused together over time, or what I like to call “a rock.” In 2021, nearly 50 million Americans voluntarily quit their jobs in hopes of higher wages, better conditions, and a more balanced work/life ratio. So, what does The Great Resignation mean for those who are still working? As it turns out, the historical movement could actually provide some advantages, and today we’re going to be talking about how you can make The Great Resignation work for you.

Asking for a Raise or Promotion

Looking for a raise or a promotion? This might be the perfect time to ask. If your place of business is one that was hit hard with a rapid wave of resignations in the last couple of years, you may have found yourself taking on more responsibilities in order to plug all the leaks. If you’ve been doing your best to keep the workflow going steady, you’ve earned yourself some nice leverage when it comes time for your performance review. But that’s not all.

If you’re feeling especially brave, you could request a raise or a promotion at any given time, since your employer might still be struggling to pick up all the pieces. Now, we don’t want to be predatory here, so make sure you’ve got your ducks in a row and that you can prove your worth, as well as your intentions to continue performing at a higher level, before you go marching to your boss’ door.

Maybe there were certain projects at work that always captured your interest, but you never seemed to get assigned to them. Maybe they were just above your pay-grade, or your boss already had a point person for those projects. Maybe that point person has suddenly left during The Great Resignation. Well then, this is your lucky day.

Yes, now you can swoop down and capture the projects that you always thought you’d be a perfect fit for. The Great Resignation has provided you with an opportunity to appeal to your boss and explain why you should be the new lead for said projects. Like always, make certain you can show your boss a strong track record of your accomplishments with your previous projects before you go asking to take on new ones.

Let’s say you’re a model employee. You have a certain depth of knowledge about all the moving parts within the organization, and you always felt that you could be more useful in another area. With so many people voluntarily leaving their jobs at such an alarming rate, there’s bound to be openings in other departments that you think you’d be a great fit for.

The advantage here is that your employer knows you, and hopefully they know they can trust you. Without having to take the risk of hiring a new and unknown person, your employer might be more inclined to move you into the department of your choice, given you can prove you’ll bring value to the table.

In the last few years, many people have found themselves either working from home full-time, or at least some of the time. Let’s say for example you’re on site three out of the five days during the week, and you’re starting to see the advantages of working from home versus being in the office. For starters, it’ll save you money when you travel less, and you’ll gain more time during the day, increasing your productivity.

For this one, try a fun experiment. Keep track of your productivity when you’re on site as well as when you’re working from home. If you can prove to your boss that you’re actually more productive at home, it’s quite possible you can swing an entirely remote schedule. Just make sure you focus on the positives for the organization, and not the benefits of, let’s say….wearing pajamas all day.

Keep in mind that if you’re going to leverage The Great Resignation into any of these benefits, that you’ve got what it takes to prove your value to the company. If you’ve been consistently late, take long lunches, and don’t complete projects on time, it’s probably not the right time to try and ask for more. On the other hand, if you’re a rock star at work there is no reason for you not to try. The worst-case scenario is nothing happens, but at least you’ve still got your job.

4 Tips for Negotiating a Hybrid Schedule

As more and more companies announce their return-to-work policies, many employees are pushing back. For example, after Apple announced its new hybrid work model requiring employees to return to the office three days a week starting in September, many Apple employees said they’d quit if Apple doesn’t change its stance (and let them work remotely full time and/or push back their hybrid start date).

How ‘The Great Resignation’ Will Affect Companies and Your Career

Shahar Erez is the CEO and co-founder of the startup Stoke, a tech-enabled management platform that makes it easy for companies to work with non-payroll workers like freelancers and contractors. Since the onset of the pandemic, freelancing and contract work has been on the rise.

It can be debilitating to your self-esteem and motivation when you’re constantly overlooked for raises and promotions. It can also be easy to take this personally when you know you’re capable of and deserve much more.

How to Ask for a Raise

It’s very likely that you aren’t earning what you are worth, and that’s not a fault of your company but rather, you. Casey Brown, a price-for-value consultant clearly defines what it is that will get each person a raise when they earn it.