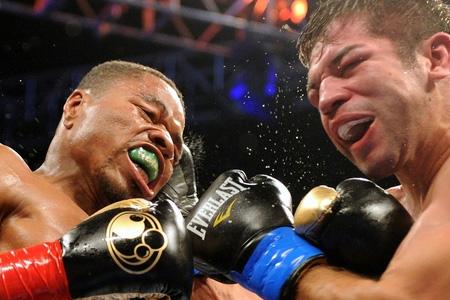 Word around law schools has always been that New York, Virginia and California administer the most difficult bar exams in the country. I can’t speak to the California bar exam as I’ve never taken it (although a 3-day bar exam certainly sounds horrific), but as someone who passed both the Virginia and New York bar exams on her first attempts, I can definitively tell you that the Virginia bar exam is the more difficult of the two.

However, I don’t think pass rates are what make a bar exam difficult for an individual test taker, when determining the pain that you as a test-taker will have to endure while studying and sitting for the exam, it’s most illuminating to look at at the number of topics that could potentially be tested and the number of MPTs.

Studying for the bar exam is a war against the clock. Bar prep courses typically begin about two months prior to the exam and there are so only so many hours during those two months that you can spend studying, especially if you are also working.  As such, the fewer number of topics that you have to learn, the easier the exam.

If you are sitting for the New York bar exam, you could be potentially tested on 19 topics on the essay day, according to my breakdown, plus Constitutional Law and Federal Civil Procedure on the MBE. Those 19 topics for the New York essay day are: Contracts, Agency, Partnership, New York Professional Responsibility, Criminal Law, Criminal Procedure, Evidence, Torts, No-Fault Insurance, Workers’ Compensation, Property, Corporations, New York Practice, Administrative Law, Trusts, Wills, Conflict of Laws, Secured Transactions and Domestic Relations.

With an additional five topics for the essay day, the Virginia bar exam is already more daunting. The sheer volume of information bar takers need to learn is simply larger for those sitting for the Virginia bar exam than for those sitting for the New York bar exam. Those five extra topics mean that more time is spent in lectures and more time is spent outlining, stretching your already thin time almost to its breaking point and taking possible time away from doing practice questions, arguably the most important part of studying. It also means that there are more topics for which you should probably write some practice essays.

Round 1 in the contest of whose eyesight is deteriorating faster goes to Virginia!

The MPT asks bar takers to prove that they have the minimal competence of a first-year associate by asking them to draft a memo, will, client letter or other type of document that might be assigned to a junior lawyer. You are given a task memo from a partner, evidence (deposition transcripts, letters, etc.) and a library of laws that you must apply to the legal issue presented. The MPT is not testing you on your state’s specific law; rather it is an exercise in following directions. The challenge of the MPT is that you have to read the file, synthesize the materials and write a coherent memo in 90 minutes. The benefit of the MPT is that you don’t actually need to know any law to complete it, you just need to know how to write a memo, which if you graduated from an ABA-approved law school, you should already know how to do.

I suspect that this is part of the reason that the New York bar exam passage rate is so low. New York is one of the jurisdictions of choice for foreign educated applicants. Students trained at foreign law schools may be unfamiliar or less comfortable with the United States’ obsession with IRAC and other standard memo-writing practices.  Additionally, if you are not a native English speaker, getting your point across clearly, concisely, and most importantly, quickly becomes even more of a challenge.

However, if you are a native English speaker who attended an ABA-approved law school, the MPT is basically free points. Rather than having to remember the rules for two additional essays, the MPT replaces those essays. Therefore, you have two less opportunities to go off on a tangent and not hit any of the points the bar examiners are looking for.

Round 2 for who is more likely to slam their laptops against their desks repeatedly during the exam goes to Virginia!

The evidence is clear; the Virginia bar exam is harder than the New York bar exam. Virginia examinees need to know more laws and write more essays while wearing suits.

What do you think? Which state has the hardest bar exam!

Is the Legal Job Market Improving?

Among the many informative sessions at last week’s NALP Annual Conference was a Q&A with members of the American Bar Association, in which the ABA gave a sneak peek at the most recent law school employment statistics. How has the law school class of 2014 fared since graduating?

The country’s largest and most prestigious firms can be found on all sides of lawsuits dealing with controversial issues. More often than not, they are thought of as forever representing “the bad guys” when they are stuck in a jam (tobacco companies and pharma companies fending off products liability claims, corrupt CEOs and government officials, the big banks fighting accusations of causing the Great Recession, you name it).