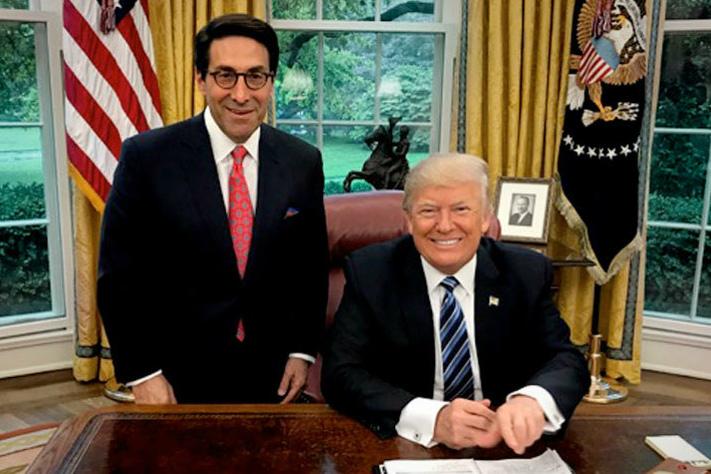 President Trump has hired a team of outside counsel in the last few months to represent him in connection with Robert Mueller’s special counsel investigation into allegations that the Trump campaign colluded with Russia to influence the 2016 Presidential election. Lawyers can learn a few lessons from the attorneys’ actions—both good and bad—to help them in their own legal careers.

Jay Sekelow has recently been the face of President Trump’s legal team. Sekulow is the Chief Counsel for the American Center for Law & Justice, Pat Robertson’s conservative Christian answer to the ACLU. He’s argued several religious liberty cases in front of the Supreme Court on behalf of ACLJ and Jews for Jesus, his previous employer, and hosts a syndicated radio show and a TV show on the Trinity Broadcast Network. He’s also made millions of dollars personally and for his family through his work for the ACLJ.

Sekulow Lesson #1: If at first you don’t succeed, try again. Sekulow’s first act as an attorney was in tax law. He worked for the IRS as a young lawyer and then co-founded a successful tax law firm.  But in 1987 IRS regulation changes caused the firm to fail and Sekulow filed for bankruptcy. Later that year Sekulow argued his first First Amendment case before the Supreme Court and won a unanimous decision on behalf of Jews for Jesus, jump starting his second act as a religious freedom advocate.

Sekulow Lesson #2: Don’t put yourself out there in defense of your client if you don’t believe them. Sekulow has been made to look like either a fool or a liar in recent days with regard to statements he made in defense of Donald Trump in June. As the story that Donald Trump Jr. had met with a Kremlin-linked lawyer during the 2016 campaign was breaking, Trump Jr. released a misleading statement about that meeting. The New York Times then reported that President Trump had worked with Don Jr. in crafting the statement. Sekulow defended the elder Trump on ABC, NBC, and CNN at the time saying the Times report was “incorrect” and that "the president was not involved in the drafting of the statement and did not issue the statement. It came from Donald Trump Jr." But The Washington Post has recently reported that President Trump personally dictated the denial statement that his son released. Sekulow now either looks like he was lying on behalf of his client—a known serial liar—or was not privy to the truth. Either situation is a bad look for a lawyer in the public spotlight.

Kasowitz is a successful New York-based trial lawyer and name partner at the Vault 100 firm Kasowitz Benson Torres. Kasowitz is a longtime friend of Donald Trump and has represented him for years in divorce proceedings, bankruptcy cases, litigation stemming from Trump University, and during the campaign regarding allegations of sexual misconduct. He was hired to lead the legal team representing Trump in connection to the Russian investigation in late May. About two months later Kasowitz was demoted to a “lesser role” on the legal team.

Kasowitz Lesson #1: Proofread everything. In June, Kasowtiz released a written statement to the press on behalf of Trump that was loaded with spelling errors and mistakes, notably stating that he represented “Predisent” Trump. He was widely mocked and the substance of his statement was lost in the jokes about its form.

Kasowitz Lesson #2: Never put anything in writing that you don’t want reported later. In early July Kasowitz sent a series of threatening and profane emails to a stranger who had suggested that he resign. Those emails were later published in various media and Kasowitz had to apologize. He was demoted within weeks. An old adage is never put in writing something you wouldn’t want read aloud in court. But when you’re a lawyer in the most high profile representation in the country, published in the press may be the equivalent to read aloud in court.

Lawyers Are Heroes of the Trump Resistance

Just hours after President Trump signed his immigration executive order barring entry to nationals of seven majority-Muslim countries, lawyers got to work to fight the ban. Attorneys from the National Immigration Law Center, the ACLU, and law students from Yale’s Worker and Immigration Law Center worked all Friday night putting together a complaint seeking to free two Iraqi men detained at JFK airport and any other travelers so detained because of the travel ban.

Hey Donald, 650K Docs Can Easily Be Reviewed in 8 Days

The “October Surprise” of this presidential election dropped on October 28th when FBI director James Comey announced that the FBI had found a trove of emails that may have information related to the Hillary Clinton email investigation. While investigating disgraced former congressman Anthony Weiner for allegedly sexting with an underage girl, the FBI located 650,000 emails on Weiner’s laptop that were either sent or received by Huma Abedin, Weiner’s estranged wife and Clinton’s top aide.