Hey Donald, 650K Docs Can Easily Be Reviewed in 8 Days 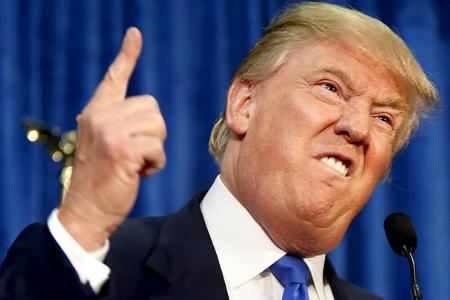 The “October Surprise” of this presidential election dropped on October 28th when FBI director James Comey announced that the FBI had found a trove of emails that may have information related to the Hillary Clinton email investigation. While investigating disgraced former congressman Anthony Weiner for allegedly sexting with an underage girl, the FBI located 650,000 emails on Weiner’s laptop that were either sent or received by Huma Abedin, Weiner’s estranged wife and Clinton’s top aide. Clinton’s campaign criticized the FBI for making the public declaration just 11 days before the election and while early voted was already underway in many states, while the Trump campaign relished the opportunity to talk more about Clinton's emails and enjoyed the movement in the polls that showed the race tightening in the wake of Comey’s announcement.

One of the problems with Comey’s announcement is that it possiblity stood to sway the election without the investigation being able to be resolved before November 8. Headlines like CNN’s “FBI unlikely to conclude Clinton email review prior to election” warned that America would be going to the polls before knowing what was in the new trove of emails.

Yet over the weekend, there was a surprise ending to the surprise. Comey announced that the FBI had reviewed the emails and did not find anything to change the its conclusion from the earlier investigation; there would still be no charges related to Clinton's use of a personal email server while Secretary of State.

Trump and his surrogates couldn’t believe that the review had been completed in just eight days. Trump-supporter and former New York Police Commissioner Bernard Kerik tweeted “There are 691,200 seconds in 8 days. FBI Director Comey reviewed 650,000 emails in 8 days? An email per second? Americans aren't stupid!” Newt Gingrich said on Fox News that “Nobody believes that the federal government is capable of taking 650,000 emails and reviewing them in eight days.” Trump himself pointedly announced at a rally, “You can’t review 650,000 emails in eight days! You can’t do it, folks.”

But as pretty much any litigation associate can tell you, reviewing hundreds of thousands of documents in eight days isn’t an impossibility, it just sounds like a fairly regular document review project. First, the emails were the sum total of those found on Weiner's laptop. Only a small portion of them were from Huma Abedin's account.  And because the emails were from Abedin’s account and not Clinton’s, the FBI was probably able to remove a good deal more documents in a matter of minutes; Hillary Clinton only sent and received only 62,320 emails during her tenure as Secretary of State. And, as the FBI noted in the days following Comey’s original announcement, the majority of the documents were either duplicates of documents reviewed in the original investigation or were duplicates of each other. Computer programs can simply “de-dupe” the documents to significantly shrink the universe of documents that need to actually be looked at by a document review attorney. So in the end the document reviewers at the FBI (as in multiple reviewers, obviously Comey wasn't reviewing all teh documents himself) likely only needed to review ten or twenty thousand emails in eight days. Doing some back of the napkin math, and that seems not at all daunting. If you have ten people reviewing 40 documents an hour each (a relatively low mark for document review attorneys) for eight hours a day, you could knock out 20,000 in just five days. Even if the FBI needed to review more documents, and the reviewers were moving slowly, I imagine they could probably throw more resources at the case than ten reviewer working 9-5 and easily finish the review in just over a week. The New York Times in fact has reported that the FBI used "dozens" of agents and analysts on the review working around the clock to get it done quickly..

You’d think someone as litigious as Donald Trump—he’s brought more than 1,900 law suits over the last three decades and been sued another 1,600 times—might understand modern document review projects. But since he doesn’t even use a computer, it’s probably not surprising that he doesn’t get how they (and hard-working lawyers) do their jobs.

How to Survive at Work When You Haven't Slept

With many in the nation set for a late night on Tuesday as the election results come in, the only guaranteed outcome at this point seems to be that, come Wednesday, workers across the country will be feeling the effects of staying up too late second-guessing the electoral map. Throw in the after-effects of a couple of nerve-calming drinks (not to mention a couple more for celebration/commiseration purposes), and we could be looking at a post-election productivity slump of epic proportions, depending on how close this thing turns out to be.

3 Things Trump & Clinton Have Done that Would Get You Fired

I’m no HR expert, but as a career advice writer, it’s hard to sit through all the shenanigans of the 2016 presidential election without thinking that the candidates competing for the most important job in the country haven’t exactly acted like model employees. In fact, both Hillary Clinton and Donald Trump have done a bunch of things that would get you, me, or any normal office shlub fired in the blink of an eye.

Why Election Day Should Be a Paid Day Off

Four score and a bunch of years ago, the U.S. was an agrarian society (full of farmers) and so it made sense that Election Day would fall on a Tuesday in early November.