5 Tips On How to Fill a Resume Gap 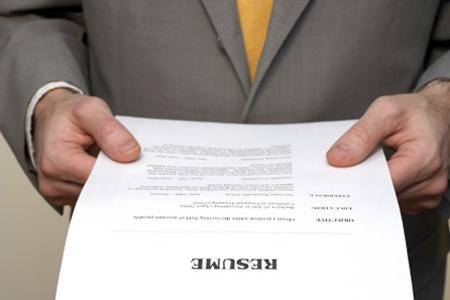 I have always felt stressed when approaching any job search, but nothing quite prepares you for the anxiety that sets in when you are unemployed and uncertain about your future. With each passing month, you examine your resume and realize you are about to face a resume gap and the wider that gap becomes, the more undesirable you may be to potential employees.

A resume gap is the time between dates of employment.  I have come face-to-face with the notion of a resume gap twice during my career. In hindsight, I’ve always said unemployment was the best thing to happen to me, but I certainly wish I didn’t have to go through that nightmare to learn the lessons I learned during those rough patches of time. That said, I take pride in knowing that I have no resume gaps at all. Here’s why:

Finding Freelance Work…I decided to change careers and go from being a journalist to a public relations professional by leaving the secure job I held for eight years and taking a six-month assignment that I was sure would lead to future work. But the economy tanked in 2008 and I suddenly wondered if I had made a mistake. I began searching for another, more permanent full-time job, but realized that route may take longer to complete due to the economic constraints many companies had begun to feel during the recession. It might be some time before I found a full-time job.  What can I do in the immediate?

I reached out to my previous employer and was rewarded for my previous work with a steady stream of freelance projects. I would also pick up additional freelance work for a magazine and an academic institution. Unfortunately, all projects had me tapping my journalism background, so I jumped at another opportunity to work for a recently launched public relations firm headed up by a former contact. With these four freelance gigs, and an eventual part-time PR position, I had enough resume material to fill the yearlong gap between full employment and unemployment/underemployment. Freelance work and consulting gigs are essential to filling a resume gap.

Understanding How to Play With Dates…The first confrontation with the dreaded resume gap was a little easier to deal with, because the economy crashed and so many people were impacted.  I was one of many people who lost their jobs. I want to believe that my ability to find freelance work during this difficult time highlighted just how much companies respected my skills, making me a valuable candidate for a time when the economy bounced back. But my second bout with the resume gap would be more difficult, because it came at a time when the country was at “full employment.” How do I fix this?

I left my previous employer in mid-December 2015 (a slow period, because you never leave a company in a lurch) without a fall back plan, but it was necessary.  I was starting a family and was looking for something with more flexibility in terms of the company culture, the work load and the hours. However, I didn’t have the time to conduct a dedicated job search, so I took a risk – I resigned…and had a new resume gap to fill. I was able to continue freelancing with the academic institution, so, technically, I could say I never stopped working, but I felt I needed to include a new company to show that I was keeping busy. I began writing press releases for a photo agency, performing social media consulting work for a sports organization, and began offering my services pro bono to a hip-hop artist.

Funny enough, I got really lucky and didn’t really need to do all that. Fortunately for me, on January 19th, I started working at Vault, which means I could say I worked from April 2013 - December 2015 at one job and from January 2015 - present at another. There ended up being no actual resume gap to fill despite not having worked for a month. But what if you haven’t worked for a longer period of time? Well, you can always take out the months in your resume and say you worked for Company A from 2013 to 2015 and for Company B from 2016 to the present, but in doing so, you must be prepared to explain that format change during an interview. The important thing is getting to the interview stage and playing with dates in the resume helps get you there.

Volunteering Never Hurt Anyone…Not everyone is going to be able to land a freelance or consulting opportunity when looking for new full-time work, but there is another way to fill that gap – volunteer. There are so many great charities that could use the extra help. There are also many new companies popping up who can’t afford taking on new staff, but could use the help of an experienced professional looking to gain new experiences. While you may not be getting paid, are still gaining valuable experience you can include on your resume and could potentially include quantifiable results that are attractive to hiring managers. Volunteering is still work – never discount its ability to help you in your job search.

Show Strength When Taking A Leave Of Absence…A former colleague of mine had more than a yearlong gap in her resume and it didn’t impact her career at all. Prior to her gap, she had a proven track record of career success when she decided to travel abroad. She felt she had a once-in-a-lifetime opportunity to see the world and took it. And, when she returned, she included it in her resume – a short blurb about her decision to travel, the places she had seen and the experiences she had. It was a brilliant move, in my opinion, because her resume highlighted her work experience, but also demonstrated a sign of strength on her part. It showed that she believed so strongly in her abilities as a marketing professional that she could take a sabbatical and come back stronger than ever. And if she was stressed during this job search, you couldn’t tell by looking at her. In fact, she masterfully wove in observations from her travels with her work experience during the job interview and impressed my former employer, who admired her and then hired her. So, if your resume gap is actually an adventure, highlight it and make good use out of it.

Don’t Apologize For Caring…In work with my previous employer, I came across men and women who sacrificed everything to be a caregiver for an ailing family member. They couldn’t manage a full-time career and be there for a loved one, so they made a sacrifice and left their jobs.  Some were able to take extended leaves and come back to work without missing a beat, but others had to conduct a dedicated job search after their loved one recovered or, sadly, passed on. It’s ok to include this gap and the reason behind it on your resume so it answers the question about why you weren’t employed for a certain period of time. However, never apologize for taking time off to care for a sick family member. Most employers have a heart and will be sympathetic to your plight. They just want to know the reason behind the gap and then want to know how your abilities to benefit the company. You shouldn’t have to apologize for caring, but you still have to impress them in the job interview.

And that’s the takeaway. At the end of the day, you and your resume need to impress a potential new employer. Find ways to fill in those resume gaps, so you have the chance to showcase your skills properly and get the job.

For the person who loves to work, but wants to do it on their own time and from their own place - even the beach if they so choose, freelancing is a perfect option. Since the economic collapse of 2008, I’ve had a successful run in the freelance market, whether I had a full-time job or not.

Unemployment – Still the Best Thing to Happen to Me

Last week, I interviewed Jasmine Ray, the founder of Wall Ball World, for an upcoming blog, but her career advice was so thought provoking and inspiring, I had to post an early tease on our Facebook page. Her thoughts aligned with my own recent decision to hand in my resignation letter without any sort of backup plan…and it was the best decision I ever made.

Unemployment: The Best Thing To Ever Happen To Me

The whole unemployment process is a pain, but how you spend your time while unemployed truly shapes your experience when you get a job, allowing you to look back at those fond memories of depression, anxiety and anger and think, “wow, that was almost worth it. ”<p><img class="embeddedObject" src="http://content.screencast.com/users/pstott/folders/Jing/media/7bb1fac6-7390-4350-bcbe-3f6fad09812a/00000136.png" width="265" height="185" border="0" alt="man on couch" align="left"> I became unemployed in March 2009.