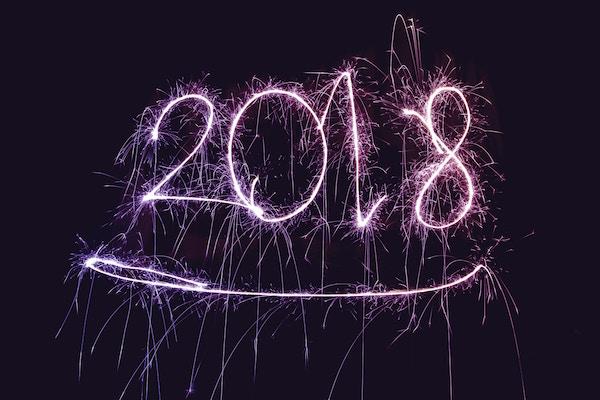 To land the roles you want and keep advancing your career, you need to know and stay ahead of the trends in hiring. And for 2018, automation will be the key theme of change in recruitment and job searching. Companies are now relying less on human evaluation and more on artificial intelligence and algorithms to choose their next hires. Which means successful candidates will need to embrace this change, adjusting their communication and application skills accordingly.

Here are the top trends that will affect resume writing and job-landing tactics in 2018.

1. You need to get comfortable interfacing with robots during the hiring process.

Artificial intelligence and automation are already used by human resources departments, as evidenced by the HR Tech company explosion in the last two years. These companies streamline initial-screening efforts to produce more viable interview candidates in a shorter period of time. What this means for your job search is that you'll have to schedule interviews from auto-generated responders, reply to initial-screening questions in AI robot-like conversations, and take automated company culture assessments—all before you ever talk to a person. Sometimes these take the form of an online questionnaire format, and other times it can be a live chat arrangement where the ‘person’ on the other side is a chat bot product of AI. The key is to expect these new tools in hiring and master them to move careers forward.

2. To avoid robots and automation during the hiring process, you need to network.

If you want to have some human interaction earlier in the hiring process, then it's key to network to become an employee referral, social media connection, or personal contact. CareerXRoads studies show that this is how the majority of hires are still made. Going through the HR application process can be automated or done with AI early in the process to ensure the recruiter’s time is spent with viable candidates only. Because the process is less efficient going outside of HR, though, you can often encounter a person in earlier stages. Until networking can be automated, this is still a great way to interact with a human.

3. You need to accept that robot-recruited hires last longer than human-chosen hires.

While circumventing HR may allow a candidate to beat the bot and get hired faster, a recent Personnel Today article discussed a study carried out by the U.S. National Bureau of Economic Research that found, “Workers chosen by a computer algorithm stayed in their role 15% longer than those chosen by human recruiters and managers.” Companies are catching on to this idea. Rebelling against AI in hiring could end up being a detriment to career advancement in the long run. Every careerist should now improve his or her skills in automation communication, as we have had to learn how to communicate effectively over the phone, direct mail, fax, email, and video over the last five decades. Communicating over bot automation is now the next skill set to master.

4. You need to embrace the very short cover letter.

In 2011, I had a discussion with a colleague at the Career Thought Leaders Conference. I said I wrote short cover letters that were no longer than a scroll or two on a mobile phone. As a former recruiter, I knew most recruiters did not read cover letters, and those that did read them did not want a long, regurgitated resume manifesto to read. So the eNote, as it is now called, or the short cover letter, as I uninventively called it then, is now finally a broader trend. When writing emails to introduce yourself for job openings, the cover letter format now should be short, pointed, and scrollable. Shorter, keyword-laden notes are easier for humans to read and bots to scan, which gets candidates through the process faster.

5. On your resume and LinkedIn profiles, you need to include relevant achievements, not everything you have ever done.

Gone are the days where every one of your accomplishments is listed on your resume or LinkedIn Profile. It’s all about relevancy now. In an age of freelancers, portfolio careers, and multiple short-term job changes, positioning relevant successes in context is what gets candidates interviews. Kitchen sink resumes are gone. Hiring managers have short attention spans and do not want to be overwhelmed with everything a candidate can do. As a recruiter or hiring manager reads your resume, they want to know, “Can you do what I need done?” and, “Where is the proof of this on your resume/profile?”  That’s it. Writing in this manner will also allow AI bots to pick up on relevant terms faster, as well.

A version of this post previously appeared on ChameleonResumes.com.

Good advice– on anything these days– is hard to find. But in no area is it so woefully inadequate as cover letters for creative professionals looking to thrive in creative careers.

4 Tips for Writing Important Emails (and Clearing Your Mind)

Every day you write numerous emails. Most you probably write quickly, even if they're work-related.