Do Top U.S. Employers Love or Hate the Paris Accord Exit? 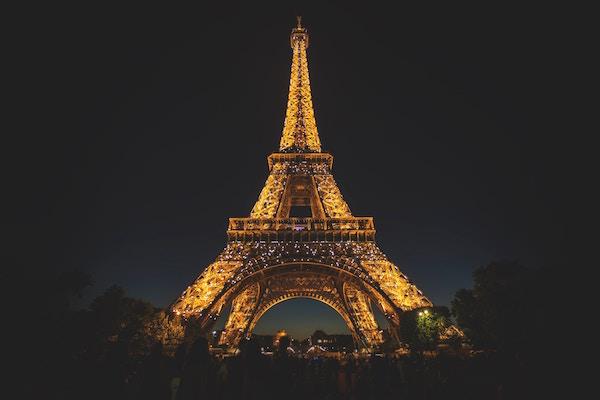 It was a long shot, but there were a few people on both sides of the political aisle that held out hope that the U.S. Tweeter-in-Chief would listen to dozens of Fortune 500 CEOs and many of his closest advisors, including Secretary of State Rex Tillerson and daughter Ivanka, and stay in, rather than pull out of, the Paris Agreement on climate change.

But alas, making good on one of his campaign promises, President Trump announced that the U.S. would be exiting the historic agreement signed in 2015 by representatives of 195 countries, including top polluters India, China, and the United States. As the Wall Street Journal puts it, the 32-page Paris accord allowed “participating countries to determine their own set of emissions targets and plans to reach them with the broader goal of keeping average global temperatures from rising more than 2 degrees Celsius, or 3.6 degrees Fahrenheit, above preindustrial levels. That level is considered by climate scientists to be the danger threshold, beyond which damage to the planet would become irreversible.”

And so, now the U.S. joins the only two other countries on the planet that don’t endorse the accord: Nicaragua, which didn’t sign it because it “wasn’t strong enough,” and Syria.

"Withdrawing from the Paris agreement is hardly going to create jobs in the U.S.," says Cary Coglianese, professor at the University of Pennsylvania and editor of the book Does Regulation Kill Jobs?. ''While specific environmental regulations can sometimes lead to job losses, they also can and do lead to job gains—with the result being roughly a wash."

Okay, but what about all those coal mining jobs that Trump says are coming back?

Polluting industries such as oil and coal are highly automated and are unlikely to embark on a major hiring spree even if the United States dropped out of the Paris agreement, analysts say. "The potential number of jobs you can create in fossil fuels is limited, while the potential number of jobs in green technologies—in principle the sky is the limit," says Bart van Ark, chief economist at the Conference Board, a business research group.

Already, the United States employs more people in solar energy (almost 374,000) than in coal (barely 160,000), according to the U.S. Department of Energy.

"The perception that we have to decide between creating jobs or tackling climate change is a false choice," said Dean Garfield, president of the tech trade group ITI. "Our clean energy industry is growing and employing millions of Americans in good-paying jobs in both red and blue states as it powers more of our businesses and communities."

So, are companies that disagree with Trump on climate change and the accord going to be doing anything differently now that the U.S. is pulling out of it?

The short answer is: not likely. As for the long answer …

General Electric, for example, plans to invest $25 billion in clean technology research and development by 2020. "We believe climate change is real and the science is well accepted," GE's chief executive, Jeffrey Immelt, wrote to employees in March. "Our customers, partners and countries are demanding technology that generates power while reducing emissions, improving energy efficiency and reducing cost."

GE is hardly alone. IBM is also a firm opponent of the exit (believing "that it is easier to lead outcomes by being at the table, as a participant in the agreement, rather than from outside"). And other companies opposing Trump’s exit of the accord include Apple, HP, BP, DuPont, General Mills, Google, Intel, Microsoft, National Grid, PG&E, Shell, Unilever, and Walmart. In fact, CEOs of these 13 companies (plus a few others) lobbied hard against Trump exiting the accord, sending a letter to the president telling him they believed the accord …

“… creates a level playing field by requiring all nations to take action; allows firms to make sound investments by giving them clarity on long-term policy; generates jobs and economic growth by expanding markets for innovative technology, which U.S. companies are well-positioned to provide; keeps costs down by encouraging market-based solutions; and minimizes the effects of climate change, which can harm business operations and facilities.”

Even coal producers Cloud Peak Energy and Peabody Energy were against the exit, arguing “the U.S. should remain a party [of the accord] in order to negotiate coal's future in the global energy mix.” And there is this rather forward-thinking guy who tweeted this response to Trump’s exit announcement:

Am departing presidential councils. Climate change is real. Leaving Paris is not good for America or the world.

Disney CEO Robert Iger also announced via tweet that he was pulling out of the president's council as a result of the exit. And the CEOs of Facebook, Twitter, Google, and GE added their condemnation of the exit via tweet as well. In addition, in his first tweet ever, Goldman Sachs CEO Lloyd Blankfein had this to say about Trump's latest move:

Today's decision is a setback for the environment and for the U.S.'s leadership position in the world. #ParisAgreement

Perhaps the brightest spot in all this for those who oppose Trump’s accord exit is the following (not-alternative) fact:

Under the terms of the agreement, the United States cannot exit until Nov. 4, 2020 — the day after the next presidential election. That could make climate change a future campaign issue.

Yes, it certainly could, and probably will. Which means there's no denying it: the 2020 presidential race is heating up.

5 Ways of Looking at Trump's Love of Goldman Sachs Bankers

On Monday afternoon, Goldman Sachs President and COO Gary Cohn was officially named the next director of the National Economic Council by President-Elect Donald Trump. Cohn's appointment brought the number of Trump cabinet members with Goldman Sachs on their resumes to three.