What Is Bitcoin and How Do I Get a Bitcoin Job? 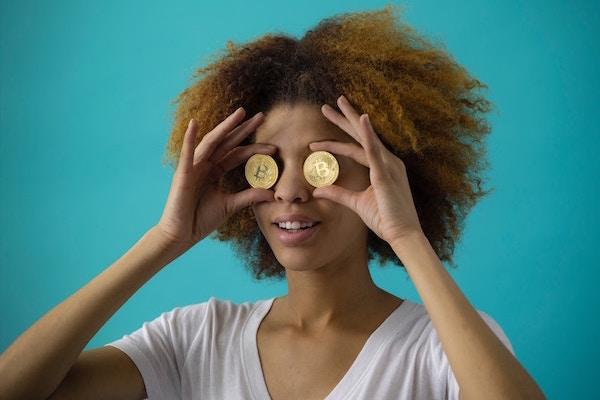 The digital currency bitcoin turned nine years old this past October. And in the past few months, available bitcoin-related jobs have risen by more than 80 percent. In addition, some 100 hedge funds have recently been formed with the sole purpose of investing in bitcoin (and other digital currencies). All of which means bitcoin appears to be here to stay and is thus an industry well worth looking to join.

Before getting into which types of professionals and jobs are needed in the bitcoin space, here's a quick Bitcoin 101 in case you're not up to speed on the currency. This comes from a recent Fresh Air podcast that featured Nathaniel Popper, a New York Times technology writer and author of the bitcoin book Digital Gold.

I think the thing that probably most people are aware of, it's essentially a digital token that you can buy and sell. But I think one of the reasons bitcoin has remained so confusing to people is that it's that digital token but then it's also the network on which it lives. And it's really the network that makes it so different. And so when we refer to bitcoin, we refer to that network as essentially the bitcoin network. And it's something more like the internet. It's a decentralized network of computers around the world where all of these bitcoin live …

This idea, when it first emerged in late 2008, actually on Halloween of 2008, was the culmination of decades of work among a small group of computer scientists and activists [whose] biggest concern was around privacy. They were really worried about that in the existing system when money became digital. So when we started to be able to move money around on computers with credit cards, every transaction that you made was tracked and could later be monitored by the government or by big companies. And so, a big part of the work that went into this was to essentially create an anonymous digital cash …

The other big strain when this came out was that this was essentially two months after Lehman Brothers went bankrupt. So right in the heart of the financial crisis. And there was a lot of distrust of both Wall Street and the big banks, but also of central banks. And here this was introduced as a new form of money that could exist independent of all of these institutions that people were so skeptical of.

For a deeper dive into what this currency is, who exactly created it, how far it's come since its inception, what the future might hold for it, and what exactly the blockchain is, check out the entire podcast (it's well worth your time).

As for the experience and skills needed to work in the bitcoin-related space, the good news is a wide variety are wanted. Of course, as you can imagine, developers are highly sought after.

"People are getting freelancers to design new types of cryptocurrencies," Matt Barrie, CEO of Freelancer, told CNBC. One of the main skills for which companies are looking is the ability to manage an initial coin offering—when a new digital token is first sold to outside speculators in a bid to raise money. [E]mployers were also looking for people to create new cryptocurrencies and to write proposal plans for technologies employing blockchain—the data structure pioneered by bitcoin.

In addition, bitcoin and other digital currency jobs are available in sales, marketing, research, business development, operations, and product management, among other areas. And although you can certainly search for these jobs in the usual places, perhaps the unusual places are the best to look.

Below, chiming in on the subject of where to find jobs, are David Johnson, the CEO of Latium, a tasking platform based on a cryptocurrency; and Tim Keough, the CEO of WythMe, a bar and restaurant platform with a blockchain-based payment network.

Simply searching on Google for token sales and ICOs will bring up a number of startups in the blockchain space. Monster.com and LinkedIn are flooded with jobs, Johnson said, and suggests looking beyond them.

Traditional job-listing sites do not yet have the infrastructure for the specific needs of this booming field, Keough said. Being involved in the community creates more reliable and authentic means of networking and finding positions, he added.

“With a lot of the folks that have the experience we are looking for, there is no degree program or certification that is widely accepted, so a lot of it is through word of mouth and friends of friends,” Keough said. “We’ve had a lot of success that way.”

For the financial services-minded professional looking to break into digital currencies, perhaps the first and best place to look is with this hedge fund guy, who's aiming to be "the king of bitcoin." The guy's name is Mike Novogratz (his friends call him Novo), and Novo is a former Fortress Investment Group trader who "dabbled in bitcoin while still managing billions of dollars in a macro fund ... but didn’t score his first big win until after leaving the New York-based firm two years ago." To that end, here's how Novo's path to become the CEO of Galaxy Investment Partners (and to possible bitcoin royalty) began.

It started with a late-2015 visit to a friend’s startup in Brooklyn.

“I expected to see Joe, a dog and one assistant. Instead I saw 30 dynamic young people crammed in a Bushwick warehouse, coding, talking on the phone, making plans for this revolution,” Novogratz said. “Macro guys are instinctive. My instinct was, ‘I want to buy a chunk of this company.”’

Today, although he can't confirm or deny his plans due to regulatory reasons, Novo is reportedly in the process of raising a $500 million fund to invest in bitcoin and other digital currencies. At that size, it would be the largest of its kind to date.

A Day in the Life of a Web Developer

Jules Gravinese is a self-employed web developer. She's the owner of Web Veteran, a web design and consulting business.

5 Tips for Finding a Job at a Top Biotech Startup

The pharmaceutical and biotechnology industry produces drugs and other products that help people and animals live healthier lives, recover from injuries, and fight illnesses. From its humble origins in local pharmacies and apothecaries that prepared “home remedies” during the Middle Ages, the pharmaceutical and biotechnology (or pharma/biotech) industry has grown into one of the leading industries in the world.