Did I Choose the Wrong Internship? 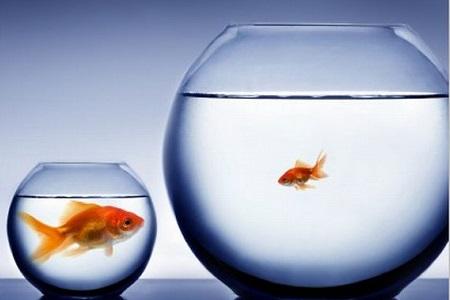 Vault recently held its Summer Internship Kick-Off Event in New York City, filling the room with enthusiastic college students about to embark on internship programs at some of the largest investment banks in the nation. As I listened to the panel of former interns offer advice to the next crop of talent, I couldn’t help but think back to the decisions I made as a college student and whether I made a mistake when choosing my own internship.

While I wasn’t looking into a career in investment banking, choosing an internship as a journalist can be just as daunting.  Do you want to work for a small community paper, a large daily paper, a glossy magazine, a regional television outlet or a major cable news company? And those are just some of the choices! Because of my ego, I even thought I could get a job in journalism without an internship at all. In college, I had successfully (with help) spun-off the school newspaper’s arts & entertainment section into its own paper and an article I wrote on workout supplements for the school magazine was going to be used in a book about steroids in baseball. Those were all the credentials I needed, right? – Wrong!

Realizing I had to stop being lazy about my career, I decided to be proactive, sending out resumes to local newspapers in my Bronx hometown prior to my senior year.  I believed that it was my best option for getting the newspaper clips I could use to further my career. I received an email from an ultra-local paper covering a smaller area of the borough. I accepted the internship and arrived for my initial meeting with my internship advisor, declaring my intentions and explaining my reasons for making my choice.  Then I watched as other students looked over lists of potential internships – one chose to intern at NY1 where she is a well-respected producer today; and another chose an internship at Sports Illustrated.

Although I think I made the best decision for me—I had a story published in my first week on the job and had a front-page story within only a few weeks—there were definitely alternative routes that I could’ve taken. I believe I’ve had a long and successful career, but as I talk to interns or interview other people who discuss their career tracks, I often wonder where I would be had I delved into a larger newspaper. Here are some reasons why it may not have been so bad to be a small fish in a big pond:

Resume Radiance: That one guy who may or may not have had a chance to write a piece for Sports Illustrated will still be able to include Sports Illustrated on his resume. For a sports journalist, that’s the equivalent of being able to put Goldman Sachs on your resume. It is definitely going to expand your options during the job search – probably more than having a smaller publication on your CV.

Full-Time Offers: One of my fellow students was hired by NY1 after her internship was complete, a channel so watched it has singlehandedly prevented people from ditching Time Warner for FiOS. For many of the college students at our Kick-Off event, they may have a job offer from Morgan Stanley, Moelis or Blackstone waiting for them after they complete their summer internship. I didn’t get an offer when my internship was complete.  Why? Smaller companies need help from interns, but they don’t often have the budget to hire them, regardless of how good of a fit they might be. Larger companies can afford to extend offers to some of the better interns, especially if it keeps them from their rivals.

Competition: I was the only intern. I didn’t have anyone to push me to do more than what was asked. At larger firms, you have to do everything you can to stand out from the rest of the pack. By working alone, I was the only one pushing myself to do better, but in a larger group, the competition is higher. Interns work harder because they are constantly comparing themselves to one another since there can only be a few standouts. It’s hard to do this alone when you’re the only one.

Humble Yourself to be Better: Nothing will inflate an ego like immediate success. When I got my first front-page story, I thought I was the world’s greatest reporter—despite the fact that the story was only read by a small percentage of New York. In the same way that being among a group of interns can spark your competitive fire, it can also instill some humility as you realize just how lucky you are to be among such a strong crop of talent. Humility allows you to improve on mistakes and strive to be better. When you allow your ego to get too big, you never look at ways you can improve, because you think you’ve achieved everything.

That said, I am happy with the decisions I have made. I worked for some great companies and met a lot of great people along the way. However, there were many paths before me, as there are before you. For those students who will be interns next year, there is nothing wrong with being a part of a larger group because although it is harder to stand out, there are many opportunities to learn and plenty of room to grow. Don’t be intimidated, just go for it!

This past Wednesday night, Vault held its inaugural Summer Internship Kick-Off Event, which brought together more than 150 interns at over 30 different finance firms with nine full-time investment banking professionals. The full-time professionals were part of two panel discussions that took place after a networking session.

Real Tips for a Successful Internship

It’s that time of year again. In a few short weeks, students will begin their internships at companies throughout the country, hoping to get their foot in the door, impress their bosses and land the job of their dreams.