7 Great Nonprofits to Work For 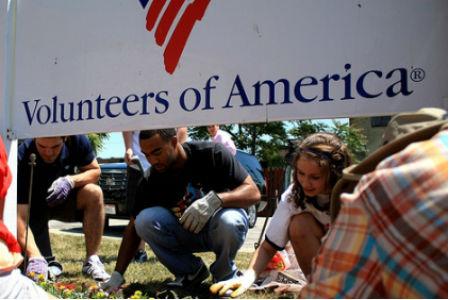 At the end of each year, people often reflect on how the past 12 months have shaped them and their lives, thinking about what has changed and what has improved. Many also reflect on what they can do differently in the coming year. For some, giving back and being more charitable becomes a "resolution." But it's a resolution that can easily be confounding and daunting. To make it easier to keep that resolution, here is a list of seven great nonprofit organizations that are not only making a huge impact on the world, but are also currently hiring.

This human services organization has been helping the disadvantaged, marginalized, and under-served for over 120 years. With a track record of helping 2,000,000 people annually, the “church without walls” has empowered America's most vulnerable groups, including seniors, people with disabilities, at-risk youth, men and women returning from prison, homeless individuals and families, those recovering from addictions and many others. Check out jobs here.

As the largest grassroots environmental organization in the US, the Sierra Club has been at the forefront of environmental change for over a decade. Founded in 1892 by conservationist John Muir, or known as “John of the Mountains,” championed for the preservation of wildlife, notably getting Congress to pass the National Park bill which established Yosemite National Park. Today, the Sierra Club has gained over 2.4 million members and supporters who have successfully championed and protected 250 million acres of land. Check out jobs here.

As an organization that has won the Nobel Peace Prize in 1999, Doctors Without Borders has built a legacy of selfless support and availability to countries in times of conflict and natural disasters. With over 33,000 staff on the ground in roughly 70 countries, the staff ranges from midwives and surgeons to project managers and office coordinators, and the organization is constantly in need of more help. MSF (Medecins Sans Frontieres), as it’s more commonly known throughout the world, is fully funded by private donors and relies almost fully on the support of the public. The work MSF does has infiltrated into the news media and proven a combatting service that countries in turmoil attempt to drive out. Check out jobs here.

World hunger is a saturated topic covered by the world media, yet many Americans forget that this is a national problem as well. In a nation that throws away billions of pounds of food per year, hunger shouldn’t even be a factor, yet millions of children and adults are hungry in the U.S. The Feeding America network is the nation’s largest domestic hunger-relief organization, helping feed and educate people with healthy, nourishing food. Together with individuals, charities, businesses and government, the Feeding America network believes that hunger can be eliminated. Check out jobs here.

The Wounded Warrior Project originated out of the September 11, 2001 terrorist attacks in New York City, after which America sent thousands of soldiers to Iraq, resulting in over 48,000 servicemen and women having been physically injured. However, WWP estimates that about 400,000 service members live with the invisible wounds of war, and the organization’s purpose is to provide free programs and services on the physical, mental, and long-term financial well-being of this generation of injured veterans, their families, and caregivers. The organization has helped 20,238 families so far. Check out jobs here.

UNICEF got its start in December of 1946 when the United Nations saw a need for children facing famine and disease after the end of the Second World War. In the 70 years since then, the organization has been regarded as fully “working with others to overcome the obstacles that poverty, violence, disease and discrimination place in a child’s path,” and succeeding. From education opportunities to environmental change, UNICEF has tackled all the outside influences a child might experience, and has improved the lives of children and women across the globe. Check out jobs here.

Heralded as the “defender of humanity’s most fundamental values,” the nonprofit organization is run by more than 400 staffers, whose educational backgrounds are as diverse as their nationalities. HRW was founded in 1978 with the goal of defending all people worldwide, empowering them to retain their rights. Since then, HRW has published an average of 100 reports each year about conditions in over 90 countries. The organization’s influence on policies, laws, and governments is unprecedented. Check out jobs here.

Can Finding a Job You Love Improve Your Health?

The answer is yes, say experts.

In a recent New York Times "Well" article, several "experts in nutrition, obesity, cardiology and other health disciplines" were asked the question, "If you had just one piece of health advice for people in their 20s, what would it be?" Most of the answers weren't all that surprising, as nearly all involved good exercise and eating habits such as: learn how to cook (which "will save you money and help you to eat healthy"), eat your veggies ("nutrition science is complicated and debated endlessly, but the basics are well established: eat plenty of plant foods, go easy on junk foods"), and adopt a post-party exercise routine ("if you engage in a lot of drinking and snacking, ensure you exercise a lot to offset all those extra calories from Friday to Sunday").

The Best Apps for Your Job Search

With more than 2 million apps on the market, it can be difficult to decide what is necessary to download and what you can skip over. So we’ve got eight apps that can take you from the beginning steps of your job search all the way to the interview.

How to Be Happy at Work, According to Science

Work can be a drag, even if you’re in a career that you love—and especially if you aren’t. But if you’re going to spend at least half your waking hours each weekday at work, you should make sure you’re doing your best to be as happy as you can be.