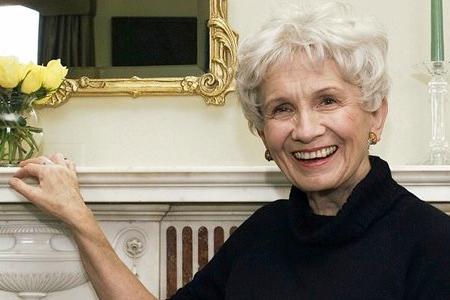 Last week, the New York Times highlighted a recent study conducted by two psychologists from the New School that apparently proves that reading literary fiction can help you become a better interviewee.

Say you are getting ready for a blind date or a job interview. What should you do? Besides shower and shave, of course, it turns out you should read—but not just anything. Something by Chekhov or Alice Munro will help you navigate new social territory better than a potboiler by Danielle Steel … That is the conclusion of a study published [last] Thursday in the journal Science. It found that after reading literary fiction, as opposed to popular fiction or serious nonfiction, people performed better on tests measuring empathy, social perception and emotional intelligence—skills that come in especially handy when you are trying to read someone’s body language or gauge what they might be thinking

The study—whose results were called "important" and "remarkable" by Dr. Nicholas Humphrey, an evolutionary psychologist and emeritus professor at Cambridge University who has "written extensively about human intelligence"—employed fiction by Don DeLillo and Louise Erdrich, in addition to Alice Munro (who, incidentally, was just awarded the Nobel Prize in Literature). After reading excerpts of these and other writers' work, subjects were given "computerized tests that measure people's ability to decode emotions or predict a person’s expectations or beliefs in a particular scenario."

Although the study's results showed rather convincingly that reading literary fiction can have an immediate, positive affect upon social skills, including, presumably, interviewing skills, the study did not address the following:

How long could such effects last? Would three months of reading Charles Dickens and Jane Austen produce larger or smaller effects, or have no impact? Are the differences in scores all attributable to the type of material read? Would the results hold if the same person read all [three] types [literary fiction, popular fiction, and nonfiction]? And would it matter if the literary fiction was particularly difficult?

Nor did it address which specific authors or books you should read if you're interviewing with, say, a bulge-bracket bank versus a consulting firm, or a Big Law firm versus a Big Four firm. And so, to that end, below are four works of fiction I recommend reading before your next interview, depending on which type of position you're interviewing for.

2666 by Robert Bolano: sales & trading analyst/hedge fund analyst. Bolano's posthumous masterpiece, whose five different parts act as movements of an orchestra (and are extraordinary novellas in themselves), gives you any unparalleled insight into the evil shadows of man's soul. It also takes you to the front lines of World War II, behind the scenes of modern professional boxing, and behind the bars of more than one prison. That is, 2666 not only increases your empathy for a variety of different people (Bolano's novel brings to life hundreds of characters hailing from several continents) but also prepares you to do battle everyday, which is essential in any high-pressured work environment such as a Wall Street trading floor. And if, down the line, you find yourself on the wrong side of the law, 2666 will give you a good idea (or worst-case scenario) of what you're getting into when they slam the door and throw away the key.

The Wind-Up Bird Chronicle by Haruki Murakami: management consultant. Arguably Murakami's best (at least, I'd argue, and argue rather vehemently, that it's Haruki's best), The Wind-Up Bird is the perfect prep for the so-called case study interview. Which is to say it's strange, it's beautiful, it's difficult, it's weird, it's mysterious, it's mind-boggling, it's fun, it's harrowing, it's not for the faint of heart, and it's rewarding beyond belief if you put in the effort make it to the end.

The Fall by Albert Camus: first-year law associate. The great French existentialist's final piece of fiction begs to be read in one sitting. So if you have a few hours to burn before your interview, take a corner barstool and ingest this brilliant monologue given at a fictional watering hole in Amsterdam by a once-celebrated defense attorney who fell from grace and who speaks about his fall from grace openly, honestly, and in an incredibly entertaining manner. Although The Fall might cause some associates-to-be to question their choice of career, I believe it's a reading experience that will leave most future lawyers enthused to be joining such an exciting (and morally challenging) profession.

The Pale King by David Foster Wallace: staff auditor/tax staff. Another posthumous work of fiction, TPK goes deep into the inner lives of numerous professionals in the accounting industry, so deep in fact that you will likely exit this thick, rich, unfinished novel pondering the secret desires, sufferings, regrets, lost loves, shameful ailments, existential dilemmas, and darkest moments of your interviewers, and so, in addition to making you more empathetic, DFW's TPK will perhaps make you more willing to be open about yourself and thus allow you to more easily make a connection with your interviewer, and, after all, isn't making a connection with your interviewer what interviewing is all about?

Read More:
For Better Social Skills, Scientists Recommend a Little Chekhov (NYT)
How to Fight Interview Stress and Fright
27 Interview Questions That Weed Out the Weak on Wall Street
Cracking the Case Question: Advice from the World's Best

27 Interview Questions That Weed Out the Weak on Wall Street

If you're preparing to interview for a position in investment banking, sales and trading, or investment management, it's likely you've already practiced answering a host of interview questions, including: What are your strengths and weaknesses? Why do you want to work for this firm in particular?

Cracking the Case Question: Advice from the World's Best

Case questions are a critical part of preparing for life as a consultant—not only are they a major component of the course load at many MBA programs, they are often used as a means of testing job candidates at the interview stage. Being able to quickly and efficiently handle a case question, then, is critical.

How to Fight Interview Stress and Fright

Although interviewing for a job can be frightfully stressful, it doesn't have to be. In fact, with proper preparation (researching the company you're interviewing with, the position your interviewing for, and the person or persons who will be conducting the interview) as well as the below three tips, interviewing can be as relaxing as having a Bud with a bud.