How to Prepare for a Phone Interview 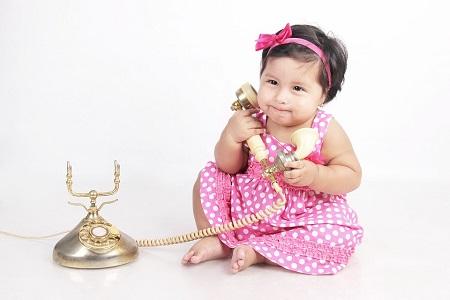 “I had my phone interview today and I don’t think they will be calling me back for a second interview,” my friend said in a text.

“Why? What happened,” I responded.

“I froze,” she responded.  “I prepared, but it was awkward and I ended up forgetting everything. And I couldn’t tell their reaction.  The call lasted 10 minutes.  I could tell it didn’t go well.”

My friend is in a contract position and is coming up on the end of her current assignment.  She has been stressed about the job interview process and the phone interview was a pretty new experience for her. Regardless, the phone interview, while more prevalent in today’s job search, is still one of the hardest to get through. The inability to see the interviewer, the awkwardness that is often found in even the most casual of phone conversations, and the stress of a job search all create difficulties that are hard for some to overcome.  Here are some tips to get you better prepared for a job interview:

How do you prepare for an in-person job interview? You get dressed up, prepare your elevator pitch, prepare yourself to answer questions about your career and research the company you want to work for – coming prepared with questions of your own. Of all those points, getting dressed up is probably the one issue that people often ignore, because they view a phone interview as a way to discuss the job in a casual setting.  It’s not casual and the more you allow yourself to fall into the trap of wearing your PJs, the less you treat the interview as seriously as you should.  By dressing up, even though they cannot see you, you put yourself into a different frame of mind; you take yourself, the interview and your answers more seriously. Don’t ever allow yourself to get too comfortable.

Don't Talk Like You're on the Phone: There is something about talking on the phone that turns normal communicators into bumbling idiots. It’s true. When you talk in a more professional setting, how often do you "ummm" and "ahhhh" and "but" your way through a conversation? On the phone, we often find ourselves filling silences with sound effects that seem normal during a regular conversation, but are often distracting to the interviewer during a phone interview. The "ummm" takes the interviewer out of the moment. You might have been saying something impactful during the opening seconds, but that "ummm" broke it up in a way that they don’t even remember what you were saying. However, a few "ummm" and "ahhhs" aren’t going to destroy your chances at getting a job, but if you allow yourself to talk in this way once, you will start giving yourself permission to do so throughout the interview process and that, without the benefit of seeing your face and reactions, will give off a bad impression. Speak clearly and concisely at all times. And, if you think you need it, practice a bit before the phone interview during normal conversations with friends.

Cheat: The phone interview is like any other job interview, but there is one aspect where it differentiates: THEY CAN’T SEE YOU!  Think of it like an open book test for a job interview. Before you get on the call, think of your answers and write (or type) them down. Open up some tabs to important information about the company that you may want to refer to when asking your own questions. Don’t rely on any of these materials, because you might end up sounding like a robot if you read off your screen, but if you get lost for a second, you have an opportunity to get yourself back on track with a quick view of your notes. Use big fonts so it’s easy to see what you wrote down, because awkward silences while perusing your cheat sheets can also hurt your chances during the phone interview.

So Slow it Down: When you are sitting across from someone, it’s easier to tell when they are finished making a statement or asking a question, so when you can't see them during a phone interview, it's more likely that nerves will overtake you and might catch yourself cutting them off. Interrupting someone while they are talking is rude, so take your time before answering. Let them get their sentence out, pause for a second and when you can tell they have finished speaking, answer the question.  You might think taking that pause could seem awkward, but it’s ok to take a second to put your thoughts together. The interviewer will understand this more than they will understand you talking over them.

Know Your Phone-Specific Questions: While phone interviews are becoming more common for jobs within your own region, they are the norm when it comes to interviewing for positions outside your current geographical location. That being said, you should be prepared for the question, “Are you willing to relocate for the job?” Research it a bit.  Where would you live? How soon do you think it will be before you find a place to live? The latter question is important, because they may ask, “When can you start,” and if you are not living where the job is located, that’s an important question to consider. If you seem unsure of any of the answers, chances are the company will not take the risk of advancing you into the second round of interviews.

Close Strong and Follow-up: Face-to-face interviews are easy to end. They thank you for coming, you get up, everyone shakes hands, and they sometimes walk you to the elevator before you go off on your merry way. Sometimes it’s hard to end a phone interview because talking on the phone can be awkward for some people. You should avoid talking to the interviewer like you’re dating - “No, you hang up first.” Or avoid treating the interviewer like a friend – “Later bro!” And don’t accidentally say, “I love you,” because that’s how you typically end your calls with your significant other.  Just avoid awkward goodbyes altogether.

When they finish, thank them for the interview, say goodbye and hang up the phone. Then, take a break before going on your computer and writing them a follow-up email thanking them for taking the time to speak with you, expressing your continued interest in the job, letting them know you look forward to the next steps in the process and maybe one or two statements related to the interview that help your case. Hopefully, you proved yourself worthy of a second interview, which will more than likely be face-to-face. (But if it’s a Skype interview, we’ll have a blog for that, too in the coming weeks.)

Read More:
The Mistakes I Have Made During Job Interviews
Job Interview Do’s and Don’ts
The Four Ways to Maintain Your Sanity During the Job Search

The Four Ways to Maintain Your Sanity During the Job Search

The job search is one of the most stressful periods of time in your life. If you have a job and are looking for a new one, it’s most likely because you are unhappy, in need of more money or want to better your quality of life.

The job search is a stressful experience, especially if you don’t currently have a job. One mistake – a spelling error, a poorly worded email – feels like your world is coming to an end.