How to Ace Even the Trickiest Guesstimate Interview Questions 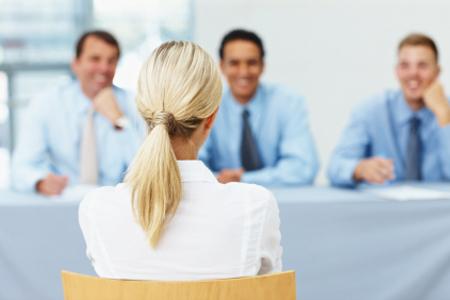 Guesstimates are interview questions that ask candidates to come up with a figure, usually the size of a market or the number of objects in an area. The most important thing to remember about guesstimates is that they are designed to let your interviewer see how your mind works, rather than designed to see if you can get the right answer. In any case, here's how to tackle them:

1. Begin with a question.

For any guesstimate or brainteaser question, you will need to understand whether your interviewer will be providing any direction or whether you will have to make assumptions. Therefore, you would begin the analysis of a guesstimate that, for example, asks you to determine how many ping pong balls fit in a 747 by posing a question to your interviewer, such as, "What is the volume of a single ping pong ball?" If the interviewer does not know or refuses to provide any answer, then you must assume the answer. If they do provide the information, you may ask a series of follow-up questions. For this example, let's assume your interviewer wants you to make the assumptions. Your answer might go something like this:

In addition to the human volume, whave to take into account all the cargo and extra space: the belly holds, the overhead luggage compartments, and the space over the passengers' heads. Let's assume the plane holds four times the amount of extra space as it does people, so that would mean the extra space is 2,400 person-equivalents in volume. Obviously, this assumption is the most important factor in this guesstimate. It's not important that this assumption be correct, just that you know the assumption should be made.

Therefore, in total we have 3,000 (or 600 + 2,400) person-equivalents in volume available. Three thousand x 10,368 cubic inches means we have 31,104,000 cubic inches of space available (we can round to 30 million). At three cubic inches per ball, a 747 could hold about 10 million balls. However, spheres do not fit perfectly together. If we eliminate a certain percentage - spheres lose about 30 percent when packed - we cut the answer to about 7 million.

You might be wondering how you would calculate all these numbers in your head! No one expects you to be a human calculator, so you should be writing down these numbers as you develop them. Then you can do the math on paper, in front of the interviewer, which will further demonstrate your analytical abilities.

You choose the numbers, so pick nice round numbers that are easy for you to manipulate. Even if you just read a study that states that there are 320 million people in the United States, no interviewer will flinch if you estimate the number of Americans as 300 million. Some other helpful numbers: there are roughly 120 million households in the U.S., the number of persons per household is approximately 2.6, the U.S. is approximately 3.8 million square miles, and approximately 35 percent of the population is under the age of 25.

Don't forget to add the "extra step" to your guesstimates. In the above example, this step involved reducing our estimate of ping pong balls because spheres do not pack perfectly together. If you're trying to figure out how many blocks there are in New York City, remember to eliminate blocks covered by Central Park (and other parks). If you're determining the number of black cars in the United States, once you've estimated the number of cars in America, make sure you estimate what percentage of them are black. If you're guesstimating how many cartons of eggs are purchased on a Tuesday, remember to divide your initial estimate of weekly purchases by seven. Finally, if you're using the population to estimate how many cars there are in the U.S., don't forget that most people under 16 don't have cars and many people over 80 don't drive.

The above was excerpted from the new Vault Guide to Finance Interviews (the 9th edition, which was published earlier this year).

In light of the credit crunch of late 2008, students are going to see the same "How did we get here? " question masked in a variety of forms.

5 Guesstimates Wall Street Firms Ask and How to Answer Them

Guesstimates are interview questions that involve asking candidates to come up with a figure, usually the size of a market or the number of objects in a certain area. Although guesstimates are more commonly given in interviews for consulting positions, they do pop up in finance interviews as well.

Since December, Vault has been asking accounting professionals across the U.S. to tell us what it's like to work for their firms.