4 Small Interview Tips That Will Make a Huge Difference 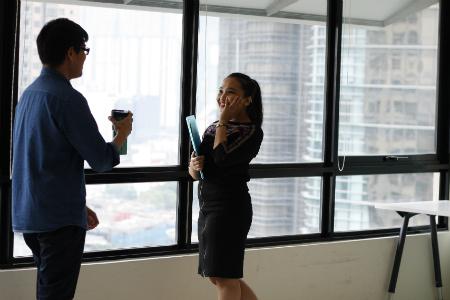 “Be so good they can’t ignore you.”

Steve Martin’s advice should be on every job seeker’s agenda—no matter what skill level you’re on. However, there are a lot of candidates who are also hard to ignore. In addition to being your best, you need to realize what can help or hurt your chances during the interview process. Here are four little things that can have a huge impact on your interview:

Because of public accounts like social media, your professional image is no longer based solely on the actual interview. Unfortunately, those seemingly innocent posts and pictures could be ruining your chances at getting the job.

An April SmartRecruiters report took a look why some job candidates were passed over. 42% reported that their social media postings are public, 23% said there are photos of them drinking at a party or bar, and an the same number admitted to sometimes posting spelling errors.

Tip: Your online reputation matters more than you know. Replace negative content with insightful posts and engage in professional conversations, not political rantings. Use apps like Scrubber, to help you identify what needs to be cleaned up on your social accounts. Make accounts that aren’t enhancing your professional image—like Facebook or Instagram—private, and utilize Twitter and LinkedIn as more professional accounts.

One of the best ways to show how perfect you are for a job is through references. They’ve seen your work, skills, and experiences put to the test and can speak on your behalf sometimes better than you can. Recruiters know this and are listening. In fact, 78% of recruiters rank referrals as the best source for quality hires, according to a recent Jobvite report. The report also showed referred applicants are five times more likely to be hired than a non-referred applicant.

Tip: In preparation for your interview, look to see if you have any connections to the company or its leaders on LinkedIn. If you find connections, fill them in as to what position you’re applying to, the listed qualifications, and skills needed. When they reach out, they’ll be prepared to speak directly to why you’re a good fit for this job.

3. Get Back to Black

It’s crucial to use clothing as part of your interview strategy. In the SmartRecruiters report, 70% of the hired candidates reported wearing a mostly black outfit to their interview, while just 33 percent of rejected candidates wore black.

Tip: Dress in black attire to immediately give interviewers a first impression of professionalism. From dresses to suits to blazers, the successful candidates in the SmartRecruiters survey weren’t hired specifically because their attire was black, but because they dressed professionally. While keeping professionalism top of mind, it’s important to also consider a company’s culture. Make sure you match the company’s level of informality. For example, when interviewing for a laid-back startup whose employees wear jeans and t-shirts, you won’t want to wear a suit and tie. Dress one step up from current employees to show a level of professionalism.

4. What You Talk About

Job seekers often receive advice on how to talk about themselves in an interview, but according to the research, that isn’t the only thing interviewers want to hear. SmartRecruiters found hired candidates reported spending more time talking about company culture and the functions of the job with their interviewer (63%) than did the rejected candidates (47%).

While it’s important to show off your experiences, skills, and passion during an interview, each point should relate directly to the company’s culture and the functions of the job.

Tip: Engage in meaningful conversations about the prospective role and the company’s culture. Look for ways to show how your values make you a perfect cultural fit, but don’t go overboard spewing meaningless compliments. Stay on track by making yourself a list of pros and how they connect to the company/position before going into the interview. While helping you feel prepared, it will also limit time-wasting tangents.

Before you send another application, sit down and think about how these four areas apply to you and your job search. Know where you’re already excelling, what needs to be changed, and where you can make tweaks in order to “be so good they can’t ignore you.”

Karyn Mullins is the General Manager and EVP of JobsInSports.com, a place with all the tools, statistics, and information needed to connect job seekers with employers for sports employment openings at all levels.

Answering "Why Do You Want to Leave Your Current Job"?

"So why do you want to leave your current job? "

Like many interview questions, there are lots of potential subtexts that might start running through your head when you hear this one come out of an interviewer's mouth.

How to Master the Phone Interview

Every day, qualified candidates fall out of the running for good jobs for one petty reason--they suck at answering phone interview questions.

But there's a very simple formula for winning at phone interviews--and it's more obvious than you think.

3 Interview Tools for When You Need to Prepare Quickly

You've been applying for jobs, and have finally managed to schedule an interview with an awesome company, with a week or two to prepare. But then they call and ask if there is any chance you could come in first thing tomorrow morning instead.