How Will a Biden Presidency Affect International Students' Job Search? 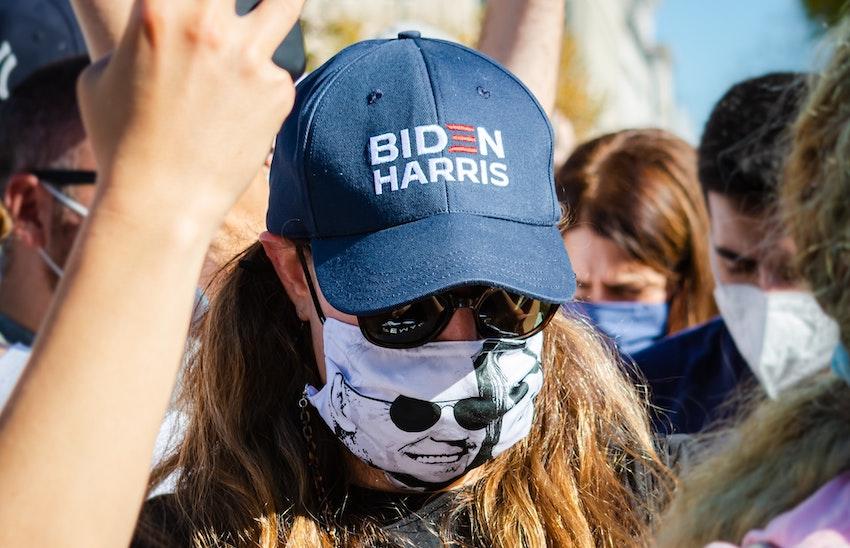 After Joe Biden was elected the 46th president of the United States, we spoke with international student career expert Marcelo Barros to get a sense of how a Biden presidency is going to affect international students and their U.S. job search. We discussed immigration policy, H-1B visas, what students can do now, and more.

Vault: First of all, how did international students react to the outcome of the election?

What about U.S. employers? How did U.S. companies that rely on employing international students react to the news that Biden will be the next president?

With a huge sense of relief as well. U.S. employers that rely on the H-1B program to tap into the global workforce understood that the goal of the Trump administration was to curtail all immigration—and that included curtailing the H-1B visa program, typically the main visa program U.S. firms use to hire international students.

In particular, the tech sector just couldn’t take it anymore. Fast-growing tech companies need many highly skilled workers, and these tech workers are often very difficult to find in the U.S. For example, there just aren’t enough software developers and engineers to meet demand, and this is often cited as the single greatest limiting factor to growing a U.S. tech company today. So, U.S. firms depend on favorable government policy in order to hire the right people to fill key positions.

What can U.S. employers who rely on international students expect under a Biden presidency?

Going forward, international student-friendly firms can expect less red tape and more H-1B approval predictability. In other words, they can expect the government to act according to the rule of law when reviewing H-1B applications. Everyone, including court judges, is tired of bogus and illegal H-1B denials or RFEs [requests for evidence]. U.S. firms will be relieved if a Biden administration returns U.S. Citizenship and Immigration Services policies to those of the Obama administration. And it’s very reasonable to expect that to happen. We’ll know much more in the first half of 2021 during the first H-1B filing season under Biden.

Going backward for a bit, due to the Trump administration’s policies, were international students less motivated to stay in the U.S. after graduation?

No, I don’t think so. The sense of frustration and fear was certainly extremely high, but in general, international students continued to push forward, hoping to land a job in the U.S after graduation. During the Trump presidency, international students remained increasingly interested in joining the U.S. workforce after graduation. Getting a U.S. college diploma is a source of pride—it’s certainly an important milestone in one’s life—but it pales in comparison to getting a well-paying job with a top U.S. firm in your desired field.

How did international student job placement fare under the Trump administration?

What adjustments did your company The International Advantage have to make during the Trump administration?

Given the outcome of the election, what do you recommend international students do now?

I've been telling international students to do the following five things:

1. Get into job search mode before you come to the U.S. Due to Covid and unfavorable immigration policies, many prospective international students have opted to defer enrollment at U.S. universities until the fall of 2021. These students should be job searching now. For example, they can leverage social media platforms to start connecting with people who work at firms they may want to target once they arrive in the U.S.

2. Follow U.S. politics if you want, but do so from a distance. Above all, don’t try to interpret possible changes to the H-1B program on your own. Don’t waste time and emotional energy overreacting to immigration announcements that might be irrelevant. Instead, take action to develop skills that are in demand.

3. Don’t be afraid to be excellent. Leverage this moment of transition in the U.S. to confidently own your international advantages and show the world and U.S. employers what you can produce. Honor the gifts given to you by your country of birth and capitalize on the endless opportunities the U.S. provides.

4. Take a much needed deep breath. Let go of the anxiety and feeling of rejection you might have experienced in the past four years—and replace fear with creative job search strategies that allow you to get noticed by U.S. employers, beat visa odds, and get hired.

5. Read the following words from the Biden campaign website. "For generations, immigrants have fortified our most valuable competitive advantage—our spirit of innovation and entrepreneurship. Key sectors of the U.S. economy, from agriculture to technology, rely on immigration. Working-age immigrants keep our economy growing, our communities thriving, and country moving forward."

The Best Jobs in FinTech: Part I

4 Career Lessons from the 2020 Presidential Election

The 2020 presidential election was unlike any other we’d seen before. From socially distanced campaign events to unhinged debates to unfounded accusations of election fraud—all taking place in the middle of a global pandemic—it’s safe to say it was the most unusual election in modern times.

The Best Jobs in FinTech: Part I

It’s the most stressful time of year—whether it be annual reviews, bonus season, or law school finals—all are major events that can make us feellike we aren’t good enough. The dreaded imposter syndrome can take hold at any point in our careers.