Women in Tech: How One Top Consulting Firm is Solving the Retention Issue 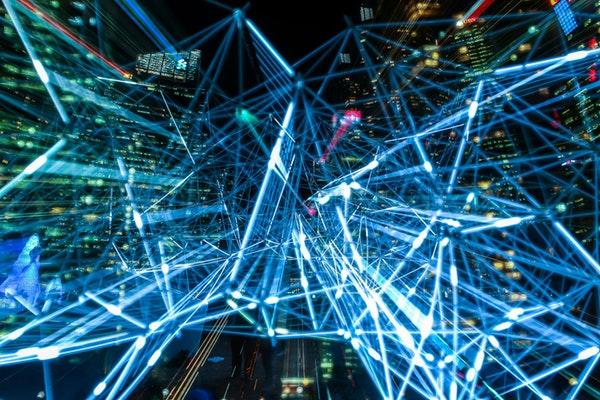 In the slew of coverage around the #MeToo movement and #TimesUp campaigns, the technology industry has been a prominent focus for campaigners. And it's not surprising: tech is a largely male-dominated field that has a reputation for not being particularly welcoming to women. Among the documented problems: a persistent gender wage gap, and leading companies with an entrenched culture of sexist behavior. And that's on top of issues common across all industries, such as the majority of the burden for child-rearing tending to fall on women. Small wonder, then, that the rate of women leaving the tech industry is approximately double that of their male counterparts.

At a time when people with skills in any STEM-related field are in desperately short supply, that's a huge waste of talent.

One company that is working to overcome all of those problems is Booz Allen Hamilton, a leading technology consulting firm with a strong background in government contracting. I recently had a chance to talk to Patricia Goforth, the first female leader of the engineering business at Booz Allen. With more than 20 years of experience in the engineering field, Goforth leads more than 3,400 engineers and applied scientists at Booz Allen and serves clients including NASA and the Department of Defense. In addition, she also helped to launch a return-to-work program, with the Society of Women Engineers—a paid internship designed to help bring experienced women engineers back to the workforce. 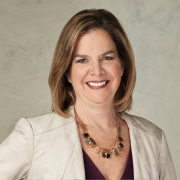 Talking to Goforth, it quickly became apparent that none of the usual detractors' claims about diversity would hold water: the return-to-work program has nothing to do with quotas or feel-good social activism. It's about one thing, and one thing only: attracting and retaining mission-critical talent.

"We do pretty well with hiring our young engineers, and we're doing pretty well at the senior level," Goforth told me. "It really is this mid-career period where we find that our numbers go down. And what I've seen is that about the time when our engineers are transitioning from that entry level to team leader, project leader is typically about the time that women and men are starting to become new parents, starting a family, or taking on increasing responsibility in their personal lives. And that seems to be when we lose a higher percentage of our talented women. So this relaunch program is an opportunity to target that affected group. If they should choose to step out of the workforce for a period of time, this is an opportunity for them to come back, to be supported in that comeback and to re-engage in the workforce."

At present the program, which has been in place since 2016, is small—in its first year, the company had just seven summer interns on it. However, it's also showing a lot of promise as a means for enticing talent back to the firm: five of those seven women joined Booz Allen on a full-time basis after completing the program.

Not only that, but it's about to get larger: starting this year, the return to work program will also be open to the spouses of military personnel. "It's an opportunity for us to reach people who are being impacted by personal priorities," said Goforth. "If, due to their spouse's deployment, someone is taken out of a geography where they had opportunities but then have the opportunity to come back to an area like Washington, DC--this is a way for us to give them, again, a path back into the workforce. And it's also very consistent with Booz Allen's commitment and respect that we provide to the military."

Of course, recruitment and re-entry to the workforce is only one thread when it comes to providing support for female careers in tech. The other strand is retention and upward mobility—which is something that Booz Allen has also been addressing. One of the ways it has been doing that, said Goforth, is by creating forums for women with interests in specific areas:

"We have a forum for women in engineering, for women in data science and for women in cyber, and we use these forums for women with those common interests to come together and share challenges they are finding--technical challenges, social challenges--and also, we use it as an opportunity to ideate and provide ideas for how we can improve the capabilities and service offerings that that we're presenting in those areas. We've found that those are very energized and creative forums that our women in those specific fields use."

"And this year in my new role, I've been asked to take on functional agenda leader across all of those STEM disciplines.  So we're also going to be looking at ways of integrating across disciplines, because very often we're finding that women who have an interest in cyber may also have an engineering background, and vice versa. So we want to maintain the specialization but also find opportunities for greater integration."

While the forum concept helps at the "grass roots" level, as Goforth puts it, and creates places for people to connect with peers and mentors, all of that work would go to waste in an organization where senior managers simply select people who look and think like them when it comes to making hiring and  promotion cycles—something that has long been an issue in the tech community. So how, I asked, does Booz Allen guard against that?

"We have an ongoing program around unconscious bias," said Goforth. "So, as unconscious bias seeps into our day-to-day decision making, we want to make sure that our people—both men and women—have the tools to address it, to verbalize it and bring it  from unconscious to conscious in the conversations. And I have seen that make a significant difference, especially in these important meetings where we're selecting leaders for particular roles, so that we always have the diversity lens on those important moments."

"For example, we do promotions on an annual basis for the senior levels. And we take a look at 'what does this promotion slate look like?' 'What is the percentage of men versus women that is represented in this promotion slate?' And again, we put that diversity lens on it. We say, 'hey, are there some top talent women? Are there some top talent, African Americans or other groups that we're overlooking?' and we have a conversation about it. We do the same for recruiting. We don't put quotas on ourselves. We just ask ourselves to reconsider the slate of talent that we are reviewing and can we introduce more diversity into that slate?"

The benefits of having that be a conscious process, says Goforth, is that it removes a lot of the awkwardness, and takes the onus off of specific individuals to advocate for inclusion:

"One benefit is just being able to have those conversations without people feeling like 'Oh, Trish is just throwing out the woman card again,'" said Goforth. "Instead of that, it's a welcome conversation. It's not an uncomfortable topic; it's very much a business-oriented topic and people are receptive to having the conversation.

So does this work?

It's too early to make a definitive call about whether Booz Allen has cracked the code, or what kind of effect these programs will have on its business. But here's what we do know: in addition to the five hires that came out of its return-to-work program (a better-than-70% success rate), this is a company that is walking the walk on putting women into senior positions within the company. Yes: the CEO, Horacio Rozanski, is male. But, as Goforth told me, the next level down will soon be dominated by female leaders:  "Our fiscal year starts in April and going into this next fiscal year, three of our five group leaders—aka direct reports to our CEO—are women. The leader of our defense group, the leader of our civil group and the leader of our strategic innovation group are women."

That kind of visibility alone is more inspiration for younger female workers in STEM fields than most companies can offer right now. Couple it with the other programs, however, and it seems like genuine progress—perhaps even a blueprint for other companies to follow—is emerging in an industry that badly needs it.

"All You Need is Interest": How One Consulting Firm Turns Students into Software Developers

Allen Tuggle has been a Software Engineer for 20 years. Since 2016, he has been working for Excella where, among his responsibilities, he mentors the next generation of developers at the firm.

What It's Like to Be an Intern at McKinsey

Eliza is an associate in McKinsey’s Shanghai office and was previously a summer associate while completing her MBA program at Northwestern’s Kellogg Graduate School of Business. From her internship interviews to joining for the summer and experiencing consulting for the first time, Eliza shares her McKinsey experiences, including what made her decision to return an easy one.

Even clearer: the fact that the reckoning we're seeing in every field from the media and entertainment industries, to politics and—most recently—the restaurant industry hasn't even scratched the surface.