15 of the Best Consulting Firms for Gender Pay Equality 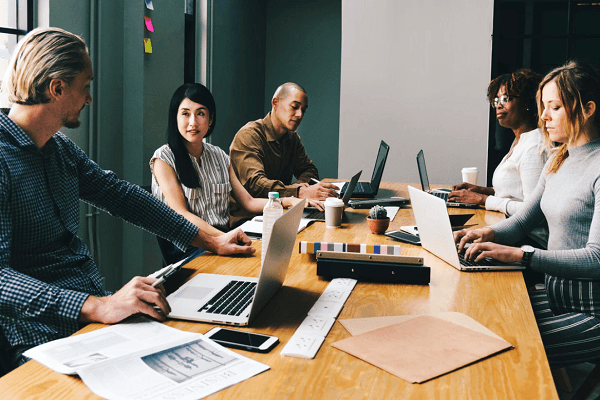 On March 8th, we celebrate International Women’s Day to honor the achievements of women around the globe and continue the fight for gender equality. One issue that serves as a critical focal point for this ongoing discussion is pay equality. More and more, employers are recognizing the inherent unfairness of paying men and women differently based on gender instead of merit. As Women’s History Month continues beyond International Women’s Day, we thought we’d take a look at which employers are doing their part to close the gap.

Every year, Vault surveys thousands of professionals at the best consulting firms around the world. Their responses form Vault’s annual rankings of the top consulting firms in prestige, quality of life, and numerous other factors such as diversity and compensation.

Drawing from the 2019 consulting rankings for North American firms, we’ve compiled a list of 15 consultancies that are making strides in closing the gender-based pay gap. Survey respondents were asked to rate their employers on a scale of 1 to 10 based on pay equality. The firms you see below each had more than 100 responses, and are organized by their pay equality score.

Selected response: “Bain has a number of diversity groups to support not only the recruiting efforts of these diversity groups, but to build a more robust culture within the firm. Regarding compensation, I could not imagine a more transparent compensation policy than what Bain institutes—everyone makes the same base salary…The difference comes in bonuses, but they are tied exclusively to performance ratings, so there is no possibility for pay inequality…”

Selected response: “The firm has a really strong commitment to equity of pay and opportunities. For example, during reviews (when pay and promotion decisions are often made), the firm even appoints someone in the room to specifically call out unconscious bias so that reviewers are talking just about the merits of each individual person. The firm also invests heavily in developing and supporting women in the firm so that they're ready to take on those promotion opportunities.”

Selected response: “The promotion discussions are very open, and there is a consensus decision on who gets promoted, followed by an appropriate justification. Both male and female managers are involved in making the decision for a person's promotion. Pay scale is based on quantitative ratings rather than subjective feelings, hence there is pay equity per employees’ performance reviews.”

Selected response: “There is an increasing effort to promote gender diversity and transparency into the promotion policy. Last year, the head of Strategy& left and was replaced with one of the women partners… Also, the pay levels are a bit formulaic, so it would be hard for me to imagine pay inequity.”

Selected response: “Brattle is a very open environment and there is generally clear communication regarding compensation and the basis for it. Brattle has a highly educated workforce that is quite diverse.”

Selected response: “A.T. Kearney is proactive and transparent in addressing the gender gap in consulting. There is a concerted effort for hiring equity at the junior ranks and increasing focus on increasing the presence of women in firm leadership.”

Selected response: “Trinity is very cognizant of pay equity, and has dedicated resources to ensure there is no gender-based pay gap. I am impressed by its willingness to look inward and analyze its own performance to foster a work environment in which there are equal opportunities for male and female employees.”

Selected response: “The firm is pretty open with how they set salaries. Each person is assigned to a "cohort" based on level of education and number of years at the firm. High performers are primarily rewarded through bonuses and promotions. And, I've seen very similar promotion timelines between male and female co-workers.”

Selected response: “The firm engages in a thorough, thoughtful, and inclusive compensation process that seeks input from external benchmark data, 360 performance reviews, and objective business measures. Authority for compensation adjustments is delegated to Practice Leaders and harmonized by the Board of Directors and senior leadership.”

Selected response: “ZS has been very transparent in sharing analysis that compares the equality of men vs. women both in terms of pay and promotion.  As a participant in most local promotion decisions, I have never felt there has ever been any discussion (either direct or indirect) other than the performance of the individual.”

Selected response: “I believe that promotions are earned based on our ability to earn our clients trust and ability to serve them consistently over a period of time. Market eminence and subject matter expertise determine promotion readiness.”

Selected response: “Salaries are laid out based on fairly mechanical lines, so that someone in the same position with the same tenure would be paid regardless of gender. The firm is greatly focused on ensuring female and diverse employees are given opportunities to excel.  In a group where travel is basically required (like many in consulting), the firm tries to give mothers flexibility and is actively trying to retain them...”

Selected response: “I believe that women in the office are fully supported and receive equal pay and opportunities.”

Selected response: “Base pay is a sliding scale across genders, although I don't know if there is a difference between bonus payouts. I do feel that Accenture has a strong commitment to diversity, especially across genders. It's one of the few global corporations setting public goals and sharing current gender mixes (50/50 male/female by 2025).”

I am thrilled to announce that we've released our Vault Consulting 50 ranking for 2019, our annual ranking of the top firms to work for in North America. McKinsey has claimed the No.