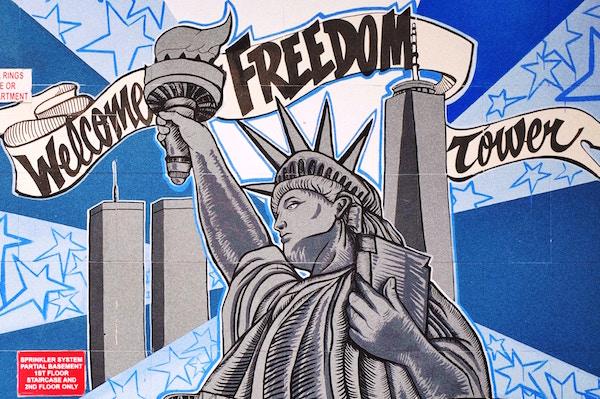 Last week, U.S. Citizenship and Immigration Services (USCIS) announced that it received 201,001 petitions from U.S. companies for H-1B visas this year, a 6 percent increase over the number it received last year and the first time in three years the number of petitions for the skilled guest worker visas rose versus the previous year.

VAULT: Is the increase in H-1B petitions a good sign for international students?

Were you surprised that the number of petitions increased?

I was. I don’t think anyone would have been too surprised if the number of H-1B petitions had decreased this year because the U.S. government took concrete actions in 2018 to make it unnecessarily difficult for U.S. firms to get their H-1B petitions approved. In fact, in some instances, the government has illegally made the H-1B review process lengthy, uncertain, and costly for U.S companies. I feel that the question the U.S. government is asking U.S. firms in regards to the H-1B program is: “Are you sure you want to try to hire a foreigner? I’m going to make you regret it if you try.” But once again U.S. firms answered, “Yes, I choose to hire and try to keep the international workers I need.”

Despite the increase in petitions, there are still only 85,000 H-1Bs issued, meaning demand is still much greater than supply. What do you make of this?

Unfortunately, nothing has changed in regards to the demand versus supply. There are still not enough H-1B visas to meet demand, meaning many of our international students currently on the payroll at various U.S. organizations will receive bad news from the H-1B lottery, and will probably have to leave their jobs. If Congress is paying attention to what’s happening, the only conclusion they can come to is that they must drastically increase the number of H-1B visas, or simply get rid of the cap all together.

A new H-1B rule just went into effect that favors applicants with a masters degree or higher. Should more international students with advanced degrees expect good news this year versus last?

A while back, the government estimated that the new rule would increase the odds that international students with masters degrees would get an H-1B visa by 16 percent. However, the 16 percent figure is only a guess; there are a number of variables that might impact what the actual benefit of the rule looks like.

Regardless of what the actual impact of this rule is, international students with advanced degrees who want to work in the U.S. should aggressively inform prospective employers of the benefits of this new rule, particularly midsized and smaller employers who might not be very immigration savvy.

In light of the new lottery rule and the U.S. government’s stance, what have you been telling international students these days?

As an example, I recently received an email from a future international student from India who let me know he’d been accepted into William and Mary’s full-time MBA program. This future international MBA student wanted to know which resources he could start leveraging now to get an early start on his job search—before he came to the U.S. This is the kind of behavior we want to see. The International Advantage is working really hard to reach our international students early, before they come to the U.S. This is one of our main priorities at the moment.

If a student who wants to work in the U.S. isn’t selected in the H-1B lottery, what should they do?

Frankly, their options are very limited if they don’ty get lucky in the lottery. Students who find themselves in this situation can sometimes work from a country other than the U.S. for awhile, gain more work experience and progress in their careers, and then try to come back to the U.S. via an L1 visa. Under the L-1 visa, U.S. employers can transfer international executives, managers, or specialty employees from an office outside the U.S. to one in the States. Or perhaps students can try the H-1B lottery again the following year. Some international students who didn’t get lucky in previous years with the lottery have been able to relocate and work from locations outside of the U.S. But much of what they can and can’t do depends on the nature of their job and employer. The most likely outcome for most is that they’ll unfortunately have to leave their jobs.

How can universities best help international students, especially now with the U.S. government trying to crack down on H-1Bs?

Here’s an idea. When international students receive their H-1B lottery results, most are likely working under OPT, as an F-1 student, which means that they’re still formally connected to their universities. International students who receive bad news from the lottery via an H-1B denial might be able to receive some assistance from their universities in evaluating whether the denial could be challenged in a federal court. I’m thinking that perhaps universities, with the help of the right resources, could offer an additional evaluation of their international students’ H-1B cases by tapping into their pool of alumni who work with employment immigration, or by partnering with an immigration firm. Already, there have been a number of arbitrary rejections of qualified H-1B beneficiaries. Government abuses of the H-1B visa system must be challenged, but this can be a costly and complex option, and perhaps universities can assist in some ways. Already, several companies have successfully fought fraudulent H-1B denials in federal court.

What can a student do if they think a law might’ve been broken?

In specific instances when laws may have been broken, suing the government might be an option to explore, and I hope that immigration attorneys are raising this possibility with U.S employers they represent. International students deserve a fair evaluation of their H-1B application from the U.S. government, but in some instances they’re not getting that. Who is going to protect them? International students are often alone and lack the resources and savvy to yell foul, so we need to step in and protect them. U.S employers that choose to hire our international students also need the government to play fair, and should intervene and speak up when laws may have been broken.

That said, I definitely don’t want to send the impression that every H-1B denial is fraudulent, or even worthy of being contested. This is up for immigration attorneys to decide. But in some instances, a second opinion from an experienced immigration attorney has made a difference. And again, perhaps universities might be able to step in and provide the resources needed to give some of their international students one last chance. Some coordination with impacted employers will probably be needed as well. This is all very doable in my opinion.

In late 2018, U.S. Citizenship and Immigration Services proposed a new rule that would change the way H-1B visas are allotted.

The bad news for international students looking to work in the U.S. after graduation is employers are clearly in the driver’s seat.

The pressure is on for the international class of 2018 who’ve received their degrees but haven’t yet secured U.S. employment.