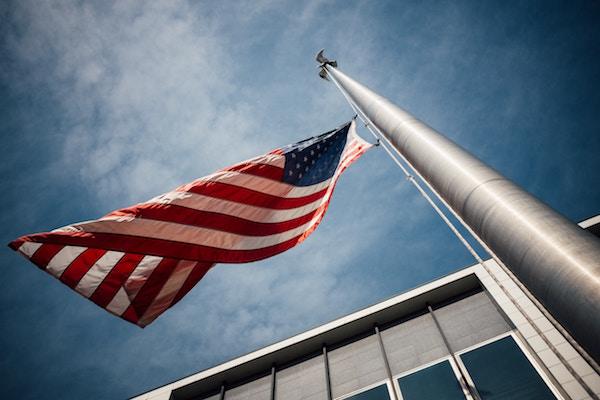 Today there are more than 16,000 students studying in the U.S. who are citizens of one of the seven countries named in President Trump's immigration order. A majority, some 12,000, are in graduate school. And it's a safe bet that most of these undergrad and grad students, if not all of them, are incredibly anxious about their futures thanks to the ban.

To fully understand just how anxious, I urge you to read the executive order in its entirety (available here via the White House website). I've read it a couple times, and though I'm no lawyer, the way I read it, it seems that the temporary ban on travel to these countries could very easily become much longer, even moving from temporary to an indefinite period of time (similar to the indefinite ban on Syrian refugees that the order calls for). Also, the way I read it, there's plenty of room for thousands of additional students to be affected, as the order calls for more countries to be easily added to the list of those banned. The order reads, "At any point ... the Secretary of State or the Secretary of Homeland Security may submit to the President the names of any additional countries recommended for similar treatment."

As for how schools and students in general are expected to be affected in the near future, here's a good summary of the situation from the Atlantic:

Schools across the country have current students who are worried they won’t be allowed back into the U.S. if they leave, prospective students who may not be allowed in at all, and faculty who are from the banned countries and fear they will be denied re-entry if they try to visit sick family members or relatives outside the country.

The Atlantic goes on to recount an incident in which a Sudanese student from Stanford with a green card was handcuffed in an airport just after the ban went into effect.

In addition to Stanford, the ban has affected students at several other schools, including MIT, which has a large international student population. Here's an Iranian MIT student's experience in the immediate aftermath of the ban:

On Saturday, Niki Mossafer Rahmati tried to return to Boston after visiting her family in Tehran, Iran, for winter break. Rahmati holds a multiple-entry student visa but was prevented from boarding her connecting flight to Boston because of the immigration ban.

In a Facebook post Saturday, Rahmati said she and 30 other Iranians were prevented from boarding planes to the U.S. “Among them were old couples trying to go and see their children in the U.S., two old women trying to be with and help their pregnant daughters there for their third trimesters, students who had just gotten their visas and families who had sold their belongings back home so they could build a better life in the U.S.,” Rahmati wrote in a Facebook post. “All these people had gotten visas legally and had gone through background checks.”

Rahmati said Sunday she was told that she should be able to return to the United States, but isn’t sure when.

MIT President L. Rafael Reif was among the many university presidents to respond to the ban. In a letter to the school's community, she wrote:

“Faculty, students, post-docs and staff from 134 other nations join us here because they love our mission, our values and our community. And—as I have—a great many stay in this country for life, repaying the American promise of freedom with their energy and their ideas.”

"I first came to the U.S. at age 21 with a partially filled suitcase, less than $100 in cash, and a one-way airplane ticket purchased with a loan. Once in the U.S., I was able to pursue a series of extraordinary opportunities for scholarship and service without regard for my national origin—an experience that forged in me an unshakeable faith in the ability of this nation to help everyone to succeed, wherever they came from."

There are many observers who believe the immigration ban will not only have a detrimental effect on students but will also hurt schools' research capabilities as well as the economy. The reason behind this is so much innovation in the U.S. rides upon immigrants, including those from the seven nations named in the ban, and particularly from Iran, from which a majority of the students affected by the ban come .

Restricting students from these countries could have a negative impact on the U.S. economy, said Neil Ruiz, who studies the economic impact of migration and is the executive director of the George Washington University Center for Law, Economics and Finance. Using 2008-12 data, he found that two-thirds of foreign students study science and technology, often referred to as STEM, or business and marketing, with many staying on to work in the United States. This is important because there are not enough U.S.-born graduates prepared to work in STEM fields, a sector considered vital to the nation’s economic growth ...

“We are the global hub for higher education in the world,” he said. “If we want to continue to be a great country, we have to continue to make sure that our higher-education system gets the best and brightest in the world, and Iran does provide some of our best and brightest.” He said he’s worried that Trump’s executive order will deter students from not only the seven countries, but others as well. “They will wonder, ‘Will we be on the list next?’” Ruiz said.

Schools could also be affected monetarily, since, in many cases, a significant portion of total tuitions are paid by international students.

In any case, while there's no telling what will happen with the ban—will it be revoked? extended? expanded to include other countries?—one thing is clear: the futures of thousands of students are a lot less certain than they were last week.

As 2017 began and a new administration took over in Washington, D.C. , many international students were understandably anxious about their job prospects.