You Need A Lot of This to Be a Great Manager 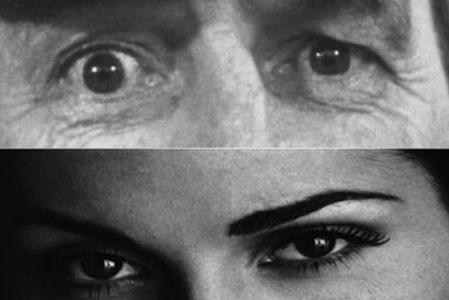 According to RPI President Shirley Ann Jackson, the subject of the latest New York Times Corner Office column and one of the highest paid private college presidents in the United States (she earns north of $7 million a year), there are two essential characteristics to be a successful manager. The first is the ability to "listen carefully," which "helps you understand the other person"; "you cannot expect to really reach them if you do not understand." The second, which is closely related to the first, is empathy. And here's Jackson, the first African-American woman to earn a doctorate at the Massachusetts Institute of Technology, speaking about what helped her learn empathy back in her college days.

As a freshman at M.I.T., I did volunteer work in a hospital in Boston, in the pediatric ward. I was feeling kind of down at the time because I was this African-American woman and people weren’t always so great to me. But the volunteer work was important because it kept me grounded. You’re with these little kids who have all these ailments.

There was a little blond-haired baby who had no face. He had just sockets for eyes. His nose was very deformed. He had a mouth to eat, but it was deformed, too. Nobody ever came to see him, at least that I could see. But every time I was finished with all the other things I had to do, I would just go hold him. It helped me realize that sometimes my own demons can get the better of me, but that everybody has a burden they carry. It’s important to understand that.

As for how you can learn how to have more empathy, perhaps the first step is to understand how empathetic you are right now. And to do that you can take this empathy exam of sorts, which will show you 36 different photographs of different sets of people's eyes and ask you to try to decipher each person's emotional state simply by studying these photos of their eyes. I encourage all of you to go ahead and take the test now (although I won't tell you how I fared on the test—I took it, too—I will tell you that it was an engaging and quite enjoyable exam).

Okay, now that you're back, irrespective of whether you knocked the exam out of the park or discovered that you're seriously empathetically challenged, the next step is to incorporate a daily empathy-training practice. This will help you build your empathy muscles.

A second step is to deepen empathic concern for others by developing an awareness of all those individuals hidden behind the surface of our daily lives, on whom we may depend in some way. A Buddhist-inspired approach to this is to spend a whole day becoming mindful of every person connected to your routine actions.

So when you have your morning coffee, think about the people who picked the coffee beans. As you button your shirt, consider the labour behind the label by asking yourself: "Who sewed on these buttons? Where in the world are they? What are their lives like?"

Then continue throughout the day, bringing this curiosity to who is driving the train, vacuuming the office floor or stacking the supermarket shelves. It is precisely such mindful awareness that can spark empathic action on the behalf of others, whether it's buying Fairtrade coffee or becoming friends with the office cleaner.

Easier said than done, I know. So if this seems a little daunting to you, there's always a trip to the museum. That is, to the U.K.'s Empathy Museum, where you can, among other things, literally walk a mile in someone else's shoes.

The Empathy Museum’s first exhibit is a shoe shop where visitors are invited to walk a mile in someone else’s shoes—literally. With contributions that range from a sewer worker to a sex worker the stories cover different aspects of life, from loss and grief to hope and love and take the visitor on an empathetic as well as a physical journey.

Another activity you can do at the museum, the first of its kind, is check out a person. And by check out I don't mean look at or size up but check out like you would a library book.

Amongst the unusual exhibitions will be a human library, where instead of borrowing a book you borrow a person for conversation—maybe a Sikh teenager, an unhappy investment banker or a gay father. In other words, the kind of people you may not get to meet in everyday life.

Lastly, I can't help but think of the award-winning book of essays The Empathy Exams by Leslie Jamison, and that it might also be a good idea, as a way to increase your empathy muscles in order to improve your managing skills, to read this highly-acclaimed piece of literature. As a preview:

Empathy isn’t just listening, it’s asking the questions whose answers need to be listened to. Empathy requires inquiry as much as imagination. Empathy requires knowing you know nothing. Empathy means acknowledging a horizon of context that extends perpetually beyond what you can see.

In other words, empathy is active. Empathy requires work. Empathy means remaining open and humble, and paying attention to visual cues given to you by other people so you can better communicate with, understand, and lead them.

How to Be Mindful at Work Without Meditation

Before we get into how to be mindful without meditation, let's see how mindful you currently are with a little test. The below comes from Matthew E.

The alarm goes off at 7 a.m. and the first thing I think of is coffee.