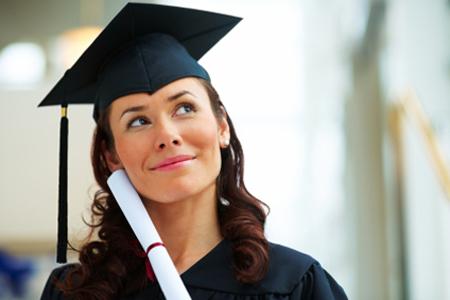 But while the logic is sound (high expectations + tough reality=dissatisfaction), the storyline of the clueless, narcissistic 20-something leaves out some key factors, like cultural changes, marketplace changes, and the basic trappings of youth that all generations before have experienced.

Are we being too hard on Millenials for their social media habits and Great Career Expectations?

Possibly... and here's why:

1. There's no sure path anymore

Previous generations may not have been thrilled to follow in their parents' footsteps (or go into "plastics" per the advice of elders in The Graduate), but at least they knew that was an option.

Gen Y has watched its parents work for 20, 30, 40 years in "sensible" careers and still not have the money to retire or have paid off their mortgages. Doesn't it make sense for the following generation try to learn from what they've seen and make different choices?

2. …though the "start up" path has gotten a lot of good press

Thinking outside the box is rewarded with a living—at least that's the enduring American Myth. Young, special snowflakes with the confidence to create their own brands (and promote them) are the only positive role models Gen Y have had for 20-something success, aside from actors and musicians. Perhaps the "I want to start my own company" bug is less about ego and more about wanting to try something that works.

3. Self promotion really is necessary

Branded "self obsessed" by the rest of the world for using the same social media technology the rest of the world is using (albeit less skillfully) is a little unfair. We live in a transparent world now. In the tough jobs market we're in, Gen Y is coming up with the least amount of experience and the most precarious financial situations. It doesn't cost anything to run a blog, and it's a tool for building a reputation--so if that's how a 20-year-old can get his name, face, and interests out into the world, let him.

This is not a new phenomenon. It's the human condition to feel a little unique, to hope to game the system and make something of ourselves. Singling out Gen Y for having dreams and a little youthful optimism seems remarkable cynical and short sighted of older generations.

Here's how you keep college tuition astronomical, corporations rich, and internships unpaid: convince young people that their work is worthless.

For decades young people have been getting job opportunities, paid internships, and apprenticeships. It's been considered a given that they're new and need guidance, but they also need to earn a living from their trades and that's fine. That's why it seems strange and a little complicit that we suddenly considerate it arrogant of young people to want to make enough to live and pay off student loans. And speaking of student loans…

6. Remember: Gen Y values their college educations we told them they were mandatory

Hiring managers often scoff at Gen Yers for believing in the power of their degrees, but what other messages have we been giving them? "Be cool, stay in school!" "Knowledge is power!" Classrooms are wallpapered with these slogans, teen movies end with the awarding of scholarships, student counselors urge high-schoolers to retake SATs and apply to "safety" schools. And these are just the messages of high school, before the real investments happen: tuition checks, 4 years of exam cramming--and for the promise of a career that makes it all worthwhile.

Our culture promotes that educational tunnel vision, but the "real world" mocks emerging graduates for valuing their educations. It's a priorities bait-and-switch. And it's not fair.

So what can the older and wiser do to help Millennials (and create better, happier workers for the future?):

You'll get more of what you like from Gen Y'ers if you reward them for stumbling onto it. Use the power of positive reinforcement.

3. Give them a chance

That's what they're asking for, and it's really not so much.

Read More:
Why Generation Y Yuppies Are Unhappy (Huffington Post)
Don't Fear the Phone: 7 Strategies to Conquer Calling
You Can Apply--Can You Do A Job You're Underqualified For?

You Can Apply--Can You Do A Job You're Underqualified For?

Maybe it's a lack of jobs you are fully qualified for.

Maybe it's just one gig at a company you're dying to work for that you're not quite experienced enough to do, but can't bring yourself to pass up.