Which Companies Have the Healthiest Employees? 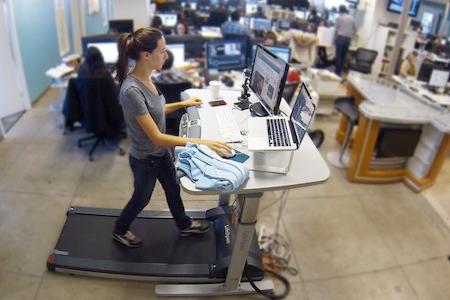 Although the answer to this question isn't something we know now, we might in the very near future. According to the Wall Street Journal:

A group of employers, including International Business Machines Corp., PepsiCo Inc. and Johnson & Johnson, are weighing how to publicly report—and measure—the health of their workforce. Such ratings would give shareholders, corporate directors, managers and consumers insight into a company’s commitment to improving employee health, and whether such efforts are getting results. Chronic illness, tobacco use and obesity can drive up a company’s medical costs, but a growing body of research suggests they can also affect productivity and performance.

Makes sense to me. Healthier employees that take fewer cigarette breaks, hit fewer happy hours, deal with fewer hangovers, and take fewer sick days seem likely to have a positive effect on the bottom line. And recent studies show as much.

A trio of studies on the link between stock performance and corporate wellness, published in this month’s Journal of Occupational and Environmental Medicine, found that companies with high-performing health programs for employees outperformed the Standard & Poor’s index by as much as 16% a year.

Of course, how to measure employee health is easier said than done. And one doctor who's leading one of the charges behind this type of measurement might have a conflict of interest.

Derek Yach, the chair of the working group and the chief health officer of the Vitality Group, a unit of South African insurer Discovery Ltd., says rating workforce health gives investors and consumers another way to assess a given company’s productivity, management and commitment to employees’ well being. Vitality offers health and wellness programs to employers and could stand to gain if more companies adopt health-reporting metric.

In any case, despite the hurdles involved in measuring employee health (such as confidentiality, what the accurate measurements should be, etc.), the initiative does signal that some of the country's largest corporations are making steps toward improving (and perhaps extending) the lives of their employees. Which is a step in the right direction.

A healthier workplace is usually a happier workplace. And that's something that Amit Singh, the president of Google for Work touches upon in a recent New York Times Corner Office column. In it, Singh talks about some of the management tactics that are responsible for his transformation from boarding school kid in New Delhi to very high ranking manager at perhaps the most important company in the world. Although these tactics might not sound groundbreaking to most, I'm surprised that I don't come across and hear about them more in offices across the country.

Here's one such Singh tactic, which concerns the importance of learning how to coach.

I learned the hard way about the importance of coaching people rather than jumping in and doing the work for them. A lot of folks have a tough time with that balance, and I did, too. Instead of giving people advice or coaching them on how to present something, I would go and do it for them or write their presentation.

Over the years, I have tried to find the balance of when to jump in and when to coach. I’ve also learned how to coach. A lot of folks wait until a formal review, and I’ve always felt that the best coaching is in the moment and actionable.

It’s about trying to make somebody better versus criticizing someone for doing something. Done right, people love it, because you’re really invested in their success. The flip side is that if you just say what’s wrong, then people feel terrible.

People (employees) also feel terrible if they're not being communicated to and with. And here's Singh singing about communication and its importance.

Whatever amount of time you’re spending communicating, it’s never enough. I realized that so much gets lost in translation in emails. You have to spend time communicating your point of view and establishing a vision for the team and how you’re going to get there. It’s superimportant.

I think people are looking for inspiration. Work needs to have meaning, and they want to feel like they’re part of something bigger. To do that well, you have to be thoughtful, and you have to communicate effectively.

A final Singh tactic worth mentioning has to do with how he hires. Singh doesn't want people who are going to give him the same answer. In fact, he aims to hire in order to create healthy debates. Even arguments can be good for finding the most creative solutions.

Diversity of thought is actually the most invaluable thing in a business community. If we’re always agreeing with each other, then we haven’t gone down paths of debate that allow new ideas to emerge.

Some of the best discussions are passionate but respectful, so that you leave a meeting without feeling like you’ve lost something, even though your point of view may not have been the one that was adopted. That is what fosters innovation in a company—a clash of ideas, but a respectful clash.

Speaking of clashing, I would never have dreamed that the following four words would ever fit together in the same sentence: Donald Rumsfeld app developer. But this week it was revealed that the former U.S. Defense Secretary did indeed develop an app (with some help) and thus now can, in addition to his previous job titles, be considered an app developer. Which proves that you're never too old, or conservative, to create an app. Rummy, by the way, is 83.

In any case, while I can't yet speak for the quality of Rumsfeld's Churchill Solitaire app ("a card game that dates back to at least the Second World War"), I am loving its icon: a profile of the former U.K. Prime Minister, complete with bowler, bow-tie, and cigar hanging from that famously full face. Not a picture of health, to be sure, but an eye-catching image neverthele$$.

On my first day at my current job, I promised myself I would never take work home with me. I was going to draw a clear line between the office and home—and that line started with never connecting my work email to my phone.