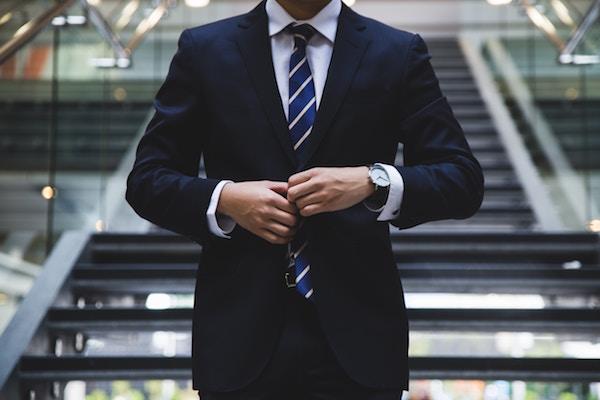 For an idea of what a superboss is, here's Finkelstein in a recent NPR interview speaking about fashion icon (and superboss) Ralph Lauren.

He inspired people to believe they could do anything. Everyone works in a 24/7 world these days. We're all working hard, and the pressure is on; you gotta produce. But what superbosses do, and Ralph is a great example, is he instills a sense of confidence into his people that they really believe they can do anything.

And one of the things Ralph used to say, especially in the earlier days, when he was a much smaller company, was: 'We set the standard. Everybody follows us. We're the ones people are going to copy.' And so he fired people up.

Of course, you gotta be authentic with a thing like that, you can't pretend, you gotta really believe it. And that inspiration, that vision that he had, his ability to convey that and energize people with that, was a big part of what helped other people get better and successful working for him.

Finkelstein, who notes that Ralph Lauren's former employees include Tory Burch, Vera Wang, and Joseph Abboud, says about 33 percent of the top 50 leaders in any field have had superbosses during their careers.

Not all superbosses are the same. Finkelstein counts three different types of superbosses. One type is called the Glorious Bastard. The Glorious Bastard cares about one thing: winning. Which isn't a negative thing. And Glorious Bastards understand that to win, they need to have a highly talented group of team members around them. Oracle's Larry Ellison is one example of a Glorious Bastard, according to Finkelstein. Ellison is not easy to work with, but if you can stick it out, he'll provide you with opportunities; doors will open as a result of working for him. Finkelstein points out in a recent Harvard Business Review piece that "from 1994 until 2004, nine of the 11 executives who worked closely with Larry Ellison at Oracle and left the company without retiring went on to become CEOs, chairs, or COOs of other companies."

Another type of superboss is the Nurturer. The Nurturer is "mentor on steroids," a teacher, someone who will take you on like a master takes on an apprentice. One example Finkelstein uses is professional football's Bill Walsh. Today, "20 of the NFL's 32 head coaches trained under Bill Walsh of the San Francisco 49ers or under someone in his coaching tree."

The third type is the Iconoclast. The Iconoclast is the creative type. Finkelstein uses Miles Davis as one example. Although Miles Davis isn't the first person that comes to mind when speaking of bosses, let alone superbosses, when you consider that he discovered, guided, and opened doors for John Coltrane, Herbie Hancock, and Bill Evans, among many other jazz giants, he fits the superboss distinction well. Another thing that made him a superboss was he expected creativity from his band. He expected his band to bring whatever ideas they had and to use them, play them, try them out.

And Finkelstein believes this expectation of creativity among one's staff is not reserved to the creative pursuits. He says it's alive and prevalent in mainstream business, finance, and other industries not often thought of as being terribly creative. (In the hedge fund industry, Finkelstein counts Julian Robertson, the founder of Tiger Management, as a superboss.)

Another Iconoclast is Alice Waters, Finkelstein's favorite female superboss. Waters, a chef, restaurateur, and author, is a pioneer of the farm-to-table concept in dining. She's perhaps best known for her Berkeley, California, restaurant Chez Panisse. According to Finkelstein, well over 100 prominent chefs and restaurateurs worked for Waters early in their careers.

Some traits common among superbosses are confidence, imagination, and a competitive spirit. When they hire, superbosses tend to place intelligence, creativity, and flexibility above all else. And they're willing to take a chance on hiring someone without credentials, or the right degree, or from the right school. And "because they reject preconceived notions of what talent should look like, superbosses often show greater openness toward women and minorities." They also set high goals for their employees, customize career paths for top talent, and stay connected with and continue to offer advice to their proteges even after they've left their organizations.

As for what a superboss is not, there are two passages in Finkelstein's book that mention GOP front-runner Donald Trump which might be enlightening. Here's the first:

Donald Trump, at least on TV, is able to seem big only by surrounding himself with people who seem small. If someone does anything genuinely impressive in his presence, he needs to belittle it. When someone shows sparks of real creativity, he treats them like a misfit. Working on a regular basis with anyone who may upstage him seems to be more than he can bear.

And here's the second:

… a breed of boss I call Bossy Bosses: outsized Donald Trump-style personalities who crack the whip and push employees to their limits. They lord over their reports, standing as remote God-like figures as people to be admired but never ever equaled. Superbosses easily surpass these Bossy Bosses.

Finkelstein says the Bossy Boss is the classic narcissistic who needs to be at the center of attention, and if the Bossy Boss receives a critique, the Bossy Boss doesn't attack the idea but attacks the person delivering the idea. The Bossy Boss is not, to say the least, very open to ideas and viewpoints other than his or her own.

In any case, for more on superbosses, including how to become one yourself, you can pick up Finkelstein's book, which has been endorsed (or at least blurbed) by the chairmens of LinkedIn, GE, and JCrew, among others.

When you think of great female corporate leaders, you might not think of Anna Wintour. But you should.

It’s been well documented that many of today’s great film directors are considered to be, to put it nicely, “difficult to work with. ” As evidence, there’s the widely watched clip of David O.