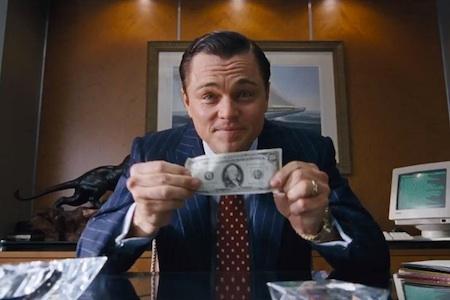 Not that long ago, most Wall Street banks weren't public entities but private partnerships. And so, instead of their names ending with a Co. or an Inc., they ended with an LLP. Which meant, among other things, if the firms were forced to pay fines for misdeeds, it wasn't shareholders that picked up the tab (because there weren't any shareholders) but the bankers themselves, which is to say the partners themselves.

I mention this because taking a metaphorical step backwards just might hold the key to ending, or at least seriously curtailing, the misdeeds that continue to occur on Wall Street and that no amount of regulation or Bernie Sanders campaigning seem able to stop.

A different proposal comes in a new book by Claire A. Hill and Richard W. Painter, professors at the University of Minnesota Law School. In “Better Bankers, Better Banks,” they argue for making financial executives personally liable for a portion of any fines and fraud-based judgments a bank enters into, including legal settlements.

The professors call this covenant banking. And it looks a lot like the kind of personal liability that was a fact of life among the top Wall Street firms when they were private partnerships.

With their own money at risk, partners of Salomon Brothers, Lehman Brothers and Goldman Sachs were much more careful about their business dealings. When these firms became public companies funded more by outsiders’ money, that self-discipline diminished.

But would bankers even begin to entertain such a rule? That is, would the most senior C-suite executives on the Street consider pulling money from their own pockets to cover fines that the firms they oversee must pay for wrongdoing? Seems unlikely to me. That said, some CEOs are already taking bonus-cuts when their firms don't perform so well.

Just this past week, Credit Suisse CEO Tidjane Thiam told his board that it could give him a lower bonus after his firm lost more than $5 billion in the fourth quarter 2015. How much lower has not been revealed, and so the bonus cut could be relatively meaningless when compared to $5 billion (which is no small loss; you would assume that if a company has a quarter that bad, its CEO shouldn't have to ask for a pay cut but would get one automatically).

In any case, the authors of Better Bankers do understand that bankers probably won't want to part with their own money unless they really have to. That is, they are forced to. And so …

If bankers aren’t willing to institute a system involving personal liability, regulators and judges could require it as part of their settlements or rulings, Ms. Hill said in an interview. “Something like covenant banking could be included in nonprosecution agreements, for example,” she said, or a judge overseeing a case in which a company is paying $50 million could require individuals to pay $10 million of that personally.

A regulator could give a company the choice of a far lower fine if it were to be paid by managers, not shareholders. A company choosing to pay the higher fine and billing it to the shareholders would have some explaining to do, Mr. Painter said.

I like it. Seems fair enough to me. And I bet Bernie would agree.

Meanwhile, if you were planning to have a Chipotle burrito bowl on your lunch break today, you were likely disappointed (but maybe spared some stomach pain), because all Chipotle outlets were closed for four hours in the middle of the day so employees could attend a company-wide meeting beamed into movie theaters and other large rooms nationwide.

The reason for the meeting was Chipotle's still reeling from its E. coli outbreak, and trying to move on from that very bad part of its company history. Will it be able to survive and keep adding stores on every other American street corner after such dark days? I find it hard to answer yes to that question, but the firm is still churning out taco after taco and I still see lines of lunch breakers waiting for their cheap Mexican fare, and, I'll admit, the meeting today is a step in the right direction. However, the following doesn't give me much faith in the future of this fast-food chain:

The company is still not clear on which ingredient brought on the E. coli outbreak, though it again confirmed that the norovirus was spread through employees who came into work while sick.

In any case, Chipotle now has a new sick-day policy. Which seems to be good news for the firm's employees, not to mention the chain's VERY loyal customers.

"If you are feeling sick, or if you have vomited, either at work or at home, you need to tell your manager or field leader immediately," co-CEO Monty Moran told workers. Managers are also expected to report if an employee gets sick at work, and if a worker or customer vomits in a restaurant, the location must be shut down immediately ...

The executives said employees who become sick are not to return to work until five days after the disappearance of the last symptom of the illness. Employees will be paid during those days, Chipotle said. Employees have until now been granted just two days of paid sick leave.

As for what the meeting entailed, it apparently came with a generous side order of sentimentality.

The presentation ended with a pump-up video for Chipotle employees. It featured numerous real Chipotle crew members bonding with co-workers, talking about their hobbies outside work, and describing what Chipotle has meant to them.

One employee said she left her family in Mexico and found a new family at Chipotle in America.

"Working at Chipotle: It’s where we become the best versions of ourselves," said one young woman.

"We are survivors," said another.

I don't know about you, but I'm suddenly feeling a little sick to my stomach.

Speaking of sentimentality and intestinal pain, Jeep gets my vote for "most sentimental Super Bowl commercial," and Xifaxan by far had the "best Super Bowl spot pertaining to IBS and diarrhea." Incidentally, Budweiser's post-game ad was probably the most effective commercial overall, and likely the cheapest to make.

When you think of great female corporate leaders, you might not think of Anna Wintour. But you should.

It’s been well documented that many of today’s great film directors are considered to be, to put it nicely, “difficult to work with. ” As evidence, there’s the widely watched clip of David O.