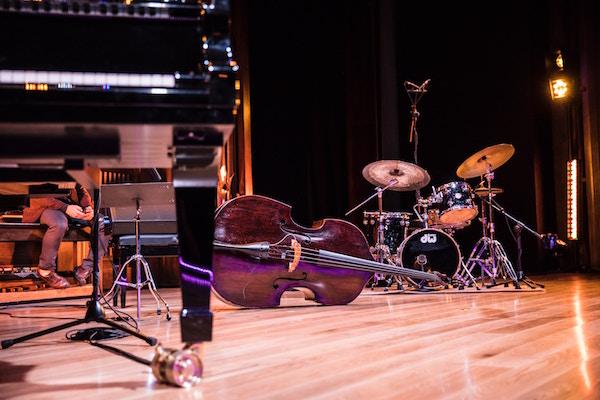 The former type, conceptual innovators, include artists such as Picasso, Bob Dylan, Herman Melville, and Orson Welles. These are artists who have a specific vision of what they want to say and can articulate their ideas clearly and quickly, and thus often excel in their fields at a very early stage in their careers (and at a very early age). "They plan precisely and meticulously and then execute," says Gladwell. As examples of this, Gladwell cites Picasso "bursting onto the art scene in his early 20s and electrifying the art world" as well as Bob Dylan's lightning-quick songwriting skills; Dylan wrote some of his most successful and critically acclaimed songs in under 15 minutes.

On the other end of the creative spectrum are the experimental innovators. These include Cezanne, Alfred Hitchcock, Elvis Costello, and Leonard Cohen. Gladwell explains that the impressionistic painter Cezanne, as opposed to Picasso, worked extremely slowly, often asking his portrait subjects to sit for him over 100 times. Cezanne also continuously tinkered with his work, working on the same painting over and over, trying to reach some end result that wasn't all that clear to him.

Another example of the experimental innovator is Elvis Costello, whose song "Deportee" bookends the "Hallelujah" episode. Gladwell, a self-proclaimed monstrous Elvis Costello fan, explains that when Costello originally recorded "Deportee," it was a complete failure, a mess, a terrible song. And Costello knew it. In the liner notes on the record on which it appears, Costello wrote, "You have just bought the worst record of my career." However, over time, Costello continued to manipulate the song, experiment with it, and many years later he recorded a version of the song that many critics now consider to be sublime.

At the center of "Hallelujah" is "Hallelujah," the Leonard Cohen-written song, the most popular version of which was not recorded by the legendary—and legendarily slow songwriter—Cohen. To illustrate just how slowly Cohen writes, and how much he labors over lyrics, rewriting and editing, Gladwell points to a historic meeting between Dylan and Cohen during which Cohen, embarrassed to admit to the fast-scribing Dylan how slow he works, lied and told Dylan it took him two years to write "Hallelujah" when, in fact, it took him five.

Not too unlike Costello's "Deportee," "Hallelujah" wasn't considered a great song when it was recorded. Though, it was in a much better state than "Deportee" and received an okay to luke warm welcome. Still, it was not the work of genius that it is widely considered to be today. And as for how it came to be that sublime musical miracle, that's a sort of miracle in itself.

After Cohen recorded the song in the mid-1980s, he kept working on it, playing various versions of it in concert, changing its pace and tone, rewriting verses until he had 15 pages of lyrics for the song. And during one concert, he played a particular version that another musician, John Cale, an original member of the Velvet Undergound, very much liked. It was by chance that Cohen played that particular version that night, and by chance that Cale was in attendance the night he played it. Ultimately, Cale recorded a version of "Hallelujah" based on what he'd heard that night, and it appeared on an obscure Cohen-tribute album put out by a French magazine. Which was a record, according to Gladwell, "that almost no one bought—almost no one but me, and a woman in Park Slope, Brooklyn, named Janine."

As it turns out, Janine had a housesitter who was a young musician, and that musician, while housesitting one day, found this obscure French-magazine-produced Leonard Cohen tribute record and was taken by Cale's cover of Cohen's "Hallelujah." So taken, in fact, that the musician recorded a version of it himself. And that version appeared on the musician's first—and only—record, which is entitled Grace. Of course, that musician's name is Jeff Buckley, and his version of the song is the most popular one ever recorded, and one that chances are you've heard if you're over the age of 19.

Gladwell points out that Buckley's "Hallelujah" was a cover of a cover of Cohen covering his own song, and that Buckley replaced John Cale's piano and Cale's not all that special voice with an electric guitar and his angelic, almost unbelievably beautiful voice (Rolling Stone has called Buckley's voice one of the best of all time). But still, amazingly, Buckley's version didn't receive immediate acclaim or popularity. His album with "Hallelujah" merely peaked at No. 160 on the pop charts, and the record didn't receive wide acclaim or play until Buckley's tragic death a few years after its release (Buckley disappeared in Memphis, Tenn., after diving into a Mississippi tributary with his boots on and while, legend has it, singing Led Zeppelin's "Whole Lotta Love").

And so, "Hallelujah" took five years to write and more than 15 years to transform into the iconic piece of music that it is today. Twenty years from idea to realization.

As for the takeaways here, it's important to remember that there's more than one way to work, to create, or for an idea to come to fruition. And while it might seem that the young, fast, and furious are always the ones getting the acclaim, there's something to be said for the slow and steady, more mature workers and creators of the world.

And so, to them I would say this: With time, if you think you might have a kernel of something you believe could grow into a worthwhile creation, then don't stop working at it, don't stop tinkering with it, keep experimenting, and, who knows, one day you too will experience your very own Hallelujah moment.

The Secret to Olympic (and Career) Success

If you watched the Rio Olympics as closely as I did, you were treated to several inspiring performances. Simone Biles' dominance of the floor, vault, and uneven bars.

Why You're Not Reaching Your Potential

Best-selling author Malcolm Gladwell is on mission to uncover the secrets to greatness; he's also on a mission to help us uncover our own greatness. At least, that's how I read a lot of his work.

4 Apps to Improve Your Productivity

I wrote recently about spending time with productivity expert Graham Allcott, founder of Think Productive, and author of the book How to Be a Productivity Ninja. As I noted in that piece, much of the information that Allcott gave out during our interview and the presentation I had the opportunity to attend was about general strategies and mindset shifts to encourage an ongoing, incremental focus on your productivity and time management.