Is Ivanka Trump's New Book About Work Tremendous or a Mess? 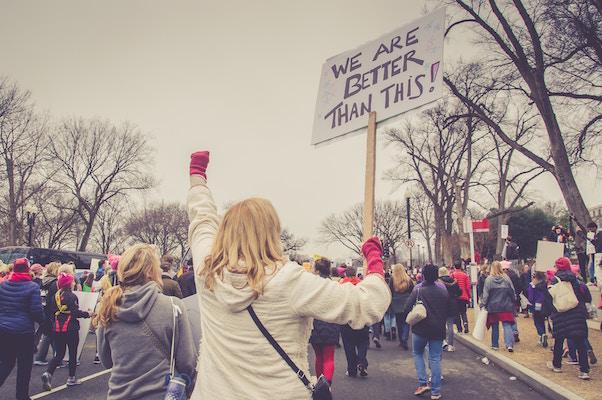 Ivanka Trump, President Trump’s 35-year-old daughter, has written a book. It is about work, and it is geared toward women. It is called Women Who Work: Rewriting the Rules for Success. It was mostly written before her father won the 2016 presidential election. It was published yesterday. It is 256 pages long.

Those are the facts.

Here are the opinions (about the book).

The New York Times calls it “a strawberry milkshake of inspirational quotes”; “perfect for a generation weaned on Pinterest and goop.com—you can easily imagine its many pink-tinted pages appearing on Shoshanna’s manifestation board in “Girls”; and “the sort of feminism that drives some women bananas, having less to do with structural change than individual fulfillment and accessorizing properly; perhaps it can even be achieved by wearing her fine jewelry or apparel, which she repeatedly mentions throughout the book (as well as her family’s tremendous hotels).”

NPR calls it “a long simper of a book, full of advice so anodyne (‘I believe that we each get one life and it's up to us to live it to the fullest’), you could almost scramble the sentences and come out with something just as coherent.”

And Slate calls it “a celebration of the unlimited possibilities open to working women when they have full-time household help,” as well as “really vapid—there is a subtle political current running through it, one that helps explains how the socially liberal Ivanka can work for her misogynist ogre of a father. Beneath the inspirational quotes from Oprah and the Dalai Lama and the you-go-girl cheerleading, the message of Women Who Work is that people get what they deserve.”

There are some “positive” reviews, too.

According to the New York Daily News, the book is “an earnest (if sometimes unrelatable) treatise on work-life balance, motherhood and workplace empowerment.” According to the the Associated Press, it “offers earnest advice for women on advancing in the workplace, balancing family and professional life and seeking personal fulfillment.” And according to Business Insider, it “reads like a mashup of countless essays and articles written in the past decade aimed at female entrepreneurs. That isn't to say all the advice is bad—it's just that little is new.” (Note that these are the only parts of these publications’ reviews on the book I could find that were “positive.”)

Based on all of the reviews and excerpts I’ve read of Women Who Work, I can’t quite recommend that you spend $14 on the book (all proceeds do go to charity, though). Instead, I’d recommend that you read this rather lengthy, interesting, and informative profile of the First Daughter and POTUS senior adviser that was published in the Times yesterday. Here is an excerpt.

Ms. Trump is her father’s all-around West Wing confidante, an adviser whose portfolio appears to have few parameters, making her among the highest-ranking women in a senior staff stocked almost entirely with men.

The two trade thoughts from morning until late at night, according to aides. Even though she has no government or policy experience, she plans to review some executive orders before they are signed, according to White House officials … She calls cabinet officials on issues she is interested in, recently asking the United Nations ambassador, Nikki R. Haley, about getting humanitarian aid into Syria ...

Alone with her father, Ms. Trump makes the case on what she sees as priorities, she said. “I’ll go to the mat on certain issues and I may still lose those,” she said. “But maybe along the way I’ve modified a position just slightly. And that’s just great.” ...

She has one skill unmatched by almost anyone else, family members and aides say: She can effectively convey criticism to a man who often refuses it from others, and can appeal to him to change his mind.

All of which (and especially that last sentence) points to the great power, for better or worse, that Ms. Trump has the potential to wield. And which, perhaps, earns her the title of the world's most powerful millennial working today.

The Myth of 'One True Calling'