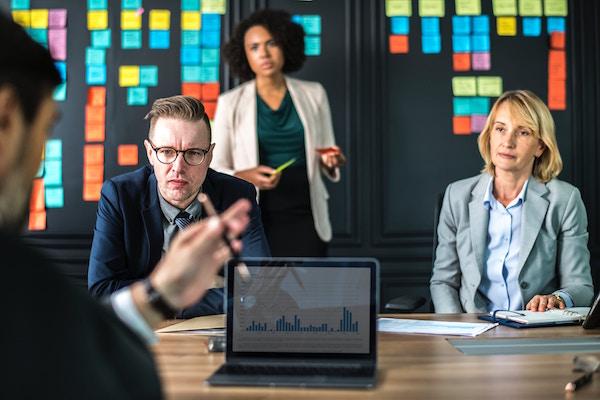 Witnessing a colleague take credit for your work or ideas ranks among the most frustrating workplace situations you can face. Whether it’s an accidental move on your coworker’s part or a deliberate attempt to steal your work, correcting the situation is especially tricky. You want to set the record straight with your supervisors, while also avoiding sowing any discord and being perceived as “petty” (undeserved though that label may be). However, that doesn’t mean that you have no recourse. If you catch your colleagues claiming your accomplishments as their own, try these three courses of action.

1. Give yourself time to assess the situation rather than acting impulsively.

If you’re sitting in a meeting and hear your coworker blatantly taking credit for a great idea you had earlier in the week, it’s understandable to feel compelled to call them out for it right there and then. However, these conversations will go more smoothly and ultimately prove more productive if you give yourself the opportunity to shake off the initial anger and consider the specifics.

“If you’re emotionally piqued at being ripped off, it’s not the time to talk about it. Neurologically your mind is not working at its best and you may get out-argued,” leadership professor Brian Uzzi of Northwestern University told the Harvard Business Review. HBR recommends avoiding this fate by taking a day or so to reflect, then initiating a conversation. However, HBR cautions against taking too much time to think about it: “Don’t stew about it for so long that, by the time you talk to the person, you’re ready to explode. You also want to make sure the incident is still fresh in everyone’s mind.”

2. Have a one-on-one conversation with the offending colleague before approaching management.

Although it can be tempting to immediately explain to your manager how things really went down if a colleague gets unwarranted credit for your great idea, it’s best to first have a conversation about the situation with your coworker. After all, if you generally have a good relationship with this colleague, it’s entirely possible that the situation was inadvertent and that they’ll be apologetic when they hear your side.

Forbes agrees with this estimation, advising that “in this type of situation, it is best to go immediately to the person and resolve the situation directly with them because sometimes it can be a simple oversight on their part. Gain their agreement that this will never happen in the future.”

3. Correct a coworker’s misappropriation of ideas in the moment, as long as you approach the matter calmly and strategically.

Say you’re sitting in a meeting with your supervisor and your project group, discussing your progress on a new initiative. Your supervisor asks if anyone has a plan for the next step in the process, and your colleague pipes in with a brilliant idea. Only one problem: you said that same exact idea in the pre-meeting brainstorming session the day before. According to career guru Alison Green of Ask a Manager, there’s nothing wrong with redirecting your boss’s attention to make her aware of who spawned that particular idea.

Green told New York Magazine that “you don’t want to rely exclusively on [your coworker] to put a stop to this. You need to be speaking up and advocating for yourself in front of the CEO [or supervisor] too. That means that if you see [your coworker] taking credit for your ideas again, you should say something in the moment. For example, you could say, ‘Yes, that’s the idea I was sharing with [your coworker] right before you came over. My thinking on this is …’ (That second sentence there is important, because that’s you taking control of the conversation and not letting [your coworker] lead it.) Or if you’re in a meeting where [your coworker] starts giving your CEO [or supervisor] an update that came straight from you earlier, you can jump in and say, ‘Actually, if I can jump in here, I can share what I told [your coworker] earlier and add some details to it.’”

3 Bad Work Habits You Need to Break by 35

Many people say your mid-30s is a time when you're supposed to “have your life together," particularly when it comes to your career. While it’s completely okay (and, in fact, totally normal) to still be working toward your dream title and salary in your mid-30s, at that point you likely have over a decade of work experience under your belt.

8 Tips for Gaining the Courage to Speak in Meetings

Whether you're a recent graduate, have years of work experience, or are a natural introvert, it’s important to fight against your lack of confidence to talk in meetings—and find ways to gain the courage to speak up and be bold. Below are eight tips for finding your voice in meetings.

Bosses from Hell and How to Handle Them

‘Tis the season for scary movie marathons, chock-full of your favorite villains and monsters. Of course for some, real life has its nightmares too—including at work.