The Right to Life, Liberty, and Disconnect from Work Email After 5 P.M. 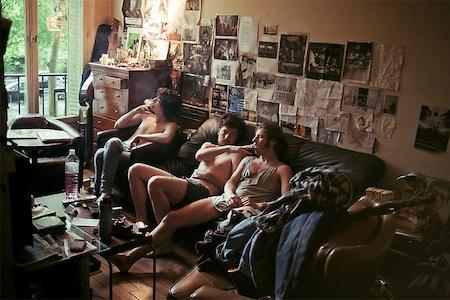 Little known fact about the French: they're just as productive at work, on an hourly basis, as Americans.

Well known fact about the French: they're more appreciative, on average, than Americans are of the finer things in life, such as food, wine, and free time.

Okay, that latter fact isn't exactly a fact, but I'd wager if sensual and extracurricular appreciation could be studied, the French would definitely out-appreciate Americans.

In any case, this week the French had an interesting proposal on the table involving legally ending work email after quitting time because, in part, "information overburden" can have a negative impact on the health of workers. Here's The New Yorker addressing the topic earlier this week:

The law suggests that companies—following the lead of Volkswagen, which turns off its servers after hours, and Daimler, which allows employees to automatically delete e-mails they receive while on vacation—negotiate formal policies to limit the encroachment of work into people’s homes (or bingo halls, or salsa clubs, or wherever it is they find themselves when they’re away from the office). In one way, the legislation seeks to regulate a simple labor issue: no one wants to do work for which he’s not getting paid. But there’s an appealingly metaphysical aspect to its recognition that not everything—our devices and, by extension, ourselves—can be “on” all the time, that each of us is entitled to the prerogative of occasional self-erasure. The right to disconnect is effectively the right to be forgotten between the hours of six and nine.

I know, I know, this would NEVER fly here in the U.S. of A. However, this proposal to end email after working hours—which passed in France yesterday and is now the law there!— sheds light on what many workers in the U.S. and other countries now believe to be okay but wasn't okay not all that long ago: That it's acceptable to be interrupted at any time, for any reason, outside of business hours, to so-called take care of business. This means on the way into work, on the way home, at lunch, at dinner, at your kids' swimming lesson, during your kickball game, between mimosas at Sunday brunch, between dreams between the sheets, etc.

I also know there are some who would argue that this new way of working allows for more flexibility with when and where you can work. Hey, these some might say, I don't have to be in the office to work now! I can work from my stoop, from one of the four Starbucks on my block, or from the back of my VW van that runs on cooking oil!

However, the French would not be part of that some. In fact, there are some French citizens who had taken to the street in recent weeks with some rather interesting signage to show their support of the "right to disconnect." For all the visual details on this development, you can head over to Vice. And as a preview, some signs of protest that were held high in Paris in recent weeks had read, "THE NIGHT IS FOR [GETTING EXTREMELY INTIMATE WITH ANOTHER PERSON OR PERSONS], NOT FOR WORKING."

In any case, here, briefly, is what this new, unbelievable French law covers:

Under the new law, companies are mandated to negotiate formal policies to limit the spillover of work, specifically as it’s related to “digital technology,” into the private lives of employees. This, according to the BBC, will involve companies establishing “charters of good conduct” specifying hours, typically in the evenings and weekends, when employees aren’t supposed to send or receive email.

How International Students Can Get Visas and Get Hired

Marcelo Barros is a University of Oregon graduate originally from Brazil. In the U.S.

What Immigrants Can Teach Us About Success

As politicians continue to debate and discuss the sensitive subject of immigration, a sense of threat and urgency can be overwhelming. As a result, more and mored more people want to take part in the discussion, with many of them coming from business and tech backgrounds.