The Right Things to Tell Your Boss When You're Late 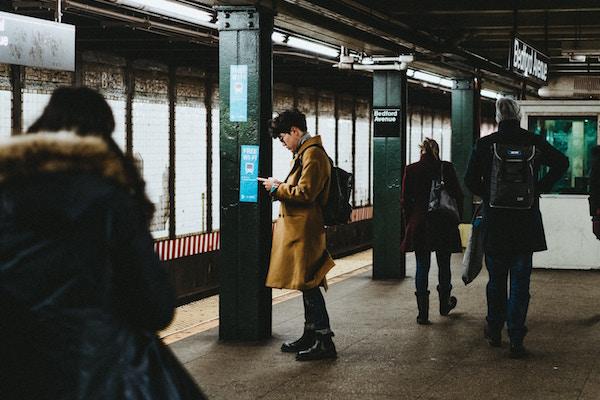 Your alarm clock never went off. Your car broke down. Your train got delayed. Most of us have been late to work at least once or twice in the past year; it happens to the best of us. But there's a right way and a wrong way to go about being late.

To that end, we recently asked several bosses what they wish their employees would say when they're late. Here are their eight top tips for late employees.

"When an employees are late, I wish they'd just tell me the truth," says Jason Perkins, founder and CEO of a San Diego-based SEO firm. "Honestly, the reason why they're late is not what I'm after. Sometimes employees make up the worst stories when they're late. They could just tell the truth and get it over with. I have no problem with you being late, as long as it's not all the time."

"Two words: be truthful," adds Nate Masterson, marketing manager for Maple Holistics. "Mark Twain said, 'If you tell the truth, you don't have to remember anything.' And this applies here for sure. No need to conjure a story or cook up a tale. Be honest, or at least don’t outright lie. The truth has a way of catching up with you."

"When an employee is running late, I like it when they give details—why they're late, when they expect to arrive, and what they've done to cover any time-sensitive tasks with other staff members," says John Kinskey, president and founder of AccessDirect, Inc. "It also helps if they express their regret, especially if there have been other recent times they've been late. I'm very understanding, life happens, but I have to be assured that an employee isn't taking advantage of my flexible style of management."

"I recently hosted a town hall meeting for the entire company, and a young middle manager was late and the last to arrive," says John Crossman, CEO of Crossman & Company. "This is what I wish she would have said to me: 'John, thank you for your leadership and for the presentation today. You clearly gave it a great deal of thought and I'm grateful to be on the team. I apologize for being late this morning. Totally my fault. I'll be working through lunch and rest assured that I'm on top of everything.'"

4. Don't disturb others upon your (late) arrival.

"Yes, you're late because you were at the light waiting for the train to pass by," says Chantay Bridges, realtor at Real Estate Professionals World Enterprise Marketing. "Once you arrive, say good morning and begin your work day. This is not the time to visit from desk to desk, cubicle to cubicle, interrupting everyone else to make sure your story is heard."

5. Give an accurate ETA.

"We're all late sometimes, but the most important thing is to set an accurate expectation," says Jan Bednar, CEO of ShipMonk, an inventory management solutions company. "If you call and tell me that you're running late and you'll be at the office in 20 minutes, that's fine. But if you tell me you'll be here in 20 minutes and you're actually here in an hour, that's a different story. In the latter case, you've failed to meet expectations twice."

"Unless an excuse is genuine, don't make an excuse," says Emily Clifford, a member of the marketing department at Fueled who polled her bosses about lateness. "Employees who make up excuses tend to do it again and again, and it doesn't go unnoticed. If you're running late, make sure to communicate with your team to ensure that work and meetings are covered. Be proactive and set a plan on how to catch up on work and meetings missed."

7. Prove that it won't be an ongoing issue.

"Ideally, what's best is if you come in late, apologize and then make up the time on the back-end—or show the manager that this isn't an ongoing issue by coming in on time regularly so that, when you are late, it really isn't a big deal," explains Tiffani Murray, an HR and career consultant. "I think, for many managers, it's the excuses that get old and annoying, especially when the manager offers advice or flexibility with schedules and then an employee still can't seem to get it together. That said, timeliness isn't everything. Many managers will overlook lateness if someone has impeccable work and always gets the job done—on time."

8. Quit justifying and just get to work.

When you arrive, let me know you're there and get to work," says HR expert Laura MacLeod. "Apologies are always appreciated but a long-winded explanation or excuse is not. Saying that you tried to get out of the house but your son wouldn't eat his breakfast and the babysitter cancelled at the last minute so you took him to the neighbor is unnecessary and feels like you're justifying yourself. Just get to work."

5 Ways to Tell If Your Job Is Hurting Your Health

It’s crucial to understand the ways your workplace might be negatively affecting your health, so you can start to combat them or look for employment elsewhere. Here are five things to keep a close eye on that could indicate your job is literally making you sick.

5 Signs You're About to Get Fired

Have you ever experienced that anxious, sinking feeling that the job you thought was so perfect perhaps isn’t working out after all?

If the discomfort stems from your end alone, you likely have the time and freedom to search for a better fit.

Why You Shouldn't Even Tell White Lies in Interviews

One way to stumble in an interview is to lie. And often, we don't intend to lie in interviews but find ourselves doing it almost reflexively, answering a question how we think it should be answered as opposed to how we'd answer it if we were being 100 percent honest.