The Results Are In: Vault's 2013 Office Romance Survey

Don't have a valentine?

You might want to cozy up to the next cubicle. Not only are half of your coworkers doing it, but according to Vault.com's 2013 Office Romance Survey, most people are okay with it too!

Majority rules: 56% of survey takers have had office romances—to varying degrees. It looks like working love is what you make of it: random hookups and casual, coworkers-with-benefits situations each represented 21% of reported romances, while 17% got a little more serious with LTRs, and 3% put a ring on it.

Worried about too much time together killing the spark? Take advantage of the sex-in-the-office taboo that 35% of respondents reported indulging in.  Just take care not to be among the 5% who got caught.

And speaking of taboos, you might want to avoid one of the married office-romancers that 47% of those surveyed reported knowing in their offices. And those top secret, out-of-town affairs? 42% of those surveyed know about those too, so be careful!

So who is safe to approach? 29% of those surveyed said anybody you work with is fair game. But not everybody was so lenient; 29% said a colleague at another career level than you is probably not a great idea, while 25% said that somebody in your department or who you work on projects with is not a safe target. The real buzz kills: the 9% who think office romances are never acceptable.

But maybe they'll age out of it: in the 50+ age group of those surveyed, 71% have had office romances. And out of everyone who's had an on-the-job love affair, 64% would do it again.

Even "platonic" office partnerships are going strong: 44% of those surveyed reported having an office "husband" or "wife," whom they share lunch and the occasional personal life pep talk with.

Believe it or not, it's old folks who are seriously throwing caution to the wind. As one survey-taker wrote, "As I get older, the issue of work place relationships seems to not be an issue." And most survey takers seem resigned to human nature. "It happens and it's a fact of life. It's up to you if you think you have the balls to get away with it / use it to your advantage. I got lucky, but I would say in most cases it's probably a terrible idea, albeit very hot."

We'll take their word for it. 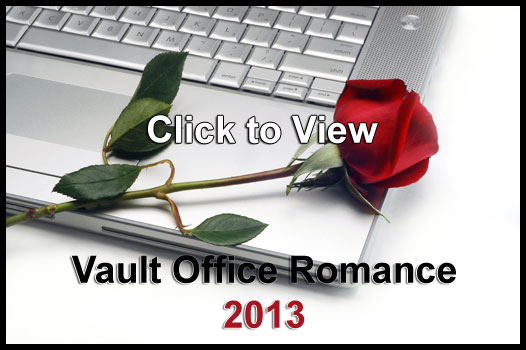 The Benefits of Mental Health Leave

Working hard can sometimes lead to stress and burnout. Recently, we’ve been talking a bit about the signs of burnout, the different types of solutions that are available to you, and how to approach your employer about taking some time off in order to take care of your mental well-being, but what are the benefits of mental health leave? And what should you do in the event your request for leave is approved? Today we will be talking about the advantages of mental health leave, and how to maximize the potential of your time off from work.

How to Talk to Your Employer About Mental Health Leave

You’ve taken time to assess your situation at work, and you’re absolutely positive that taking mental health leave is the only feasible solution to the crippling burnout you’ve been suffering for the past several weeks (months, years? ).

5 Signs You May Need to Take Mental Health Leave

The question of whether to take a mental health leave from work is very complex, and the particulars can vary from person to person. We recently spoke about the different types of mental health leave that are available to you, but when is it time to consider taking a serious break from work? Today we’re going to go over some telltale signs that might indicate that it’s time to take a rest and tend to your mental well-being.

4 Ways The Great Resignation Can Be an Advantage for Employees

If you haven’t heard of The Great Resignation by now, it’s quite possible that you might be living underneath some sort of large, naturally occurring substance comprised of crystals and other minerals that have been fused together over time, or what I like to call “a rock. ” In 2021, nearly 50 million Americans voluntarily quit their jobs in hopes of higher wages, better conditions, and a more balanced work/life ratio.