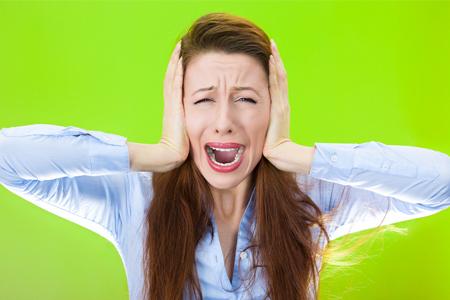 Over the last few weeks, Vault has provided employees with tips on how to quit their job and has also informed employers on how to graciously accept a letter of resignation, so the next logical progression would be to discuss why people should leave their jobs in the first place.  So, without further ado, here are the signs you should look out for when making that decision to stay or leave your job behind (beyond just hating your job, because that’s a given):

You’re Bored – One of my favorite jobs I ever had was as a reporter for a local community newspaper in New York City.  I just loved telling stories.  I even got to enjoy a few big drug busts during my eight-year tenure at the paper, but there is a point where you have to say goodbye, and when you’ve written a story about the annual Columbus Day Parade eight different ways, there are not too many new stories that can keep things exciting. But I did try – creating a sports section and working on the paper’s website, but eventually, I couldn’t hold on any longer.

Your Profession Has an Expiration Date – Looking at the example above, I saw the writing on the wall and knew that journalism, as I knew it, was slowly coming to an end.  I thought about my future in a field that now included an influx of bloggers, social media streams that were now being viewed as primary sources for the news, and an economy that saw the advantage of hiring freelance writers, rather than pay their health coverage. Covers needed cute children, tragedy or some hot person in a bathing suit to help sell papers. Blogs without real sources, containing inaccurate information were competing directly with well-respected news sources.  It was time to look for a new career and I chose public relations.

You’re Unappreciated – I was brought in by a company to build their website and social media strategy and my direct supervisor was so happy with my performance that when she handed in her two-week resignation, she recommended me to fill her position.  In hindsight, that was probably not going to help me out. They never even considered me and ended up giving the job to someone outside the company.  I could stay and hope an opening would come up in the future or I could find a higher position at another company and show them that they made a mistake. I left and it benefitted my career.

You Aren’t Getting a Pay Raise – In the new corporate America, you tend to get one pay raise and it comes after your evaluation.  After that, you should not expect annual increases…at least not the kind you would expect.  When you are not advancing financially, it’s time to look elsewhere.  A new job, in most instances, means a pay bump.  I find that when I price myself out of one company and can’t see value in it beyond income, then it’s time to move on.  It’s nothing personal.  Your company is trying to make money and you need to treat yourself like a brand, too.

You Just Don’t Click With Your Boss – When I first started at one company, I enjoyed a great relationship with the main supervisor.  She loved my ideas and provided constructive criticism when necessary.  When the company was restructured, my main supervisor took a job at corporate and a new supervisor was brought in who seemed to hate all my ideas.  She disliked the fact that corporate liked me and often teased me when corporate officials complimented me in emails.  She hated my social media concepts and would mock them despite corporate’s insistence that they remain.  And when I was able to obtain press for the company in the Wall Street Journal, the New York Times and a number of other media outlets, she would come down on me moments later for something far less significant.  I had to make a decision.  Was she right?  Was I not as good as I thought I was? Or should I look at compliments from her supervisors as proof that I was performing very well? I decided that a conflict with the boss was not worth the time and so I sought employment elsewhere.

There’s Too Much Drama – When I went out with a co-worker for lunch and the gossip started because she happened to be someone of the opposite sex, I didn’t like it.  They never said anything when I joined a basketball league with a male co-worker.  But maybe they would have if he was deemed beneath my station.  Because that, too, seemed to be an issue.  My colleagues seemed to pay more attention to what was going on in the office versus what work was actually being accomplished.  That type of outdated thinking didn’t jive well with me and so I decided to look for a job with a more professional atmosphere.  As one of our old interview subjects told us, save the drama for your mama.

One of the most stressful times in a career is losing a job. It can also be quite stressful if you're on the other side of the layoff.

Tips for How to Quit Your Job

Here at Vault, we are dedicated to helping you find ways to get hired, from drafting a cover letter to laying out the perfect resume, to finding your future employer. But at some point, you’re probably going to quit your job, either for a new position or to take a break (temporary or permanent) from the workforce.

7 Tips for Employers on Handling a Resignation

I remember when I graduated college and found a job working as a reporter for a local community paper, hoping to advance my career in journalism. After eight years, I struggled with the idea of looking for a new job.