Thanks to Goldman, Wall Street Work-Life Balance Is Better Than Ever 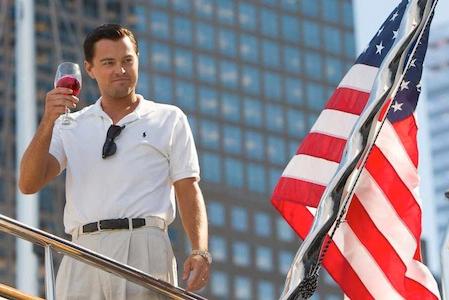 Due to a couple of recent high profile banker suicides that were apparently connected to brutal work schedules, you wouldn't think that working hours and work-life balance are getting better on Wall Street. However, according to the results of Vault's latest Banking Survey, that's exactly what's happening. And, in fact, now in investment banking, satisfaction with respect to work hours is at a five-year high, and work-life balance satisfaction is at an all-time high.

Earlier this summer, Vault asked nearly 3,000 banking professionals to rate their firms in a variety of workplace categories, including compensation, benefits, training, work hours, and work-life balance. Survey respondents were asked to give their respective firms ratings in these categories on a scale of 1 to 10, with 1 being the lowest and 10 being the highest.

In the table below, you'll see the scores that survey respondents gave, on average, in these two categories since 2011.

As for why work hour and work-life balance satisfaction have increased so much in the past year and have been climbing for the past two, it seems clear that, from the qualitative comments we received from bankers who took our survey this year, the new workplace policies enacted by Wall Street firms are to thank. And, as you might recall, the firm that began the trend of enacting radical policy changes to young bankers' historically difficult work schedules was none other than Wall Street's top dealmaker Goldman Sachs.

Nearly two years ago, Goldman enacted a "Protected Saturday" policy whereby junior bankers would not have to work between Friday nights and Sunday mornings (it also recently enacted another policy aimed at reducing interns' workload). The Protected Saturday policy was seen as a radical one, and there were many industry observers (including this blogger) who didn't think it would work. The (my) thinking was Wall Street had been operating for so long on the idea that junior bankers should get worked and worked hard, and 90-hour weeks were a right of passage to Wall Street riches. And so, even if junior bankers didn't work Saturdays, they'd certainly be forced to make up for lost time the other six days of the week.

However, what these industry observers underestimated is the fact that Goldman is such a leader and frontrunner when it comes to Wall Street policies, and that senior management and bankers across the Street would understand that the times are indeed changing and no longer would Wall Street, en masse, be able to work its juniors to the bone. And so, what occurred in the wake of the Protected Saturday announcement was scores of other investment banks, both big and small, following Goldman's lead, enacting similar policies of their own. And that was followed by banks across the Street beginning to instill a new type of culture, one that doesn't simply churn and burn out young professionals but tries to treat them like the next leaders of their firms. Which is not to say that juniors are still not, in some cases, putting in 90-hour weeks. But it's become a whole lot better with respect to work-life balance than it was five years ago on the Street.

One such bank that followed Goldman's lead was Bank of America Merrill Lynch, the firm which endured reams of poor press following the death of one of its European interns in 2013 (the official cause of the intern's death was epilepsy, but the intern reportedly died after pulling back-to-back all-nighters). Here's one BofA Merrill Lynch banker who took our survey this year speaking about his current quality of life: "Over the last two years, there have been numerous work-life balance initiatives, which have drastically changed the quality of life for a junior banker at BofAML for the better. In addition to tangible initiatives such as Protected Saturdays and hour limits, there has been a strong push culturally from every level at the bank."

Citi is another big bank that's put a protected day policy into place. And more than one Citi banker told us this year that the policy is "the best" part of the firm's quality of life offerings.

In addition, smaller banks on the Street have followed Goldman's lead. Here's a banker at Perella Weinberg Partners, one of the top investment banking boutiques, speaking on the topic of work hours and work-life balance: "This year was much better for lifestyle than last year. The firm was successful in implementing a new weekend rule whereby if you work a Saturday and Sunday one week, you are guaranteed a weekend day off the following weekend."

Yet another banker, this one at Evercore, a very prestigious investment bank, presents similar sentiments about her firm's new lifestyle initiatives: "There's a flexible weekend day off policy, where analysts and associates can choose one day each weekend to not work. Vacations are protected. There are many firm events throughout the year to show employee appreciation, and employees can work remotely, particularly on weekends and weeknights."

That said, not all Wall Street firms have enacted such policies, and there could be benefits to not having such policies in place.

A banker at one of Wall Street's largest and most prestigious banks has this to say about the benefits of not enacting protected day policies: "We don't have a strict weekend policy, but senior bankers are aware of our hard work and try to protect weekends and holidays whenever possible. This allows the junior bankers to decide how to allocate their time on a weekend if needed. My friends at other banks are forced to work really long Sundays sometimes, and that kills their whole week."

Still, in general, judging by our survey's results, these policies are having a very positive effect upon work hours and work-life balance. Even if firms haven't enacted Goldman-like protected day policies, banks are becoming more cognizant of the need to provide better lifestyle experiences for their junior bankers. Some banks, such as Moelis & Co., are now at least protecting vacation time. And other banks, such as Centerview, are even implementing metrics to make sure their young bankers aren't overworked.

Here's one Centerview banker who took our survey talking about that new policy: "The firm is highly focused on quality of life, and has recently added a system to help flag when junior bankers are dissatisfied or working too many hours. These metrics result in an immediate response from our staffer, who works with the senior members of the team to resolve it."

As for Goldman itself, last year in our Banking Survey, the firm's work-life balance score rose by 2 percent. This year, it rose again. But I'm not at liberty to divulge by how much; you'll have to check back on September 9th, three weeks from today, to find out Goldman's new work-life balance score. That's when we'll be releasing all of our new Banking Rankings, including our prestige rankings, quality of life rankings, diversity rankings, and the new Vault Banking 50, a ranking of the best investment banks to work for in North America.