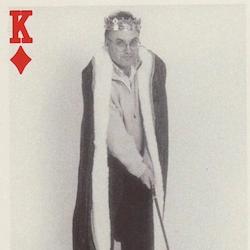 A few years back, one of the resume buzz phrases du jour involved describing yourself with some variation of the following: "good/great/strong/effective multitasker." It had all the hallmarks of a great catchphrase—it sounded fresh and exciting, it conveyed a sense of its user as someone with their finger on the pulse, it had very few negative connotations, and it seemed to cover a lot of ground without actually saying anything at all. (Really: it can just as easily mean "capable of drinking coffee while reading the newspaper" as "juggles multiple projects effectively.")

As the years have progressed, however, there is evidence to suggest that claiming proficiency in multitasking may no longer be of benefit to jobseekers, or even viewed as a benign catchall for someone fresh out of legitimate achievements to list under their most recent job title. In fact, rather than painting a picture of the candidate as a hard-working go-getter who's always in control, usage of the term may well be coming to have the opposite effect.

A single day last week saw two pieces appear in fairly mainstream U.S. publications—The New York Times and Slate—that deal with the negative side of multitasking. First, the Times reported on a study of what happens to people's productivity and ability to complete tasks correctly when faced with distractions. In a straight comparison of tasks completed by a non-interrupted control group and two groups who were interrupted twice while completing the task, the "interrupted groups answered correctly 20 percent less often than members of the control group"—a finding that indicates a significant loss of brain power due to "multitasking."

That was supported by observations made by researchers whose work was covered in the Slate piece. For that study, researchers observed middle school, high school and college students as they studied for 15 minutes. What the researchers found: thanks to distractions such as instant messaging, TV, music and the like, "[b]y the time the 15 minutes were up, [students] had spent only about 65 percent of the observation period actually doing their schoolwork."

For employers, that has to be something of a concern—these students, remember, are the workers of tomorrow. According to Slate:

"Attending to multiple streams of information and entertainment while studying, doing homework, or even sitting in class has become common behavior among young people—so common that many of them rarely write a paper or complete a problem set any other way.

But evidence from psychology, cognitive science, and neuroscience suggests that when students multitask while doing schoolwork, their learning is far spottier and shallower than if the work had their full attention. They understand and remember less, and they have greater difficulty transferring their learning to new contexts. So detrimental is this practice that some researchers are proposing that a new prerequisite for academic and even professional success—the new marshmallow test of self-discipline—is the ability to resist a blinking inbox or a buzzing phone."

Before we all go rushing to throw out our smartphones and track down a manual typewriter, it should be noted that the study in the Times piece found that there may be one positive takeaway from our tendency to decrease in performance when distracted. In a follow-up that repeated the exercise from the first experiment, one of the groups that had previously been interrupted were told that they would be interrupted again. They were, however, left uninterrupted to complete the task, but effectively in a state of "On High Alert." The result: that group outperformed every other group, including the never-interrupted control group—a result that, as the Times put it, suggests that it may be possible "to train yourself for distractions, even if you don’t know when they’ll hit."

Even that piece of the research—which the article notes requires further investigation—doesn't get the concept of multitasking out of the doghouse. Rather, it suggests that the key to staying on task is to train yourself to work with the threat of interruption hanging over you—a situation that might be more accurately described as focused solo-tasking, and which doesn't seem to be much different in theory than the kind of focus required to meet strict deadlines.

With all of that in mind, the potential cost of describing yourself as a multitasker starts to seem a little higher than it did a few years ago. While there will undoubtedly still be many people who are convinced that they can switch from one half-completed task to another with little to no loss of productivity, there is a growing amount of evidence to suggest that, at best, people are using the word incorrectly—try "strong project management skills" instead—or, at worst, they're incapable of focusing on the task at hand. If that latter association with the word becomes more common, suddenly it starts looking more like a hindrance than evidence that you'd be a great employee—which means it's probably time to retire it from your repertoire.

How to Identify a Healthy Workplace During Your Job Search

Workplace Mental Health and Well-Being Advice from the Surgeon General

The workplace is constantly evolving, and one of the most important workplace developments in recent years involves employee mental health and well-being. Last month, adding to the discussion, the U.S.