Save the Planet by Working from Home? 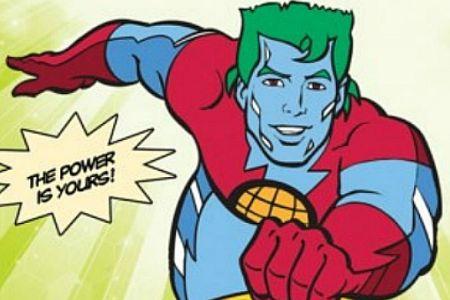 Working remotely isn't just good for your company—a fact touched on by my colleague in these pages a couple of days ago—it's also good for the planet.

The breakdown on those numbers is staggering: according to the release, Xerox's 8,000+ remote workers alone saved around 92 million miles of driving, and 4.6 million gallons of gas. And Aetna's performance was similarly impressive: with 43 percent of its employees engaging in some form of remote work arrangement (whether part-time, full-time, or as-needed), the health insurance giant reduced its carbon dioxide output by some 46,700 metric tons—the same amount generated by more than 2,500 average Americans in the course of a year.

The policies had financial benefits too: Dell calculated that savings from its flexible work programs amounted to around $12 million.

Where the data starts to seem truly impressive/frightening, however, is in the aggregate. According to research cited in the release, "if employees who held telework-compatible jobs (50% of the workforce) and wanted to work at home (79% of the workforce) did so just half of the time, consumers would save $20 billion at the pumps."

Not only that, but the US as a whole would:

Still want more reasons? OK: apparently not working in an office means that your company could reduce the amount of office space it needs—a savings on the obvious stuff, like rent, but also, according to the release, on "energy use associated with heating,  cooling and electrifying these unneeded spaces." (Although it doesn't note how much of those savings—or indeed the financial costs—would simply be transferred to the employees' homes, and therefore the employees, rather than being eliminated outright).

Finally, people seem to have different habits when they work from home, which can have positive environmental effects, too: telecommuters use less paper—likely because they're apt to consider the cost of the ink cartridge before mindlessly hitting "print" on that 94-page annual report they're only actually going to read the executive summary of—and also do more teleconferencing and online learning in lieu of traveling for meetings and training. Result: less time in airports, fewer carbon emissions.

So there you have it: if your previous exhortations to your boss about productivity and stress levels haven't worked, there's a new tactic you could try. Repeat after me: "Letting me work from home means you will literally be saving the planet." Throw in a superhero-themed t-shirt, and how could anyone say no?

Can Working on Wall Street Save Lives?

I have a friend who’s worked in BigLaw, for a big Wall Street bank, and for one of the biggest swinging hedge fund managers in the world. In other words, he’s made very big bucks.

5 Tips For Perfecting the Professional Humblebrag

Many people find it challenging to promote their own successes, worried that they’ll be viewed as overly boastful. However, whether you’ve been promoted, won an award, or just achieved a major milestone, it’s OK to occasionally toot your own horn — as long as you do it right!