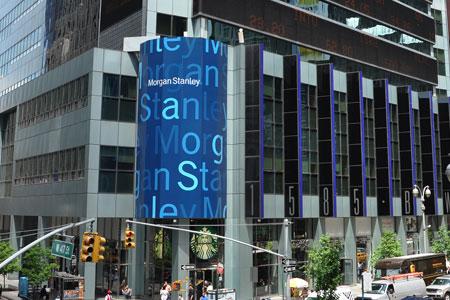 Rani Nazim is an Executive Director in the Fixed Income Division at Morgan Stanley, where she trades investment grade bonds and credit default swaps. She has worked for Morgan Stanley for the past nine years. Recently, she sat down with Vault and answered questions concerning the current state of female diversity in investment banking, what it’s like to be a woman on Wall Street, and Sheryl Sandberg’s “Lean In” philosophy. Below is an excerpt from that conversation.

Where did you grow up and go to school? And how did you get into banking?

I was born in Pakistan but spent a large portion of my childhood and adolescence living in Ireland and Saudi Arabia. After going back to Pakistan for high school, I decided to go to the U.S. for college and studied electrical engineering at the University of Pennsylvania. Although I considered pursuing a career in engineering, I became interested in finance after speaking with recent alumni at on-campus recruiting events. I worked as a summer analyst at Merrill Lynch between my junior and senior years. I had a very positive experience working on the Merrill trading floor and decided I wanted to pursue a career as a trader.

How did you find your way to Morgan Stanley and into your current role at the firm?

After graduation, I was offered a position as a first-year fixed income analyst in Morgan Stanley’s Hong Kong office. Morgan Stanley had a great rotational program and I was able to sit with and learn from a variety of desks within fixed income. I liked the open culture at Morgan Stanley and the emphasis they placed on developing new analysts. Unlike some of my American friends at Penn, I had no qualms about working in Asia because I did not have as many ties to the U.S.

While in Hong Kong, I worked in various roles in research, sales, and trading. Since I had a quantitative background and a competitive personality, I was most interested in trading and believed it was the best fit for me.

I worked on the trading desk from 2004 to 2007. I really enjoyed my time trading in Hong Kong and had excellent mentorship, which ultimately led me to a new opportunity. In 2007, the head of the Asia credit trading desk in Hong Kong asked me if I wanted to move to New York and continue trading Asian credit there. Having spent three years in Hong Kong, I decided I was ready for a change and accepted the opportunity. After trading Asian credit in New York for four years, the head of our group told me there was an opening to trade U.S. cyclical bonds and credit default swaps. He was very encouraging and told me he thought I would be a great fit for the role. I accepted and have been in this role ever since. My current responsibilities include trading corporate bonds issued by investment grade metals, chemicals, and paper companies in the U.S. I also trade credit derivatives. Given all the volatility in commodities, trading these sectors can be rewarding and sometimes nerve-wracking but always interesting.

What’s it like being a woman on the trading floor?

It’s widely known that there aren’t a lot of female traders on Wall Street, so women tend to get a lot of visibility. In my experience, managers have taken a lot of interest in my work, and I’ve also had a very supportive and encouraging mentor, which has helped my career trajectory. After three years in Hong Kong, I felt ready for a new challenge and felt comfortable bringing up my interests with my manager. This openness eventually led to my move to New York, which in turn opened a door for me to my current position. Developing close relationships with managers and mentors can often help move your career forward and provide opportunities you may not have had otherwise.

Do you think it’s possible for a woman to have a family and work as a Wall Street trader?

Managing a career and a family is always balancing act. And this job is definitely demanding. But there are many female traders who have families, and I see them successfully balance both work and family.

Do you think women can leave their jobs on Wall Street, start a family, and then reenter the workforce successfully?

Leaving for a year doesn’t preclude you from returning to the industry. In fact, I’ve seen several women take a year off and re-enter the workforce. Of course, there is some catching-up to do. But if a woman, or anyone for that matter, takes five years off, then returning to the workforce will obviously be more difficult. If you make a decision like that, you have to keep the future in mind. Where are you going to be 20 years from now? It’s a balancing act and very challenging. And it’s just as difficult for men to leave and come back as it is for women.

The commonly held belief is that there still aren’t a lot of women on Wall Street.  Over the course of your career, how have you seen that change?

Historically, finance has been a male-dominated industry and both minorities and women had a tough time building careers on Wall Street. But the nature of the business and the people in it are all changing, and I think this creates more opportunity. In my business alone, four women were promoted to senior management positions this year. I think this underscores the importance of female executives in the trading business and on Wall Street. Equally impressive, Morgan Stanley has been recognized by Working Mother magazine for 13 consecutive years as one of the “Top 100 companies for working mothers.” To me, this proves more women feel comfortable balancing work and family, so naturally you see more women on Wall Street.

The firm is really focused on hiring a diverse workforce, so we can offer a wide array of creative ideas for our clients. Our Campus and Lateral Recruiting teams actively reach out to women’s organizations and connect potential employees to current female employees. I have participated in some of these events. But the point is that Morgan Stanley hires top talent, regardless of their gender.

As for retention, there are a number of initiatives the firm offers. For example, I’m part of the VP Women’s Development Program, which identifies talented women across the firm and exposes them to senior managers. I had breakfast with James Gorman, the CEO. I also had dinner with John Mack, our former CEO, and several global division heads. This type of exposure to top management is very helpful. It inspires you to stay. It shows that the firm cares about you. It makes you feel like a valued employee. We also have mentorship programs for women, as well as for men, but mentees always have to remember that it becomes their job to stay in touch with their mentors. There are also a couple of organizations within the firm that provide women with networking opportunities and exposure to prominent females across different industries. The Women’s Business Alliance is one example. This women’s organization hosts various speakers like General Halstead and Maria Bartiromo and numerous other development and networking sessions. The firm also hosted Sheryl Sandberg.

What did you talk about when you had breakfast with Gorman?

We talked about the firm’s goals and its strategy. I found it very inspiring to learn about the strategy of the firm as a whole since I’m most often focused on my own business-specific strategy. Also, I was able to bring up specific concerns that I had. In those meetings, you can discuss anything you’d like.

You mentioned that Morgan Stanley hosted Sheryl Sandberg, did you attend her talk?

What did she talk about?

She shared an inspiring message about how women can lean in and achieve success: that we “have the permission to be ambitious.” She discussed the three reasons she thinks there is a leadership ambition gap among women: a lack of confidence that they have the critical skills to fill executive roles; the perception that professional ambition may be “distasteful”; and concerns about balancing work and family. I appreciated that she shared some great advice while candidly sharing examples of times when she grappled with her own self-confidence gap.

What advice would you give to women wanting to work in trading or other areas on Wall Street?

Work very, very hard. Ask a lot of questions. Always be eager to learn. Try to learn as much as possible. Be the best you can at what you do. Ask for more responsibility. Ask what you can do next—you should constantly ask for the next step. Be aggressive. And do not be shy. In this business, there are a lot of aggressive, type-A people. So you can’t be shy. A lot of people have been surprised at how straightforward I am. At work, I feel as though I’ve had lots of freedom to express myself freely and talk openly. I tell my manager if I don’t agree with something and then we can discuss it. Outside of work, that openness and freedom doesn’t always exist.

Employer Strikes Back: When Companies Respond to Public Resignations

You've probably seen the viral video of Marina Schifrin, a video editor at Taiwan's Next Media Animation, interpretive dancing her way out of a job.

Still at the office at 4:30am (!!), she made a movie of herself dancing around the office to Kanye West's "Gone" while subtitles documented her grievances.