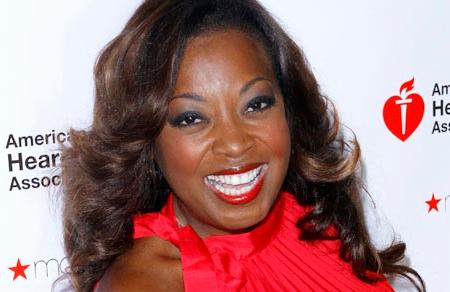 During the past year, our readers wanted to know which firms topped our annual rankings of law, banking, accounting, and consulting firms. They wanted to know how to write letters of recommendation for themselves and how not to write follow-up letters to employers. They also wanted to know why women aren’t doing a better job of networking, and if an M.B.A. is still worth their dime and a damn. And perhaps above all else, they wanted some simple tips on how to succeed on the job.

13. Late? Groggy? Hack Your Morning Routine
Five excellent tips on how to stay energized and on schedule in the morning, including this one: “It's less about the amount of sleep than about where you wake up during your sleep cycle. If you hit snooze because you woke up too early (as in, you feel exhausted and yanked out of 'deep sleep'), letting yourself take another 5 minutes could drop you into an even deeper sleep—leaving you feeling worse.” In other words, you snooze you lose.

12. Vault's Top 25 Internship Programs for 2014
“Vault surveyed more than 7,700 interns at more than 100 different internship programs. Respondents were asked to rate their internship experiences in five areas: quality of life, compensation and benefits, interview process, career development, and full-time employment prospects. These ratings were averaged in order to determine an overall score for each program and to develop a Top 25 ranking. And this year, the new No. 1 internship program belongs to …”

11. Why Women Struggle With Networking: Lessons from NAPW
The first of two posts that grew out of a National Association of Professional Women conference called “Spark: Ignite Your Network,” this one focuses on what women are doing wrong in the networking department. For example, “Women are scared to ask even the smallest favors of each other … even when the potential rewards are huge.”

10. Which Big 4 Firm is Most Prestigious?
In a lead up to our annual Accounting Rankings, we asked which Big 4 firm would reign as most prestigious. Would the "great but very very cutthroat" PwC again take the top spot? Or would the "very aggressive but over-promiser" EY, “strong but seemingly in decline” Deloitte, or "Big 3 kid brother KPMG" leap over PwC?

9. Vault's 2014 Consulting Rankings are Here!
Did Bain hold on to the top spot in the Vault Consulting 50? Or did McKinsey, Booz, or BCG unseat Bain to rank as the best consulting firm to work for in America?

8. One Interview Question You Should Definitely Ask
I’ll give you a hint. It’s not: “Which fraternity did you pledge in college?” Or: “How much dough did you pull down last year?” And it’s most definitely not: “By the way, how much PTO will I get if I land this gig?”

6. Why Good People Can't Find Jobs—What You're Up Against
“There's a serious disconnect between companies and potential employees in the United States—one that may be holding our entire economy back. And, contrary to the conventional wisdom, it's a problem that has been caused—and can only be cured by—companies. So says Peter Cappelli in his 2012 book Why Good People Can't Get Jobs.”

5. 50 Best Investment Banks to Work For
In this year’s annual Vault Banking 50, neither J.P. Morgan (which “draws great junior talent but that huge trading loss hurt its reputation”) nor Goldman Sachs (“these guys are on both sides of every deal but their attitude keeps getting worse”) took top billing, giving way to a new No. 1 firm (whose share price has nearly doubled in the past 12 months, meaning if you’re lucky enough to work here, and have a few stock options, you’re likely pretty p$yched right now).

4. The 2014 Vault Law 100 Rankings Are Here!
Nearly 17,000 associates took Vault’s annual Law Survey, and although the No. 1 firm was the same as last year (if you know Big Law you know who I’m talking about), there were a handful of new firms appearing in this year’s top 100: Dentons, Troutman Sanders, Haynes and Boone, and Duane Morris.

3. Is an M.B.A. Worth It?
These are the facts: There are more M.B.A. grads than ever. The cost of getting an MBA is higher than ever. MBA hiring is perhaps at an all-time low. And M.B.A. salaries have dipped in the past decade. That said, should you actually turn down an acceptance from a hallowed name like Booth, Ross, Sloan, or Fuqua?

2. Worst Follow-Up Email of All Time?
“We talked a couple weeks back at the UW-Milwaukee accounting night. (I was the one looking for equity research positions and had a zit on my lip that could have passed for a cold sore. Lol. Whew. It was not. You're probably like, "uh.. What?" Maybe that helps you recall, maybe not. Not completely important, I suppose.” No not important at all. But thank you for the terrifically terrible follow-up email, which made for one helluva humorous read.

1. Star Jones: "Simple Seven" Tips for Success
Everyone loves career tips. And apparently a lot of people also love Star Jones, the former host of TV’s “The View” and the very outspoken spokeswoman for the National Association of Professional Women. This year, Jones, whose career has seen its ups and downs (as well as controversies), gave an audience at an NAPW event seven tips for success, all of which begin with the skinniest and most egotistical letter of the alphabet: I.

I grew up in the 1980s a few miles north of Detroit, and during that time in the area it seemed like every third classmate of mine came from a household whose father worked for one of the Big Three automakers—GM, Ford, or Chrysler. I also remember quite a few fathers working for auto part manufacturers.

How to Avoid #AskJPM and Other PR Nightmares

Five women, all embarking on law careers at Debevoise & Plimpton, reflected on "ambition, leadership and success" for the September 9th, 2001 issue of the New York Times.

Unsurprisingly, they sounded confident, modern, full of energy, and boundlessly optimistic about their career possibilities as women in a male dominated field—especially at the high levels they aspired to.