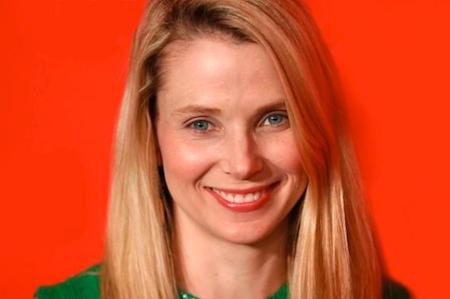 It hasn't been a good week for Yahoo. Yesterday, in its fourth quarter 2015 earnings report, Yahoo said it had accidentally overvalued itself by a $4.5 billion and announced it would be laying off 15 percent of its 11,000 employees. And on Monday, it was revealed that a former Yahoo employee is filing a lawsuit against the company, alleging that Yahoo manipulated its infamous employee-rating system to illegally fire him (and perhaps hundreds of other employees).

In a lawsuit filed in Federal District Court in San Jose, Calif., on Monday, Gregory Anderson, an editor who oversaw Yahoo’s autos, homes, shopping, small business and travel sites in Sunnyvale, Calif., until he was fired in November 2014, alleges that the company’s senior managers routinely manipulated the rating system to fire hundreds of people without just cause to achieve the company’s financial goals.

Mr. Anderson said the cuts, including what his boss said was the firing of about 600 other low-performing Yahoo employees at the time of his termination, amounted to illegal mass layoffs.

According to Anderson, while at Yahoo, he "had received high ratings and a promotion before taking a leave of absence in the summer of 2014 to study at the University of Michigan on a Knight-Wallace Fellowship," a leave that received the okay from two of his managers. But while in Ann Arbor, Anderson was notified that he rated very poorly on the 1 to 5 scale, was at the bottom 5 percent of Yahoo's staff, and thus would be let go. Anderson claims he was blindsided by the poor rating and was subsequently "stranded" in Michigan with his family.

This isn't the first time Yahoo's rating system has come under fire (incidentally, the system was a recommendation by the consulting geniuses at McKinsey & Co., and it's one that other big companies like GE and Microsoft have gotten rid of due to its morale-crushing nature). But it is the first time that its legality has been called into question. And if it's proven that the system was used illegally, it could spell disaster for Yahoo (which is already a ship with many holes in it and whose captain, CEO Marissa Mayer, doesn't appear to be able to save it from sinking deeper into the red).

At Yahoo, the program, known internally as Q.P.R., has been a sore spot among managers and employees since it began. The court filing said that managers were forced to give poor rankings to a certain percentage of their team, regardless of actual performance. Ratings given by front-line managers were arbitrarily changed by higher-level executives who often had no direct knowledge of the employee’s work. And employees were never told their exact rating and had no effective avenue of appeal.

There is more to the suit, too. Anderson, in addition to calling into the question the use of the rating system, is also claiming that, when fired, he was discriminated against. For being a man. That is, he's claiming that his managers, both women, fired him at the expense of keeping lower-performing women.

The complaint also singles out Kathy Savitt, Yahoo’s former chief marketing officer, and Megan Liberman, the editor in chief of Yahoo News, for discriminating against men in the company’s media division, where he was employed. According to the complaint, the percentage of female managers in Yahoo’s media division increased from 20% to more than 80% during Savitt’s tenure and “females with the same Employee Score as male employees were treated better than their male counterparts”.

Irrespective of the outcome of the suit, it seems that Yahoo's employee-rating system is, at best, a very bad idea that should be eliminated. And, at worst, a disgusting system that allows a firm to use and abuse its workforce at will. Of course, Yahoo believes it's a fair and just system, loved by all. Here's part of the firm's response to the suit:

" … fairness is a guiding principle of our annual review and reward process. Our performance review process was developed to allow employees at all levels of the company to receive meaningful, regular, and actionable feedback from others. We believe this process allows our team to develop and do their best work."

If anyone out there reading this works for Yahoo, I would really love to hear what you think of the above statement. Also, if anyone at Yahoo would like to rate Marissa Mayer's performance as Yahoo CEO on a scale of 1 to 5, where 1 means "she should be sacked" and 5 means "she's doing a heck of a job," I'd also love to hear from you.

Read More:
So Would You Work for Amazon?
The Problem with Netflix’s Parental Leave Policy
Why Is Silicon Valley So Un-Family-Friendly?

So Would You Work for Amazon?

By now, you've probably seen or heard about the New York Times' recent expose of what it's like to work at Amazon. I mean, who doesn't love a good behind-the-scenes take on one of the most successful companies in the world?

Let’s say you’re a 30-year-old woman and you’re 22 weeks pregnant with your first child. Now let’s say you work for Netflix, which just announced a new maternity and paternity leave policy that allows new mothers and fathers alike the ability to take as much paid parental leave as they want during their child’s first year of his or her life.

Why Is Silicon Valley So Un-Family-Friendly?

I find it endlessly fascinating and perplexing that technology, which is supposed to better our lives and simplify them, often proves to complicate our lives and make them more difficult. And it’s not just the products that do this but the companies themselves—the employers behind the products.