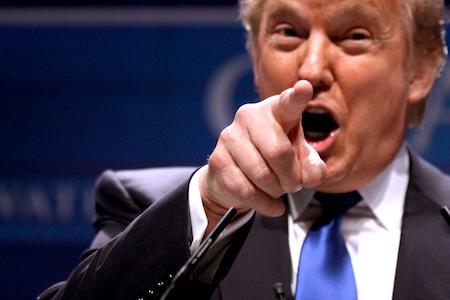 According to Christa Quarles, the CEO of Open Table, an online restaurant-reservation service that seats more than 19 million lunchers and diners a month, there is in fact a best way and time to let someone go. Quarles, the subject of a recent New York Times Corner Office column, has years of experience when it comes to having to terminate an employee's employment.

The first time I had to fire someone whom I had specifically hired, I was truly sick to my stomach. I fought the idea for a long time, and thought I could mitigate the problem.

And then you start realizing it’s actually better for that person too. The kind thing is saying that you’re not going to be successful here for these reasons, and you want that person to find their better path.

I’ve had to terminate lots of different kinds of people in different roles, and I would say that the minute you know it’s not right should be the minute you do it. And you never regret doing it too soon. You always regret waiting too long. When somebody’s not right, there is addition by subtraction sometimes.

Incidentally, Quarles began her career in investment banking. She worked for Merrill Lynch, Morgan Stanley, and the now defunct but once formidable boutique bank Thomas Weisel before moving on to the C-Suite at Walt Disney and then Open Table. And so, she's learned a lot more than how to fire someone during her career. For example, she's also learned the power of vulnerability: how being vulnerable can enhance rather than hurt managerial success.

Early on, especially when I worked on Wall Street, God forbid that you declare any granular weakness, because people would pounce on it.

But the paradox of owning what you know and what you don’t know is that you actually seem more powerful as you expose more vulnerability. I’ve become more comfortable with exposing my vulnerability and not being afraid to go there.

When I give criticism now, I’ll talk about how I failed in a similar situation. I try to humanize the criticism in a way that says this is about an action, it’s not about you as a person. I want to make you better. If somebody feels like they’re in a safe place and they can hear the message, they’re more likely to change.

Another piece of advice that managers and budding managers should steal from Quarles' playbook has to do with how the CEO deals with teams working on new products or services. Quarles likes to use the phrase "Early, often, ugly," which I'd recommend any manager adopting as his or her own.

The other surprise [of working as a CEO for the first time] was that people were afraid to share things early on. Teams were trying to perfect something before they would show it to me, and they’d waste a ton of time trying to get it to be perfect to show to the C.E.O. So I said, “Early, often, ugly. It’s O.K. It doesn’t have to be perfect because then I can course-correct much, much faster.” No amount of ugly truth scares me. It’s just information to make a decision.

As for how Quarles makes her hiring decisions, she says she looks for the brightness in your eyes.

I am looking for whether your eyes light up when you’re talking about 80 percent of what the job requires. And I always ask, “What kind of work do you avoid doing?” Because there’s always a part of your job that everybody hates. I want to understand what part that is, and I also want to understand what makes your eyes light up. The person who enjoys their job is going to give you 20 times the effort.

And so, it follows in Quarles' world that if you're ever on the losing-your-job end of a layoff conversation at your place of employment, it's likely that you're not a terrible employee; you're just not enjoying your job all that much. So losing it, while stressful, might not be the worst thing after all. It could just mean that you're getting closer to finding a job you like, and thus one at which you will thrive.

How to Cope With Losing a Job: The Letterman Edition

You don't need me to tell you that David Letterman was a US TV institution—his Late Show ran for more than 20 years, and was (usually) the second-most-watched late night show in the country.

Since stepping away from the show in 2015, he seems to have been taking it easy, but what about the people who worked for him? As the following video from LinkedIn demonstrates, it takes a small army to create an institution like the Late Show, and when Letterman decided that the end was nigh for him, it meant that time was also up for everyone who worked for him.

How Sexist Is Wall Street?

It's been many moons since I worked in investment banking as an M&A analyst and associate. And so, in this day and age, I'm sure that things like this don't happen anymore: holiday parties that end at strip clubs, male bankers asking each other if they'd "[insert your favorite expletive]" this or that female banker, male bankers taking long lunch breaks to "see their chiropractors" (a/k/a get massages that end happily).

Why You're Not Reaching Your Potential

Best-selling author Malcolm Gladwell is on mission to uncover the secrets to greatness; he's also on a mission to help us uncover our own greatness. At least, that's how I read a lot of his work.