How Workplace Harassment Holds Women Back 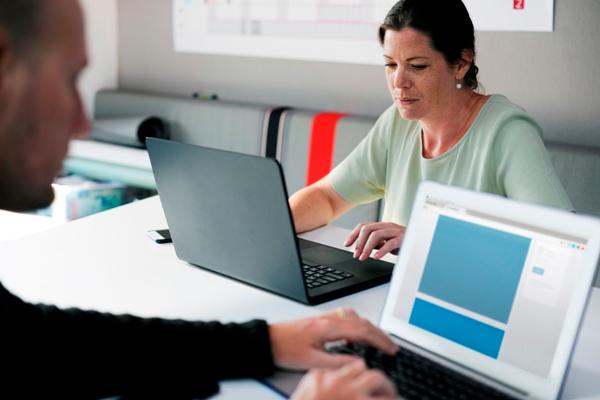 In almost any other year, sexual harassment—and especially the Harvey Weinstein story—would have been the biggest story of the year. But it's 2017, and there are lots of other things going on that are competing for airtime and eyeballs.

As crowded as the market for our attention may be, we can't afford to lose sight of the importance of dealing with harassment and assault—as the recent #MeToo campaign has highlighted, it's an issue that affects untold numbers of people, the vast majority of whom are women. And it's clearly not something that is confined to just a couple of industries. As such, finding a way to deal with harassers should be one of the most urgent issues of our time.

Aside from the obvious fact that no-one should have to live in fear, or with the memory, of being harassed in any sphere, one of the reasons it's so important to deal with harassment specifically in the workplace comes down to simple access to opportunity and the ability to make career progress. Siva Vaidhyanathan, a cultural historian and media scholar, underlined that point on Twitter earlier today, with a long thread about how even well-intentioned warnings (i.e. advising women to stay away from known harassers) can have unintended consequences. As he makes clear, when women are afraid to be alone with certain men—or warned not to go near them—they're effectively punished twice: first by not having access to the privileges, favors and knowledge that the person may be able to bestow; and, second, by losing ground to the men who can take advantage of that access without second thought.

If we want to address the issue of lack of diversity at the top of the corporate world, harassment is one of the barriers women face that needs to be removed.

Here's the thread in full (note that it's been "unrolled" using ThreadReader but, due to technical limitations, it's displayed here as images): 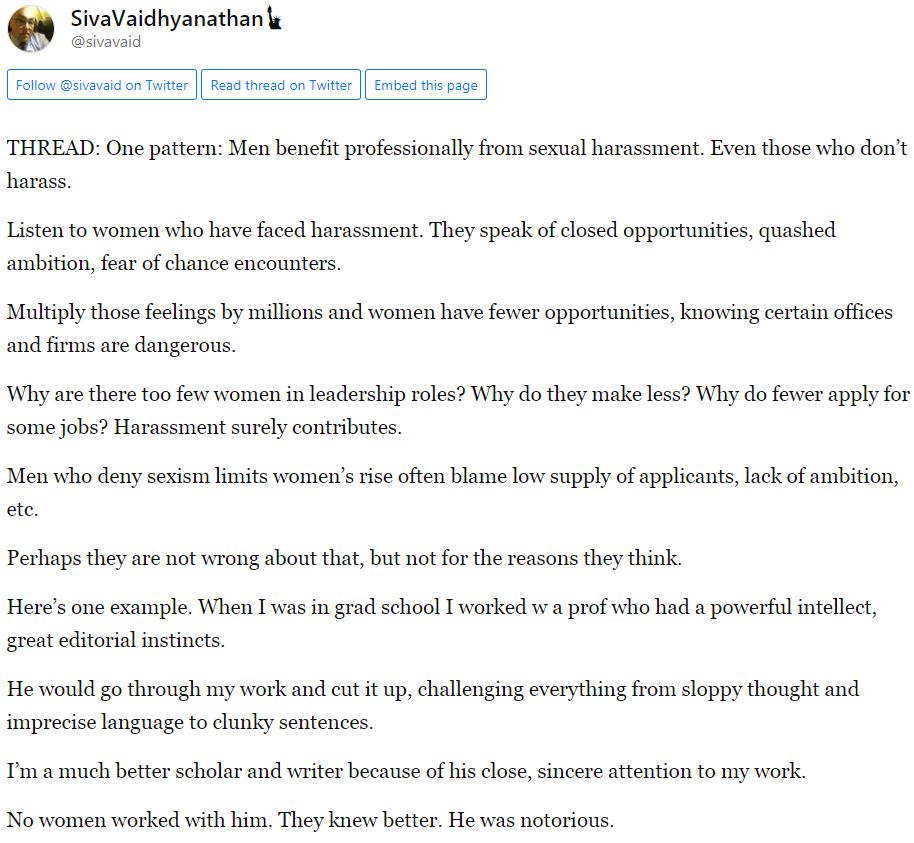