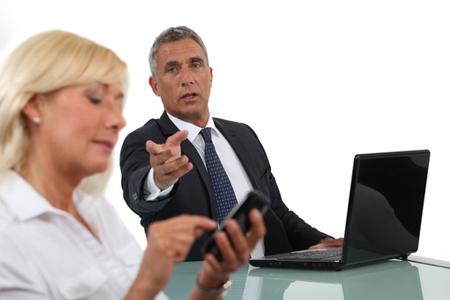 I know what you're thinking. Do we really need another article on social media tips for professionals? Is it really possible that, in 2013—the year of the failed resurgence of Anthony Weiner, and the revelation of the extent of the spying capabilities of the NSA—we still need to go over how you can use Twitter without getting fired/destroying your career prospects for the foreseeable future? Really?

OK, then—let's do this one more time.

First things first: most of us have as little to worry about in this realm as we would in the unlikely event that the NSA did decide to start reading our emails. Which is to say, not much—unless sharing cat gifs or fantasy sports-related insults suddenly becomes a treasonable offence.

With that important point out of the way, here’s a warning: most of what you're about to read is common sense. If you don't have the time or inclination to continue reading beyond this point, here's your takeaway: when using social media, exercise common sense. If that bit doesn't make sense to you, or you'd like a bit more detail, feel free to read on. To make it worth your while, I'll even throw in a point about how you can use social media to help your career.

You know how there are some jokes or comments that you wouldn't dream of repeating or laughing at in polite company? The same goes for the world of social media: if in doubt, keep it to yourself. Even if you think your profile is locked down, the one thing we should all know about digital media by this stage is that, once it's out there, it lives forever and can come back to haunt you at any time. If you find yourself compelled to make utterances that are likely to offend others, at least do it vocally—that way, at least someone else needs to record it before it can destroy your career. Better yet, just complete and live by the following old-timey maxim: "If you can't say anything nice…"

You're a brand. Treat yourself that way

I know, I know. Considering anything about your life to be part of a "brand" is soul-suckingly awful. The most awful part, though, is that it's true. Sure, there are people who can be themselves, say what they want, and never bear any ill consequences as a result. There are also people like the aforementioned Mr. Dickinson, who thought they could do that, and who are now surveying the wreckage of their credibility and trying to figure out how they're going to rebuild it. A bit of foresight—a/k/a "brand management"—could easily have averted all of it. To wit: before posting anything, take a few seconds to consider how it might be received by your audience—even if that audience is only your closest friends. If the answer is anywhere on the scale from "hmm, there's a chance that someone might take this the wrong way" to "heh, this should really rile the PC-brigade up," take your finger off the "Enter" key and move it up a bit until it finds the one marked "Del".

Once you're comfortable with the notion that you're a public figure, and you've accepted that a modicum of decorum is necessary to avoid becoming an object of derision, it’s time to start thinking about how you can use social media to your advantage. From a professional perspective, this can be anything from showcasing your knowledge with commentary on current industry news and events, to connecting with leading figures within your field.

If all else fails: get off the internet

Seriously: if you can't maintain a web presence without trolling your audience, the best thing you can do is sever your connection to it. Take a walk. Think about the other things you could be doing with your life. Resist the temptation to create an alias—if you need to create a fake identity to say the things you want to say, you already know everything you need to about the value of your message. By leaving, you'll be doing everyone a favor—including yourself.

If that isn't enough of an incentive, consider this one: a world without people getting fired for social media flubs would mean a world without blogs on how to avoid them. What could be better than that?

50 Best Investment Banks to Work For

Earlier this year, Vault surveyed nearly 3,500 banking professionals, asking them to rate their peer firms in terms of prestige, as well as their own firms in several quality of life categories, including compensation, hours, culture, business outlook, training, and overall satisfaction. A weighted formula* was then applied to these ratings to create the 2014 Vault Banking 50—a ranking of the best firms to work for in investment banking.